A Power Struggle in Germany: David, Goliath, and the Future of Energy Systems

Few countries have increased their use of renewable energy as much as Germany. With more than 50 gigawatts of solar and wind power installed, a country that is about as far away from the earth’s sun belt as Canada and with limited access to windy shorelines has become one of the world’s leaders in clean power. After the Fukushima nuclear accident in Japan in 2011, the German government decided to move further towards clean energy. It shut down half of its 17 nuclear reactors within two months of the accident and Parliament decided overwhelmingly to phase out the remaining nuclear power plants by 2022.

Yet despite this societal consensus and the country’s 20-year history of renewable energy growth, energy policy in Germany is currently in a state of controversy. The debate has implications for any countries or companies seeking to increase use of renewable energy.

On the surface: A dispute about two pennies

The spark to the controversy seems surprisingly insignificant. On October 15, 2012, German regulators announced that the surcharge paid by residential consumers to finance investment in new renewable energy facilities would increase by 1.7 Eurocent (or 2.15 North American pennies) per kilowatt hour. As a result, some politicians warned that electricity would “become a luxury item,” echoed by media warnings of “hefty bills” faced by Germans as a result of their decision to phase out nuclear power.

How can two pennies spark a fundamental debate about a country’s energy future? The average German household would pay an additional 60 Euros ($76) per year. In any case, two thirds of German households are unaware of their electricity cost; when I ask my students, even fewer can give a reasonable estimate of their electricity bill. Certainly for some lowest-income households, 5 Euros more per month may mean a lot, but is this the real issue?

Perhaps the uproar comes from industrial rather than residential customers? Certainly globalization has increased cost pressure on Western firms in recent years; maybe a two penny increase on electricity bills is the proverbial last straw. However, industrial energy consumers who face international competition have long been exempted from the renewable energy surcharge. So the issue is not competitiveness for industrial firms challenged by globalization.

The underlying fight for energy futures

The recent headlines from Germany really reflect a fundamental controversy about two very different energy futures — a decentralized versus a centralized vision. Sooner or later, this will be a choice relevant to any country or company seeking to use more renewable energy. The decentralized energy vision focuses on small-scale, distributed power generation. Individual homeowners and farmers produce their own rooftop solar power and villages become energy-independent by combining wind, biomass and solar. In the extreme version of this scenario, customers disconnect from the main electricity grid, similar to telephone customers giving up their fixed line connections.

The centralized vision, by contrast, follows a “big is beautiful” approach. It basically suggests an extension of the existing paradigm of large power plants, and — when it comes to renewables — emphasizes large-scale projects ranging from offshore wind farms to centralized solar power generation in remote locations.

In Germany and elsewhere, the two visions have different advocates, related in part to firm size. In the centralized scenario, big utilities can leverage existing competencies — for example financing large projects, managing political risk and operating long-distance transmission lines. The decentralized solution would create more competition for these incumbent energy firms. While renewables in Germany were an add-on — the icing on the cake — this conflict was not apparent. Many utilities were happy to add a wind turbine here and there to their portfolio (and a picture of it into their CSR report).

Now, in Germany, as renewable electricity approaches 25 per cent and more power in summer peak hours comes from solar than from nuclear, the issue has moved to the center of the energy policy debate. Below the surface of the two-penny headlines, this power struggle fuels the controversy.

The controversy in Germany reflects a long-standing duality in debates about energy systems. More than a century ago, in the “war of currents,” light bulb inventor Thomas Edison pursued a decentralized vision of the electricity system based on direct current (DC), while Nikola Tesla and George Westinghouse promoted a more centralized approach based on alternating current (AC). Edison lost and centralized power systems dominated for more than a century, despite regular attempts to promote more decentralization. The German energy industry law of 1935 marked another interim victory for centralized power.

Advocates for decentralized power have remained, especially in the environmental community. Reports like Amory Lovins’ Small is profitable: The hidden economic benefits of making electrical resources the right size (2002) have seemed far from changing the reality of energy markets — but then again, the recent surge in wind and solar may have started to change the picture.

Have we finally reached the crossroads now? Has solar power reached a tipping point that means it will soon become “too cheap to meter?” Does the German debate therefore mark the start of the end game of the centralized energy world? Or does it reflect little more than a hiccup on the way towards a continued co-existence between large- and small-scale energy solutions? Time will tell — stay tuned for news from Germany.

Rolf Wüstenhagen is Director of the Institute for Economy and the Environment (IWÖ-HSG) and holds the Good Energies Chair for Management of Renewable Energies at the University of St. Gallen (Switzerland). His research and teaching focus on various aspects of the renewable energy market development, from energy policy, to business models and investor behaviour, to marketing and consumer behaviour. Before embarking on an academic career, Rolf worked in the venture capital industry, where he was involved in energy technology investments with a focus on solar photovoltaics, wave energy and combined heat and power generation. He served on the Swiss Federal Energy Research Commission from 2004-2010, and on the lead author team of the special report on renewable energy and climate change mitigation of the Intergovernmental Panel on Climate Change (IPCC) from 2008 to 2011. Since 2011, he has been a member of the advisory board of the Swiss government’s energy strategy 2050. 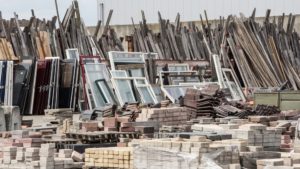 How to Accelerate the Circular Economy 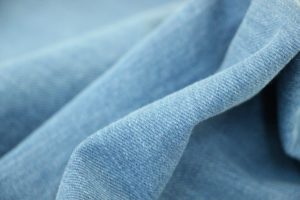 Companies produced an estimated 2.7 billion meters of denim in 2016. But those chic distressed or skinny jeans can leave a toxic trail.