Executives and marketers can use their business to push for positive change. Doing so is good for the financial bottom line of small businesses – but risky for big businesses.

At the same time, Chick-fil-A President Dan Cathy publicly condemned gay marriage. “We’re inviting God’s judgment on our nation when we shake our fist at him and say we know better than you as to what constitutes a marriage,” he said in a radio interview.

These are examples of corporate advocacy. Businesses leaders can push for change on any issue they see as relevant to society or their business, from climate change to gun control to jobs for immigrants.

The way businesses advocate is equally varied. Leaders may choose to:

If you’re thinking about using your business to fight for your values, you might be wondering what impact it could have on sales.

So, they ran a series of experiments, with 3700 people from the United States and United Kingdom. In each experiment, participants saw a set of similar products, like shoes or t-shirts, from several different companies. The researchers asked them to choose a product. (So that the experiments mirrored an actual buying situation, participants were told that some would be able to keep the product they chose.)

The researchers then told participants about one company’s advocacy work, and gave them the chance to reassess their choice.

They found that when companies take a public stance on a controversial issue, they gain customers who agree with their position and lose customers who disagree. Specifically:

In this article, we describe each of these findings in more depth. Read right to the end for actionable recommendations for marketers or executives considering advocacy.

Research continually shows that people who disagree with something respond more strongly than those who agree. For example, in one of the researchers’ experiments, a company lost 73% of its existing customers who disagreed with the company’s position — but captured only 33% of potential customers who agreed.

Social media posts paint a similar picture. Supporters often give companies written praise (a mild response), while opponents post videos of the destruction of the company’s products.  (If you’re going to take a stance on something, make sure you have thick skin!)

2. If you don’t have many customers, advocacy still pays

Intriguingly, advocacy can still help the bottom line for small companies — even if the majority of society disagrees with your position.

That’s because small companies don’t have many customers to lose and their “uncaptured market” is much larger. Gaining even a small percentage of those potential customers improves sales significantly.

Hydock offers this example. Say you run one of 25 restaurants in a city’s downtown area, and have 4% of the current market share. Then, you broadcast your beliefs that vaccine passports are morally wrong, knowing that only 25% of the population agrees with you. What will happen to your sales?

Well, you’ll lose some existing customers who support vaccine passports, but you’ll gain some new customers who think like you. And the haters will react twice as strongly as the supporters.

If you lose 2/3 of the existing customers who support vaccine passports, but gain 1/3 of the potential customers who think they should be optional, you still come out ahead. You’ll end up with 10% of the market share instead of 4%. Check out the figure below to see why!

If you decide to fight for your values, do it with conviction. Be willing to be a first mover. Keep your message and actions consistent. If you’re voicing support of gay marriage, make sure diversity, equity, and inclusion are baked into your hiring and promotion.

“If customers think you’re faking it, you’re destined for a net loss,” says Hydock. “The haters will have an extra reason to hate, and the supporters will be less likely to support.”

If a company’s politics are already clear, advocacy won’t cause disruption

What if you’ve been “authentic” all along? Some companies are already seen as either liberal or conservative, even before taking public stance on a controversial issue.

For example, even before Chick-fil-A president Dan Cathy condemned gay marriage, the chain emphasized its Christian roots. It was closed on Sundays and played hymns at its headquarters.

“In a case like this, the brand was already attracting customers with similar values and repelling others,” Haydock said. “When Cathy spoke out against gay marriage, it probably appealed to his existing customers, and turned off those who were already turned off.”

So, you’re a marketer or an executive. You have strong views on something that’s happening in the world. You want to add your voice (or your dollars) to the conversation.

Many factors will impact your calculation – and some of them may not be related to the balance sheet. But these tips will give you an educated guess on which direction your sales will go.

Hydock, Chris, Neeru Paharia, and Sean Blair. 2020. Should your brand pick a side? How market share determines the impact of corporate political advocacy.“ Journal of Marketing Research , 57(6), 1135-1151. 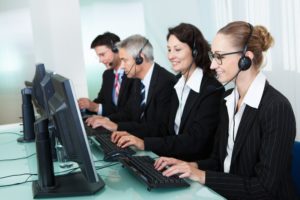 This study answers two questions: 1) How do firms manage stakeholders to improve their market performance? 2) What competitive benefits can firms obtain by managing stakeholders? 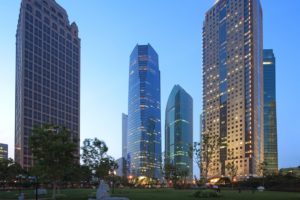 Companies are searching for new ways to foster employees’ ethical behaviour and minimize the potential for reputation-damaging scandals.