Buying Furniture on iTunes: Creative Destruction in a World of “Locavore” Production

Imagine an iTunes for furniture, shoes, and (eventually) cellphones and vacuum cleaners.

Globalization is full of paradoxes. Consumers who have ready access to goods from anywhere in the world seem increasingly willing to buy local. The number of farmers markets in the US has tripled in recent years, and “locavore” cuisine has become a bona fide movement since that term was the Oxford Dictionary’s word of the year in 2007. In my home town of Ann Arbor, Michigan, many restaurants provide detailed information on the local genealogy of their ingredients, and there are five microbrewers in one three-block radius.

Locavorism will not be limited to food. New production technologies and radical declines in their cost mean that in years to come we will have local, on-demand production of goods ranging from prosthetic limbs to auto parts to phones.

Environmental benefits are obvious. In a decade or two, we may look back with horror on a generation of North Americans that expected to buy bell peppers flown in from Holland, wine shipped from Chile, and phones and electronic goods from China.

But threats to businesses are also obvious. Locavore production will be highly disruptive to existing businesses. Consider how the music and publishing industries have been completely re-made by the Web, and how education and health care will be re-organized as the mobile internet renders their traditional models obsolete.

What are the threats and opportunities for producers in a world of locavore production?

First, a little history. Locavore production has its roots in globalization and the move away from vertical integration. Vertically-integrated producers like Ford Motor Company traditionally sought stability by owning much of their supply chains, and they often located crucial suppliers on-site. In contrast, Nike — a quintessential global enterprise — pioneered a model in which the company focused on design and marketing while contracting out production to overseas producers.

Over the past generation, the North American economy has been substantially “Nikefied,” as industry after industry has adopted a modular production model. From consumer electronics to pet food to pharmaceuticals, the goods North Americans buy are routinely manufactured and distributed by anonymous generic producers, not the company whose name is on the label.

One result of this widespread vertical dis-integration is that new entrants are often able to scale up rapidly and out-compete established firms by relying on the same outside suppliers and distribution channels that the big names do. With fewer than 200 employees, Vizio was the largest-selling brand of televisions sold in the US in 2010, beating out Sony and Samsung. The best-selling portable video camera in recent years was made by Flip, with only 100 employees. Anyone with a web connection and a clever design can set factories in motion in China after a quick visit to Alibaba.com , and get his or her goods shipped from the dock to stores by Shipwire.com.

A second result is that there is now a technological infrastructure to produce stuff almost anywhere. A design can be rendered on free software like Autodesk 123D and shared over the Web. Thingiverse.com contains thousands of freely downloadable designs suitable for production on 3D printers, and there are similar open-source repositories. In most cases, one can download and customize the design. A 3-D scan of Stephen Colbert’s head has been turned into printable designs for coffee mugs, cufflinks, bookends and more. The open source ethos of Linux and Wikipedia rules on this new frontier.

CNC, or Computer Numerical Control, allows machine tools to be operated by programmed commands, rather than operated manually or mechanically. What CNC means in practice is that if you can draw it on a computer, you can make it. For instance, ShopBot Tools makes a highly sophisticated but relatively low-cost CNC router that allows someone with virtually no woodworking skills to create a design on a computer, throw a board on the machine, hit “print,” and watch as the design on the screen is executed by the router. Scores of designs for furniture and crafts are posted online so that users can download them, modify them, and “print” them using their favorite local materials.

The radically lower cost structure for production equipment makes possible innovative business models. For instance, TechShop provides members access to a wide array of CNC machines and other sophisticated tools, including high-end design software, for a modest monthly fee, along the lines of a fitness club. With fairly minimal training, it is possibly to learn to use laser cutters, milling machines, water drills, industrial sewing equipment and more. The TechShop model is eminently replicable, and one could easily imagine TechShop franchises in every town in North America, occupying the spaces abandoned by thousands of Borders and Circuit City stores.

Now consider Ikea, which produces flat-pack furniture that is shipped and sold around the world. What Ikea sells is not furniture per se but a recipe for furniture along with the parts necessary to build it at home. The ShopBot router is to Ikea what Napster was to the music business, enabling businesses like AtFAB to sell furniture designs that users can download, send to the router, and assemble themselves or hire someone else to make. Their motto? “Ship information not stuff.”

Within a few years, it is likely that thousands of products currently manufactured in East Asia and shipped around the world will be produced locally when they are needed. There are already whimsical designs for shoes produced by 3D printers, and it is quite plausible that designs will adjust to being printable.

A Role for Business

So what’s the business challenge? It’s how to sell value-added designs for locavore consumers who want to do it themselves (or hire local makers to do it for them). In some sense, this is the logical endpoint for design-based businesses like Nike and Ikea. Imagine an iTunes for furniture, shoes, and (eventually) cellphones and vacuum cleaners.

This model will require a very different set of skills. Many industries will go the way of newspapers, unable to adapt to a new business model. But some firms will find a way to adapt, either by creating and hosting the tools for locavore production (e.g. ShopBot, TechShop), using their skills to create designs suited for locavore production (e.g. Ikea), or hosting a marketplace for product recipes (perhaps Amazon.com?). But one likely winner from a world of on-demand local production is likely to be the natural environment, as the model of globalization rooted in cheap fossil fuels fades into the past.

Davis’s research is broadly concerned with corporate governance and the effects of finance on society. Recent writings examine the role of corporate directors; changes in the ownership and control of US firms; the effects of social movements on what companies do; and how ideas about corporate social responsibility have evolved to meet changes in the structures and geographic footprint of multinational corporations.

His recent book Managed by the markets: How finance reshaped America examines the consequences of the financial revolution for corporations, banking, states and households in the 21st century. 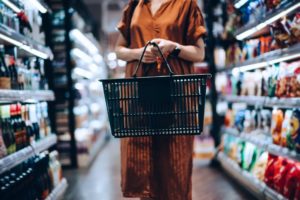 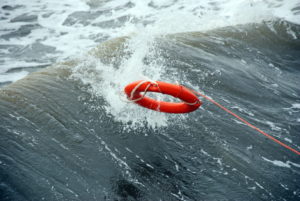 How can insights in academic journals lead to real-world impact? Find a model in “Entrepreneurship Rapid Research Response,” a new journal format. 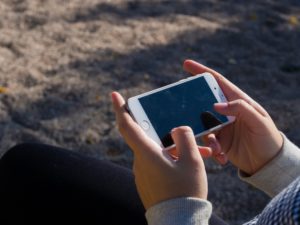 The Power of “Good Enough”