Conversations about sustainability need shared understanding to move from rhetoric to effective, collective action. Civic dialogue allows that to happen.

Conversations about sustainability need to move into the larger population. Civic dialogue allows business to engage with citizens around sustainability issues and build the consensus necessary for appropriate and effective action.

In civic dialogues, people from all backgrounds come together to develop shared understanding around critical and often controversial issues. Businesses have traditionally played little role in such dialogues — but their involvement can help to mobilize sustainability.

Recognizing the Need for System Change

When Canadian business leaders gathered to share their top sustainability priorities, they wanted to change the system.

Many said they have “picked all the low-hanging fruit” with respect to their organizations’ environmental and social impacts. These companies are looking beyond the boundaries of their own organizations to advance sustainable business practice. They want to know: How can we have a national dialogue on the issue of sustainability? How can we become a citizenry aware of and committed to sustainable living?

In response, NBS led this project on civic dialogue. The project was an innovative collaboration between research and practice. Researcher Dr. Thomas Webler summarized the best academic and practical research available on civic engagement. A working session of leaders from the business, non-profit, and academic communities provided extensive feedback, which Dr. Webler incorporated into the final documents.

This Main Report, the “Best Practices Guide,” provides specific details on how to implement civic dialogue, with numerous case illustrations. A companion Executive Briefing summarizes the case for business involvement in civic dialogue.

Who Should Read This Report

The Best Practices Guide is intended for those charged with implementing business involvement in a dialogue: for example, outreach leaders trying to advance a sustainability agenda within their firm, or brand managers wishing to better understand the wants and needs of clients and customers. It can also be useful for staff in NGOs, or government who want to engage businesses effectively in civic dialogue.

A New Opportunity for Business

“There is an inherent wisdom among citizens that business would be wise to tap.” – Elizabeth Dowdeswell, founding President and CEO, Canada’s Nuclear Waste Management Organization Civic dialogues are facilitated discussions that build broad-based consensus and commitment around issues that are complex and controversial. Dialogues can involve citizens, businesses, governments and other organizations. They represent democratic change, establishing a mandate for action through citizen involvement.

In multiple settings, they have achieved widespread change on complex issues. Civic dialogues have been used to set priorities for national-level agendas on issues such as energy (e.g. the Dutch National Environmental Policy Plans), and also to address issues at regional and local levels (e.g. the Alberta Climate Dialogue). They create social license for action, foster innovation and enable agreement on controversial issues. The figure below shows this process, with civic dialogue the central activity.

Businesses can be involved in civic dialogues in different ways. The figure shows options for involvement, from participating to leading.

Involvement in civic dialogue has three key steps: (1) justifying the dialogue; (2) designing and implementing the dialogue; and (3) communicating successfully within the dialogue. Some steps are more important than others depending on whether your business is leading the dialogue, helping to plan it, or simply participating in it.

The guide offers step-by-step guidance for each step. The figure below captures advice for the third step, communicating within the dialogue.

Participating in conversations with the public, other businesses, NGOs, and government can build broad consensus for sustainability initiatives. The potential of civic dialogue to advance sustainability is just beginning to be realized.

How to Engage in Civic Dialogue: A Best Practices Guide for Business 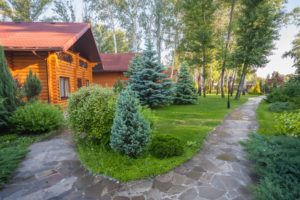 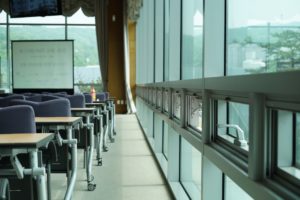