Broad coalitions can handle even big sustainability challenges. Efforts to get Detroit’s water system back on track provide a model.

There’s a reason sustainability challenges are called “wicked” problems. Sustainability issues tend to be complicated, involving many stakeholders and without clear solutions.

That’s true for the issue closest to my heart: water.

Water is essential, but it’s also limited, and can be threatened by overuse or pollution. That’s a problem for people – individuals – and for businesses.

But I’ve seen that broad coalitions can make serious headway on even a big sustainability challenge like water.

For eight years, I have studied the water system in Detroit, Michigan. I saw a coalition build across the community, with different groups and individuals contributing essential connections, skills, and perspectives. This broad coalition took a system that was barely functional back to a more stable state.

Detroit can provide a model for coalitions to address sustainability challenges, from water to climate change to racial justice.

It’s also a model that can work at the local level. Often we think about water or climate issues as managed at a national or global scale. But we can influence most sustainability issues closer to home, too.

How water is a sustainability challenge

I grew up around water – spending every summer moment in the lake and serving as a swimming pool lifeguard. So I’ve always loved water. But only later did I realize it’s also a threatened resource. Water is scarce: The United Nations predicts that global demand for water will exceed supply by 40% by 2030. As a result, 80% of corporations see water issues affecting their business.

Water systems are also complicated. Water is bulky, so it’s difficult and expensive to move around. It’s difficult to regulate access to water, so it can be easily exploited or misused. Because the infrastructure is often out of sight, these systems are easily neglected, too. If governments don’t invest in roads, potholes are easy to see. But no one really knows what’s going on with their pipes.

To better understand challenges related to water, see a primer I wrote on business and water.

How a broad coalition tackled water in Detroit

In Detroit, financial trouble and long neglect threatened the public water supply. Detroit’s water infrastructure was crumbling and its population declining. Water bills were double the national average, a special challenge for a city with a high poverty rate.

In 2014, citing failure to pay water bills, Detroit’s water department sent shut-off notices to half its customers. By the end of the year, it had disconnected 33,000 households from water supplies. Detroiters protested in the streets, and the United Nations declared that the action a violation of fundamental human rights.

Many of these groups and individuals had historically been at odds, but they shared a passion for water and public water services. And their differences became the building blocks needed for a strong coalition.

With my colleague Tina Dacin, I identified how key groups contributed:

These stakeholders took on different roles, but they all worked to raise awareness of water as a valuable, finite resource and to get commitment to protect it. They didn’t always formally coordinate, but they had a combined impact.

The groups also learned from and reinforced each other. As each group became engaged, its ideas, words, and activities sparked awareness and interest in another group. For example, I heard environmentalists talking about social justice, and policymakers reassessing their hard and fast guidelines.

Today, the water problems in Detroit remain, but they have improved. A new Great Lakes Water Authority provides a $50 million annual payment to Detroit to maintain and improve its water infrastructure. A $4.5 million fund to assist low-income residents provided short-term assistance. Water also became an election issue in 2018, with the new Michigan governor successfully running on many of the ideas raised by Detroit’s water stakeholders.

In 2020, the Michigan state government announced a plan to restore water service and prevent service interruptions for unpaid accounts during the COVID crisis. Federal legislation to address water shutoffs is also in play.

How a broad coalition can address your sustainability challenge

What about your sustainability challenge? Here are some lessons I’ve seen from my work.

Unlikely partnerships can happen. Those involved came from different areas of Detroit and different racial and economic backgrounds. They found more in common than they might have originally thought, and often came to respect each other’s different contributions. That lesson about potential collaboration may be especially important in times that often seem polarized.

Make these issues your business. Water services are an example of what sociologists call “institutions”: established organizations, rules, and behaviors. These institutions hold up our society. Examples include education, health care — even democracy. These structures are more fragile than we might think and can quietly decay. They need all of us to keep them strong.

Don’t forget about water. My passion for water has only grown over the years. It’s essential for business and for life. It’s a common thread, connecting us all. In the words of one of the community leaders I studied:

“We all get thirsty, we all drink, we’re all of water, from water, playing in water, trying to get next to water, coming out of water, fighting water, water is fighting us. Water becomes the great conduit, the great solvent of our life.”

This post draws on Wren Montgomery’s and Tina Dacin’s article ‘Water wars in Detroit: Custodianship and the work of institutional renewal.’ This work won NBS’s 2020 Research Impact on Practice Award, co-sponsored with the Organizations and the Natural Environment (ONE) Division of the Academy of Management.

Dr. Wren Montgomery is Assistant Professor, Sustainability & General Management, at Ivey Business School (Canada). Her research, teaching, and impact work focuses on environmental and social organizing, how it changes norms and institutions, and how it interacts with corporations. She is primarily interested in unique forms of collaboration and unconventional coalitions with the potential to overcome obstacles to solving many of the world’s most pressing challenges, with a focus on the intersections of climate change, water crises, soil degradation, and social justice.

Wren is also an experienced management consultant and senior government policy analyst and is always happy to collaborate with organizations, entrepreneurs, and students doing the vital work of making change.

PrevPreviousHow Diversity Increases Productivity
NextWhat is a Circular Economy and How Does it Work?Next 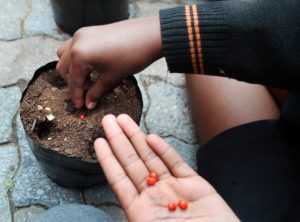 The Value of Vision

Business leaders in South Africa identify a need for research on creating a shared vision for a sustainable future and social capital. 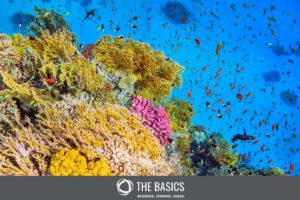 Threats to biodiversity are mounting. Businesses need to understand the dangers—and the opportunities for action.