Activist pressure led to a new direction in PVC packaging in Europe. “Greenpeace forced us into partnership kicking and screaming, but Greenpeace has done us a lot of good.”

An earlier version of this case study appeared in the NBS report Sustainability through Partnerships, developed by Barbara Gray and Jenna Stites.

Straws, carrier bags, and other single-use plastics are in the news for contaminating the oceans; they’re being banned in many cities and countries.

One kind of plastic isn’t in the news: polyvinyl chloride, or PVC. PVC, also known as vinyl, is found in products including pipes, window frames, flooring, and packaging.

25 years ago, the situation was reversed, with PVC under fire. What changed?

Europe’s PVC industry undertook a long-term, industry-wide effort to improve its environmental footprint. As a result, PVC manufacturers and others in the industry are now advising manufacturers of other plastics on how to be more environmentally responsible.

“We were the black sheep” of plastics, says Dr. Jason Leadbitter, Sustainability and Corporate Social Responsibility Manager at INOVYN and a longtime leader of sustainability efforts in the PVC industry. “Now, the black sheep is telling all the other polymer manufacturers what they should be doing.”

How did the black sheep change its fleece? And what lessons can the PVC industry offer for others? Leadbitter and other shepherds of Europe’s PVC journey offer their insights.

In 1996, Greenpeace UK brought a campaign against PVC to British shoppers, calling on consumers to boycott products with PVC packaging because of the material’s environmental and health risks. British retailers, concerned that customers would “Go PVC Free,” formed a multi-stakeholder working group. They commissioned an initial scientific assessment of PVC manufacturing, and brought in British sustainability activist Jonathan Porritt as the working group chairman.

The TNS report also identified key requirements if PVC were to become genuinely sustainable. The industry had to become carbon neutral, create a closed-loop system, eliminate toxic additives and byproducts, and increase awareness across the whole PVC value chain.

Public criticism was so intense that the PVC industry saw its very existence as in danger, says Leadbitter. “We saw if we didn’t do something, the writing was on the wall. We felt we had no other choice.” The TNS recommendations offered a way forward. “The industry was so much under threat that The Natural Step turned on a light and showed the direction we needed to go,” says Leadbitter.

The report was “hugely formative,” says Dr. Paul Johnston, Greenpeace UK principal scientist and a member of Greenpeace’s PVC campaign. Initially, he says, the industry had “come out swinging” in response to criticism; the report set out a different agenda.

A “critical partner” is vital

Initially, different PVC companies pursued different strategies. Hydro Polymers, a British PVC manufacturer, worked with TNS to address its recommendations. The European PVC industry as a whole engaged in the separate Vinyl 2010 initiative, which lasted from 2001 to 2010.

In 2010, the industry considered its next 10-year program. TNS partner Hydro Polymers had been acquired in 2007 by Europe’s largest PVC manufacturer, INEOS. INEOS saw the value of working with TNS and encouraged the next industry initiative to explicitly follow TNS’s recommendations.

INEOS brought in TNS founder Dr. Karl-Henrik Robert to speak to PVC industry representatives. “That was a really important event, insofar as The Natural Step was not well known by the rest of the European PVC industry,” Leadbitter recalls. “They saw this was an NGO that wasn’t going to say ‘PVC should be phased out,’ that had seen all the work we had done.”

The European PVC industry’s current sustainability initiative, VinylPlus, builds on the TNS framework. TNS has been a “critical partner,” says Leadbitter. “They are positively critical with regard to what we are doing, with what we can learn, direction steering, and everything else.” On a website about its PVC work, TNS describes itself as “an advisor, stakeholder intermediary, and capacity builder, helping the industry to stay on target.”

Engagement with environmental NGOs is less central. Johnston of Greenpeace wishes that environmental NGOs’ insights were more integrated in PVC industry efforts: “We’re always up for a good debate,” he says. But Leadbitter recalls a Greenpeace leader stepping away from the early retailer working group, saying Greenpeace’s role was to instigate change, rather than manage an ongoing issue.

Benefits are clear — but challenges for PVC remain

VinylPlus provides annual, independently-verified reports on the industry’s progress. Achievements include cleaner manufacturing, increased recycling of post-consumer PVC, and a new VinylPlus product label addressing product stewardship. Manufacturers use PVC less in packaging and more for long-lasting applications such as building products; the material’s durability becomes an asset in such uses.

PVC’s image has improved. Some Austrian municipalities were rejecting PVC even recently, Leadbitter notes. The product label has made them willing to use it. PVC is becoming “more a material of choice,” Leadbitter says.

Europe’s PVC is not yet sustainable. Dr. Mark Everard, an author of the original TNS report, notes that “sustainability is a long-term goal for all materials in wide use when assessed across their full societal lifecycles.” On its website, TNS calls VinylPlus a “stepping stone in a much longer journey” but notes that the “rigour and structure of the approach sets it apart from many other voluntary initiatives by industry.”

The European industry is also a leader compared to the PVC industry globally. A Global Vinyl Council exists, but without a global voluntary commitment. Commitment to sustainability by PVC producers in other regions varies. For example, Johnston sees “improvements being made in in the European industry being undermined by North American counterparts.”

Being herded can result in leadership

Europe’s PVC industry changed under pressure. “Greenpeace was nipping at our heels; we were forced into partnership kicking and screaming,” says Leadbitter. But ultimately, “Greenpeace has done us a lot of good.” The industry was forced to face issues early that are “now on everyone else’s agenda.”

Special thanks to Jason Leadbitter, Paul Johnston, and Mark Everard for their input into this article.

The Natural Step. N.d. Our activities on PVC and sustainability. Available from https://thenaturalstep.org/pvc/ 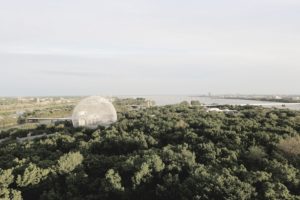 A Guide for Service Providers: Engaging Employees in “Going Green”

Discover 10 ways to develop a workforce that values good business ethics and corporate responsibility. Learn how to engage employees to go green.