How to Manage Climate Change Risks

Climate change is a business issue. Here are four reasons why adapting to a changing climate should be on every executive’s radar.

Climate change is a business issue. Firms’ reputations, legal responsibilities, regulatory obligations, financial reporting, operations, and supply chains can be affected. Global and local changes in temperature, the frequency and severity of extreme weather conditions, and the availability of water can have a direct bearing on firms’ risk profiles and, in some cases, strategic positioning.

Despite striking prospects and figures, the business case for proactive adaptation is complicated by uncertainty about magnitude of impacts and time horizons involved. Further, changes are incremental and may be long-term in nature. This makes it tempting to defer adaptation actions – but is this effective risk management? Just as firms readily manage uncertainty from other sources (e.g. financial markets, regulation), they must understand the opportunities and risks present by a changing climate and position themselves to respond appropriately. Leaders and executives in strategy, operations, and finance can use the document to implement an adaptive approach to climate change in any organization.

Climate Change 101: What are we adapting to?

56 percent of Canadian companies participating in the Carbon Disclosure Project said they were exposed to risk from the physical impacts of climate change in 2010 (up from 17 percent in 2003). In 2010, 38 percent of firms also identified opportunities resulting from climate impacts.

Companies have a role in both climate change mitigation and adaptation.

Mitigation focuses on limiting the speed and scale of climate change. It has typically received the most attention in policy circles, such as debates over carbon pricing as a mechanism to reduce GHG emissions across the economy.

Some industries will be impacted significantly and permanently. Companies need to carefully assess projections, determine the potential implications for their business, and plan accordingly.

Challenges include estimating costs and benefits associated with risks and opportunities, and understanding which of these are priorities for action and which can be re-evaluated over time. Tools like Enterprise Risk Management (ERM) can help managers build a foundation for systematic analysis of risk and opportunities (Table 1).

This primer details four reasons why adapting to a changing climate should be on every executive’s radar:

Many barriers inhibit corporate action, including language, framing, poor understanding of the costs of inaction, and short-termism by government and investors. Expectations of firms evolve as climate information and advice becomes more accessible. It is imperative to be prepared for barriers that hinder corporate action.

Firms can avoid getting mired in a “climate” conversation by building climate adaptation into existing risk management processes and making it a business conversation.

Firms in Canada and around the world are starting to act. They are taking an active approach to understanding risk exposure and developing a long-term view of issues that span 20 years or more.

This briefing note on climate change adaptation is the direct result of the National Round Table for the Environment and Economy (NRT) and NBS convening business leaders and experts at a forum in October of 2011. Forum participants explored drivers for corporate climate change adaptation and learned from the experiences of leading companies. Dialogue provided the content for this briefing note. The perspectives also directly informed the NRT’s Climate Prosperity Report, “Facing the Elements: Business Resilience in a Changing Climate.” 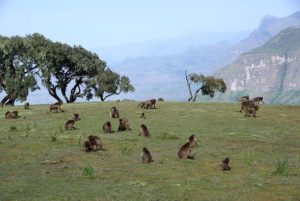 How Businesses Can Create Peace 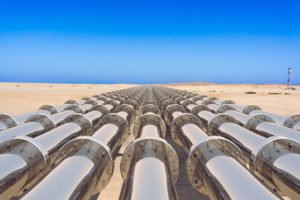