Business & Society Version 3.0: Attending to What Stakeholders Attend to

Management and organization scholars have long recognized this bind. Scholars started the business and society subfield (ghetto is perhaps a more accurate description of the early years) to try to find ways to minimize social and ecological harm caused by business activity. They primarily turned to moral philosophy to make an ethical case to business leaders. They pointed out that business is granted a license to operate by society, and so business has an obligation to help society. But moral suasion had, and I think still has, limited effect. In fact, Milton Friedman was (in)famously able to flip the ethical case to argue that (mis)using businesses as social enterprises caused harm to society by damaging market fundamentals that drive economic prosperity.

Enter what I’ll call “Business & Society Version 2”: The Business Case. Scholars embraced Friedman’s basic principle that businesses exist to pursue profit, but through a neat bit of academic judo, used the power of Friedman’s basic principle against him. They identified the visible hands at work in the free market. They pointed out that firms are open systems, reliant on a variety of stakeholders to provide inputs and purchase outputs. Through socially responsible actions, firms can grease transactions with these stakeholders, leading to lower operating costs and/or higher revenues, and so more profit overall. In a nutshell, firms can do well by doing good, and so the case is made that it is not just socially and ecologically damaging, but also economically damaging to be “bad”.

This “win-win” perspective won the day. Today, I can think of no firm that openly speaks against the business case. Rather, businesses, including even long-time stalwarts like Wal-Mart, spend considerable time, effort and money to publicly flout their social and environmental initiatives and to tie these initiatives to improvements in their near and long-term economic performance.

But have we really won-won? Despite the logic of the business case, there are still plenty of firms doing bad things. How can that be? I attribute it to a flaw in Business & Society Version 2, and argue for pursuit of Version 3: The Cognitive Case, wherein we account for the limited capacity of stakeholders to police firms. Think about it: if the business case is premised on stakeholders rewarding firms for good behaviours, and punishing firms for bad behaviours, what happens if stakeholders are sometimes asleep at the wheel?

Most of us, most of the time, have no idea what’s going on at most firms. Yet in the business case, stakeholders are sovereign; they determine through their actions what is and is not acceptable firm behaviour. If the sovereign are sleepy, firms may learn the wrong lessons. Rather than extinguish bad behaviours and habituate good behaviours, inconsistent and errant stakeholder responses (and the lack thereof) might lead firms to the opposite.

In pursuit of Version 3, I’m investigating limits to stakeholder capacity to reward and punish firms. In particular, in several ongoing theoretical and empirical projects I’m investigating contextual influences on stakeholder attention, sensemaking, and action. Though it’s all very much a work in progress, it’s clear that stakeholders have many blindspots and are swayed by information that may have limited relationship to the true characteristics of a focal firm.

Whereas past research has acknowledged the problems of limited firm disclosure of sustainability practices, I’m focusing on the problem of information overload. In the face of immense amounts of data, stakeholders use simplifying heuristics, such as “a chemical firm is a chemical firm”, leading to outcomes such as what I’ve termed “reputation commons problems” wherein a firm is tarred by the same brush as its rivals. Industries can sometimes self-regulate to help stakeholders to see past the reputation commons problem. But there remains a more fundamental need, in Version 3, for formal regulation.

Business and society scholars, in their quest to influence business practice, have successfully sold the idea that stakeholders exert influence over firms and so must be accounted for. However, stakeholder influence alone is inadequate to keep business in check. Scholars now need to move beyond the business case’s focus on stakeholder policing by more explicitly bringing in the third leg of this societal stool – government. The task of the researcher then is to sort out when stakeholder policing is and is not effective; where not effective, formal regulation may well be the answer. Of course, it’s not a new answer, and it has its own problems, but it’s essential to first recognize that the business case is not a panacea for bad business conduct. It has limits, because stakeholders have limits. 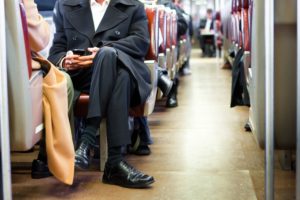 Why Spending CSR Budget to Target Customers Is a Mistake

Boost your corporate social responsibility reputation by promoting your company’s safety record and job creation, rather than your green products. 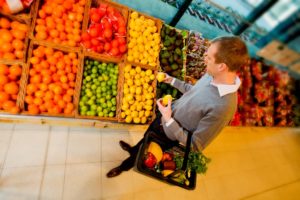 This primer defines what socially conscious consumerism is, who does it, why, and how to market for it.