“Research shows that only 12% of Americans can pass a basic energy literacy test [1]. If we expect sensible energy policy, we need energy outreach programs to meet the learning needs of elected officials,” says Michele Halsell, Managing Director of the Applied Sustainability Center (ASC), housed at the Sam M. Walton College of Business at the University of Arkansas. This void led ASC to run four Energy, Jobs & the Economy workshops for Arkansas’s political candidates in July and August 2012.

ASC mailed workshop invitations to candidates running for Arkansas’ 135 seats, and followed up by phone. Thirty-nine candidates participated in the workshops, including 19 who were eventually elected to office. When the legislature was seated in January 2013, 14% of elected representatives were Energy, Jobs & the Economy alumni, spanning both the House of Representatives and the Senate.

Workshops exposed participants to the content through three channels:

Workshop funding was provided by the Arkansas Advanced Energy Foundation and subsidized by a modest $25 registration fee paid by participants.

Immediately following the workshop, participants completed a survey on their experience. Participants unanimously agreed that they better understood the implications of energy policy and felt more able to discuss it with energy companies, constituents and fellow legislators.

“It was remarkable,” says Halsell. “The session began with a great deal of emphasis on dividing issues such as taxes, gun control, gay marriage and abortion. Yet, we had leaders on both sides of the aisle who championed key pieces of energy legislation.”

And there seems to be appetite for more. New candidates are preparing for the 2014 election and have been approaching ASC requesting that workshops be repeated. Halsell says the centre will offer similarly-structured workshops to the incoming cohort of candidates.

Visit the Applied Sustainability Center for more information on the Energy, Jobs & the Economy workshops or other activities of the ASC. 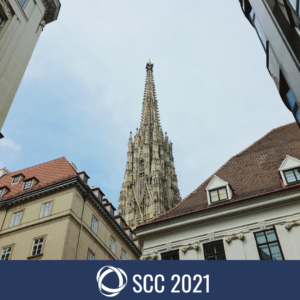 How to Integrate Sustainability into a Business School

Integrating sustainability into business schools can be done in many ways. Which is right for you?

How Digital Technology Enabled Research in Remote Communities During COVID-19

Development research in remote communities continued during COVID-19 because of digital tools and local involvement. Researchers offer lessons in how to adapt.