Sustainable innovation is a process. And sometimes, this involves collecting – and implementing – feedback from thousands of stakeholders.

How a Spanish Retailer Grew 15 Percent with Collaborative Decision-Making

Collect input from 12,000 employees and 350,000 customers. Seem laborious? Absolutely. Is it worth it? For Spanish retailer Eroski, the answer is a resounding yes.

What does it take to generate sustainable innovation?

Eroski encompasses more than 1,000 outlets in Spain including supermarkets, gas stations, pharmacies, and travel agencies. It is part of a federation of cooperatives, the Mondragón Corporation, frequently upheld as an exemplar of corporate democracy. As such, Eroski was the ideal candidate for the case study.

How Decisions Are Made at Eroski

Over 12,000 employees, comprising 41 per cent of total personnel, are shareholders. Employee shareholders elect regional delegates, who then elect members to the Social Council.

Implementation of Mondragón’s employee transfer strategy is one example of sustainable innovation. Instead of laying off workers, Eroski voted to redeploy employees from Mondragón businesses that were hard hit by the financial crisis to those that were experiencing growth (Johnson, 2013). This is in stark contrast to job-shedding at many other Spanish companies driving Spain’s sky-high unemployment rate.

At individual retailers, dialogue between customers and employees also drives product innovation. Heeding customer feedback, a hypermarket (superstore) in San Sebastián now capitalizes on local produce and over 1000 organic products as its main features. It serves as an example of a business guided by modern consumer behavior (Lunney, 2013).

Innovation through Focus – Not Hocus Pocus

Sustainable innovation is achieved through process rather than ad hoc bursts of genius, and Eroski is a prime example of this. For Txema Gisasola, president of Mondragón: “This is not magic. We are in this market, competing in the capitalist world, and the only difference is how we do things and why we do things” (Johnson, 2013).

How a Provincial Justice System Increased Safety, Processed More Criminals, and Took Thousands of Vehicles Off the Road 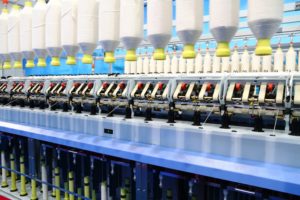 Nike Supply Chain Issues – How They Turned a Crisis into Opportunity

Nike’s response to a supply chain crisis repositioned it as a sustainability leader, and raised the bar for an entire industry.