The authors are scholars at the University of Zürich and Harvard University.

When Donald Trump was elected in November 2016, many wondered: Will investors stop caring about climate action by companies? During the campaign, Trump had repeatedly promised to scrap the Obama-era Clean Power Plan (CPP) and withdraw the US from the 2016 United Nations Framework Convention on Climate Change (UNFCCC) Paris Agreement.

Donald Trump’s surprising victory cast doubt on the US commitment to mitigate climate change. We decided to see how US stocks responded to this drastic political change along firms’ climate related performance.

One might have expected that, in the climate-adverse political context that followed Trump’s election, investing in climate-responsible firms would have earned subpar returns. After all, this kind of relief from climate regulatory risks and costs would mostly benefit firms with relatively weak environmental practices. In turn, investors would have less incentive to consider environmental and climate factors in their investment decisions.

Our study indicates that such expectations were misplaced. The election surprise certainly boosted the stock prices of firms in high-polluting industries, at least the short run. However, perhaps counter-intuitively to some, investors actually responded to the Trump election by making the adoption of forward-thinking strategies on climate change more valuable to firms, not less.

Our results show that financial markets take a long-term view when valuing firms’ climate change policies, or at least a view long enough to look beyond short-term policy shifts.

In Ramelli, Wagner, Zeckhauser, and Ziegler (2018), we examine the price reactions of US stocks to the 2016 climate policy shock, including two salient events: the election of Donald Trump on November 8, 2016 and the nomination of Scott Pruitt – a climate skeptic – to lead the Environmental Protection Agency (EPA) on December 7, 2016.

Data on both came from two leading providers of ESG (Environmental, Social, and Governance) data: MSCI KLD and Vigeo Eiris. Importantly, emissions and climate responsibility are only weakly correlated. This confirms that they capture different aspects of firms’ climate-related performance.

We show that investors did react to the 2016 climate policy shock by rewarding companies in high-emissions industries in the short run. This result is expected and is in line with the common narrative reported in the media.

However, strikingly, both after the Trump election and after the Pruitt nomination, investors also rewarded companies demonstrating more responsible, “self-regulatory” strategies on climate change. As illustrated in Figure 1, this climate responsibility premium is economically important. For example, an advanced climate responsibility designation according to KLD, a status awarded to 11% of firms in our sample, is associated with a 0.81 percentage points higher cumulative CAPM-adjusted return by the end of the fifth trading day after the election (holding fixed other factors including the level of emissions, taxes and foreign revenues, and industry fixed effects). From the election to year-end 2016, this differential increased to 2.25 percentage points.

Why Was Climate Responsibility Rewarded?

We see at least two reasons why climate-responsible firms may have outperformed their peers after the 2016 climate policy shock:

The way that different types of institutional investors adjusted their holdings of climate-responsible firms after the election suggest that the improved relative performance of these firms is at least partly attributable to the latter explanation. We found that investors whose portfolios were tilted towards climate-responsible firms before the election – those most likely to experience the “warm glow” – reduced their holdings of such firms after the election.

Our findings have three practical implications:

We know that market forces cannot fully substitute for formal regulation in the correction of climate externalities. Hence, the net effect of the 2016 electoral result on our prospects for containing climate change remains strongly negative. However, this dark climate cloud does have a moderate silver lining.

Because of the existence of a significant group of investors taking a long-term perspective when valuing corporations, markets reward climate-responsible firms already in the short run. They perceive these companies to be better equipped to prepare for a more climate-conscious future, also and especially during periods when regulations fail to provide clear frameworks to limit global warming.

Stefano Ramelli is a PhD candidate at the Department of Banking and Finance at the University of Zurich. He is interested in corporate finance and governance, with a focus on the relevance of environmental and social issues in financial markets. Before moving to Zurich in 2016, Stefano worked for five years in the field of socially responsible investments.

Alexander Wagner is Associate Professor of Finance at the University of Zurich and a faculty member of the Swiss Finance Institute. Alex is an expert in corporate governance, behavioral economics, and political economy. He serves as an independent counsel for PricewaterhouseCoopers and as chairman of the board of trustees of SWIPRA.

Richard J. Zeckhauser is the Frank Plumpton Ramsey Professor of Political Economy at Harvard University’s John F. Kennedy School of Government. He is a fellow of the Econometric Society and the American Academy of Sciences, and is an elected member of the Institute of Medicine. Many of his policy investigations explore ways to promote the health of human beings, to help markets work more effectively, and to foster informed and appropriate choices by individuals and government agencies.

Alexandre Ziegler is Director, Center for Portfolio Management, University of Zurich. His areas of expertise include theoretical and empirical asset pricing, information acquisition models and applied game theory. He holds a PhD in Finance from the University of St. Gallen and an MBA from Stanford University. 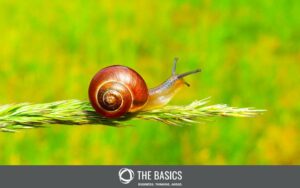 Growth doesn’t have to be our economic goal. “Degrowth” provides an alternative for business and society. “The Basics” provides essential knowledge about core business sustainability 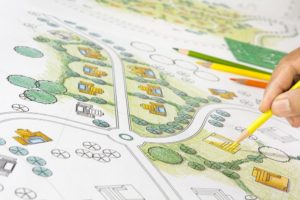 How to Finance Your Sustainability Strategy