Building on local values can transform entrepreneurship. Efforts in the Global South have lessons for the West.

Entrepreneurship is hip in development circles. It’s the new buzz word and is increasingly portrayed as the solution to social and economic inequality. Academics and practitioners alike have argued that entrepreneurship can drive economic growth, reduce inequality, and foster innovation [1].Entrepreneurship initiatives for development teach poor people how to market goods and services and use the profits. Foundations, companies, aid agencies, and NGOs across the world are making significant investments in these efforts.

However, these initiatives typically emphasize Western ideas of entrepreneurship such as individual profit maximization that do not always fit the outlook of communities in the Global South.

In our work on a Dutch initiative supporting village entrepreneurship in rural Tanzania, we saw how different cultural understandings of entrepreneurship can collide. The result may be frustration and even the perceived failure of initiatives.

We see a need for funders and other organizations to rethink Western entrepreneurship initiatives for development. Incorporating local people’s values into initiative design could create value in multiple ways. And considering those values could also change the form of entrepreneurship in the West.

Entrepreneurship as ‘the Last Resort’ for Development

Entrepreneurship — defined as “the activity of setting up a business or businesses, taking on financial risks in the hope of profit” –– has recently been portrayed as the last option to lift people out of poverty. Critics have called traditional development aid largely ineffective. At the extreme end, scholars such as Dambisa Moyo and William Easterly have argued that past forms of development aid — i.e., the distribution of free money and services — may have even worsened conditions in many countries, by creating dependency.

Entrepreneurship appears the obvious and only alternative. Entrepreneurship initiatives will ‘help people help themselves’ and make developing countries less dependent on the West.

Entrepreneurship on the Ground: African Villages and Macro-Loans

One such entrepreneurship initiative is the macro-credit model, invented by a Dutch organization which we call African Village Development Inc.

Macro-credit aims to lift communities out of poverty

Beginning in 2008, African Village Development Inc. gave rural villages in East Africa macro-credits [2]— i.e., loans given to entire communities — with which communities could set up their own village enterprises.

One of us, Laura Claus, studied African Village Development Inc.’s journey for four years, working with a colleague based in Tanzania.defined as

African Village Development Inc. wanted villages to take ‘local ownership’ for their business activities and their profit re-distribution, so village enterprise managers spent their profits as they saw fit.

In rural Tanzania, communities have a collectivist, sharing-oriented culture. So, the enterprise managers who were put in charge of the business activities by community members invested most profits (up to 70%) in social needs: new teacher houses, school renovations, community members’ health care, and village taxes.

Community members celebrated these investments through dancing performances and traditional festivals in which they honored the village enterprises’ contributions. The village enterprise managers felt reinforced in their desire to serve their ujamaa (‘extended family’ in Swahili) with the profits generated from business activities:

One village enterprise manager said to Laura, “Business.’ What does that even mean? I’m not sure what it means to you. But for us, it’s our door — our gate — better life. Not for our individual lives. I mean for the lives of our people. My community, my children and grandchildren. For my neighbors, my partners in life.” (2014)

Village enterprise managers felt responsible for using the generated profits for their communities’ needs. They also knew that failing to do so would have consequences. They told Laura repeatedly that they had to embrace the community needs, otherwise, ‘businesses’ could not function because community members would refuse to buy their products.

Learn from a Different Kind of Entrepreneurship

This can seem like an old story. It is not new that retrieving repayment is challenging; the idea of ‘saving to repay’ can be unfamiliar to communities with little experience of markets. Many micro-finance institutions in East Africa face similar challenges.

The most obvious lesson might be to improve business as usual. Perhaps entrepreneurship for development initiatives need to focus on training local populations to save and prioritize ‘saving’ over serving community’ needs. Maybe funders need to provide more oversight, checking financial statements and penalizing communities that violate contracts.

We think African Village Development Inc.’s story raises a more fundamental concern. Are Western entrepreneurship initiatives, anchored in a Western market-based ideal, the right solution for driving development in the poorest regions in our world?

In rural Tanzania, the cultural understanding of ‘ownership’ is collective rather than individual. The village enterprise’s priority was fulfilling community needs. Social ties mattered more than any financial obligations to people outside the ujamaa. Villages valued profit only in physical form (e.g., schools and teacher houses), rather than as a number in a bank account. Money was a means, not an end.

The idea of the ujamaa — the extended family, encompassing the village community — builds connection and harmony. The fact that communities prioritized their ‘family’ has a beauty to it that we should learn to appreciate.

Include local understandings in entrepreneurship design

Let’s step away from asking how to improve business as usual. Instead, consider: is there a way to build on and value the culture of local communities rather than override it? Could we develop initiatives that consider local understandings of what it means to ‘be an entrepreneur’?

One way forward would be to involve local communities in designing an entrepreneurship for development initiative. Taking this approach, Western funding organizations might need to move away from the idea of needing to scale such locally-designed and geographically-bound development initiative. They might also need to further relax control over the enterprises’ functioning, KPIs, and goals.

The Delancey Street Foundation is testing such a local and laissez-faire approach in the United States. The Foundation encourages ex-prisoners to design, establish, and manage small enterprises. It provides initial vocational training but little additional input. Three hundred former drug addicts, homeless people, and felons are becoming ‘entrepreneurs’ — as they define it. Delancey entrepreneurs variously run a construction business, moving company, and restaurant. The focus is San Francisco, with no intention to scale nationally.

While Delancey certainly is an exciting example and its success commendable, we have yet to explore how a similar locally-led approach might look like in developing contexts. What this looks like, and what will make it effective, are topics of future research and experimentation.

Laura Claus is a PhD student at the University of Cambridge’s Judge Business School and part of the Cambridge Centre for Social Innovation.

In her dissertation, Laura asks how organisations can enable social change without compromising the voice of those most affected by to-be-addressed inequalities? Through fieldwork in Indonesia, Nigeria, and Tanzania, Laura identifies the strategies and processes that allow organizations to advocate for social change on behalf of others — including child brides and abducted schoolgirls — without undermining their voices.

Neil Stott is Senior Faculty in Management Practice at the University of Cambridge’s Judge Business School. He is also Director of the Master of Studies in Social Innovation Programme and Co-Director of the Cambridge Center for Social Innovation. He was Chief Executive of Keystone Development Trust until April 2015. Keystone is one of the largest development trusts in the country delivering community development, social enterprises and property development.

[1] E.g., UN General Assembly. 2014. Entrepreneurship for development: Report of the Secretary General.
[2] Macro-credits are sometimes contrasted with “micro-credits,” i.e., loans given to a single entrepreneur. “Macro-credits” are loans given to an entire village community. Developed by Muhammad Yunus and a Dutch social impact investor, macro-credits try to address a criticism of the micro-finance industry. Studies find that although microcredits help the poor access capital, they may not raise standards of living. They’re also associated with shaming and suicides of borrowers who fail to repay their ‘deadly debt’ at annual interest rates as high as 100%.

PrevPreviousHow to Handle Complexity
NextHow to Be Radical: Three Ways to Accelerate SustainabilityNext 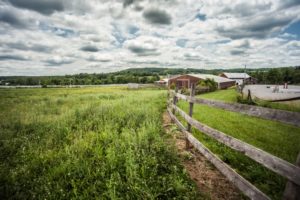 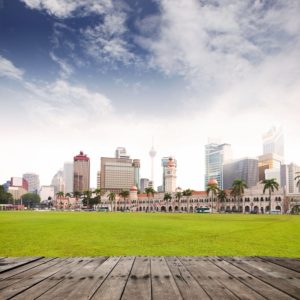 The explosion of prosperity and growth of industry in the western world through the late 20th century resulted in an equivalent increase in the strength and pervasiveness of the counter-balancing systems.