I just spent a couple days in Niagara-on-the-Lake visiting a good friend of mine. She left a lucrative career as a Bay Street Trader to operate a winery and food market. Her name is Sue Enrich and her story was described in The Toronto Star a few weeks ago.

Sue’s father bought Rancourt Winery and the neighboring Harvest Barnand she’s taken on the managing role of both since leaving the trading floor. In my visit, I started at the small boutique winery, where we were treated with a wide range of cheeses and fresh berries to pair with their signature wines. The award-winning Cabernet Franc had recently put Rancourt on the map. I then moved on to the harvest barn where I was impressed by the freshness of the products and the care taken to source from local vendors.

It’s easy to figure out why Sue’s story appealed to The Star. Many readers have likely dreamt about “dropping it all” and pursuing a role that unleashes a passion and excitement missing from their current career. Although people tend to loathe risk-taking, they are easily inspired by those who have left behind job security and wealth stability for something with very little or no security and often no income. Readers also like to live vicariously through people like Sue, who have stepped outside their comfort zone by either changing industries or moving from a highly defined role in an established organization to an ambiguous role in a small, yet-to-be established organization. That in itself makes for a great story!

But I found Sue’s story compelling for a different reason – one based on my perspective as a business professor whose students often aspire to jobs on the trading floor. In the last few years, the financial industry has unmistakably exemplified the dark side of capitalism. One has only to look at the recent Libor scandal, in which 16 traders single-handedly manipulated a global interest-rate benchmark to serve individual and firm interests, despite the consequences such manipulation would have on society. Or HSBC’s recent money laundering scandal that propped up terrorist organizations. Or Goldman Sachs’ ability to make millions by betting against the derivatives they told customers were sure bets.

The common denominator here is that, over the last 250 years, we’ve found ingenious ways to appropriate value from society for our own ends. The spirit of Adam Smith’s “invisible hand,” which sees business as an entity to achieve social goals, has been usurped by our own intellect. Why create value for society by meeting customer needs in new ways when you can manipulate customers into giving you value directly? Adam Smith would be turning in his grave if he knew how we’ve used our intellectual superiority to manipulate a system that was meant to draw naturally upon our self-interest to serve – you guessed it – our self-interest.

Management scholars have debated for over a decade whether competitive advantage arises from capturing value or creating value. The best way to understand the difference between the two is to consider the difference between a consumer’s willingness to pay and the price they end up paying. Businesses that widen this gap are creating value because society is getting something for less than they were willing to pay. But consider the difference between the cost to produce a product or provide a service and the price customers pay for that product or service. Businesses that widen this gap are capturing value. Management scholars remind us that the primary objective of the strategy field is to explain firm profitability, which is determined by how much value the firm captures. Widening the gap between customers’ willingness to pay and the price they ultimately pay is of no interest to companies because companies have an inherent incentive to capture that value as soon as it is created – to close the gap. Consider Apple. The gap between the cost of manufacturing one of their products and the consumer’s willingness to pay is substantial. But their strategy is fundamentally based on shrinking the gap between the consumer’s willingness to pay and the price.

Sue’s story is a stark reminder of how things have changed over the last 250 years. Until recently, pride, success, and accomplishment were measured by one’s ability to contribute to society by meeting consumer or societal needs in innovative ways. Sue reflected on the immense satisfaction she gets from mediating between consumers seeking chemical-free, tasty, healthy food and local farmers trying to compete against cheaper, environmentally-destructive food. This intermediary model of value creation is quite different from mainstream business today, the objective of which is to extract value from society for one’s own coffers. The difference is a fundamental flaw that Adam Smith overlooked. But who can blame him? Generation after generation clung to a simplistic mantra developed 250 years ago of self-interest serving others’ interests. How could he have known we’d become victims of our own intellect – so good at finding shortcuts to value capture that we wouldn’t even go to the trouble of meeting customer needs.

I admire Sue because she exemplifies what I think many of my graduating students should be doing with their education. Rather than becoming experts at appropriating (capturing) value, they should become experts in creating new value. They should proudly provide sustainable products and services to the global consumer not only because it gives them wealth (that’s important) but because it gives them the sense of accomplishment.

Sue’s accomplishment? Building a bridge between suppliers of nature’s bounty and consumers in search of healthy, sustainable lifestyles.

Mike Valente is an assistant professor of management at the Richard Ivey School of Business (Western University). His research studies the private sector’s role in maintaining the integrity of social, ecological, and economic systems over space and time. Mike has consulted for the World Bank, United States Agency for International Development, and the United Nations on private sector sustainable development in developing countries. Follow his blog: Business in a Sustainable Society. 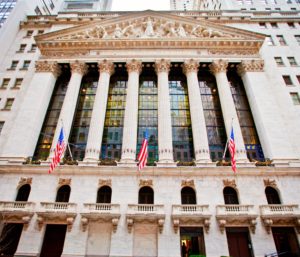 Being added to – or removed from – a social index as a reflection of corporate behaviour can impact stakeholder relationships and your stock price. 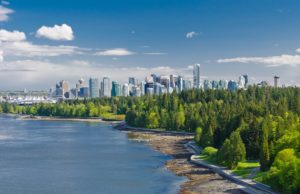