Getting a Jump on Investors

It can be more valuable to send infrequent, loaded reports to investors.

A Frog-in-the-Pan Hypothesis on Marketplace Communication

Because of the stock market’s nature, investors need to react to information at a moment’s notice. Their decisions are influenced by data received about investments, such as earnings announcements. Investors often cling to precious pieces of news, pouring over reports hoping to find answers to their many questions.

But in an economic environment where information can be disseminated in an instant, how much is too much? Does the frequency and quantity of statistics sent out to investors affect their decision making process?

That’s exactly what researchers Zhi Da, Umit Gurun, and Mitch Warachka aimed to uncover in their recent study, “Frog in the Pan: Continuous Information and Momentum.”

Hailing from the University of Notre Dame, the University of Texas and Claremont McKenna College respectively, the research team applied a frog-in-the-pan hypothesis to the way investors received and absorbed information.

What they found was that investors have much more in common with the amphibians than they might initially think.

The frog-in-the-pan hypothesis predicts the following: if a frog is dropped into a pan of boiling water, it will react to the dramatic temperature change by jumping out. But, if a frog starts in the pan and the water is slowly raised to a boil, the frog will underreact, and ultimately perish.

Da and his colleagues found that investors responded to market intelligence in a similar fashion.

A Leap To Real Life

The researchers look to current understanding of our limited cognitive resources to suggest that investors aren’t always able to process available information as it comes frequently. Simply put, there are so many distracting things taking up our attention that if we were to receive information daily we would be less able to reach overall conclusions. As such, investors are often under-reactive to continuous information.

If, however, a large quantity of information is released to investors at once, they are more likely to respond to that information immediately – a reaction that the study explains is caused by two main factors:

In other words, investors are less likely to scrutinize news if it comes in predictable, compressed and timed packages.

2) The risk of routine. Second, market analysts are less likely to engage with continuous information. Failing to attract the attention of analysts, continuous data goes under the radar of investors and therefore processing that information is delayed.

Counting Your (Frog) Eggs After They Hatch – The Takeaway

In a world where focus is being pulled in so many different directions at once – from phone calls to appointments, from business meetings to daily commutes – it can prove more valuable to send infrequent, loaded reports to investors.

If information is continuous, it can fall under the investor radar, failing to trigger a timely reaction.

Much like a pan of boiling water, an overflow of information can jolt an investor into action. 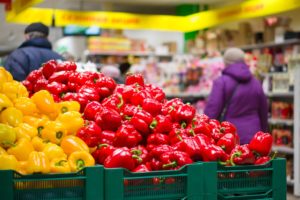 Marketing to “Green” Consumers Over 50

When marketing to consumers over 50, companies should focus on how, when, and where information about the product or ethical practices is communicated. 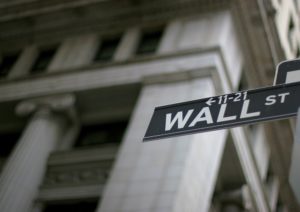 How to Make the Business Case When Business is Down

Research shows sustainability’s ‘warm glow’ wanes in tough economic times. How can managers respond to these changes in consumer behaviour?