Getting Neighbour Buy-In at the 50-Yard Line

How Canadian football team the Montreal Alouettes turned out the lights, turned down the volume and got more fans to the game

When the Montreal Alouettes moved into McGill University’s Percival Molson Stadium in 1997, they knew they would need to renovate. Originally designed for university use, the aging stadium required a major expansion to accommodate the additional fans and activities associated with Canadian Football League play.

Expanding on a Protected Site But the stadium was located on the flank of Mount Royal, the cultural landmark for which Montreal is named. A special decree in 2005 by the Quebec government had conferred legal protection status over 10 square kilometers, or the majority of the mountain territory – historically, culturally and ecologically. That decree affects how all property owners conduct renovations, construction or even plantings.

A charitable citizens’ organization called Les amis de la montagne, or “Friends of the Mountain,” exists to protect and enhance Mount Royal through community involvement and environmental education. Before developing any construction plans, the Alouettes approached Les amis: “We wanted to work closely with Les amis,” said Director of Game Operations Rémy Paré. “Not only did we know they would have strong concerns and expectations about the environmental and community impact of our construction project. We also knew they had superior knowledge about the heritage site requirements and strong connections to the local community.”

Large-Scale Public Consultation The Alouettes participated in a large-scale public consultation led by the city of Montreal as well as public forums hosted by Les amis. Alouettes executives, architects and engineers participated in the meetings, presenting their proposals as well as listening to feedback. Countless community groups and neighbourhood associations voiced their concerns at these forums – many of which heard about the forums and received support and information about the expansion project through Les amis.

“We had discussions with the Alouettes about the impact their expansion would have on the mountain and the immediate neighbourhood,” said Gabrielle Korn, Director of Communications for Les amis. “We were particularly concerned about clear-cutting a portion of the mountain forest to make way for the giant screen for the scoreboard and additional bleachers, as well as lighting, noise levels and ongoing management of the stadium by McGill University.” Based on the feedback, the Alouettes committed to a number of initiatives.

“First, we decreased the number of lights used during pre-game set-up,” said Paré. The Club leases its home stadium, Percival Molson Stadium, for 10 games a year and typically gets access to the facility just 25 hours before each game. In the past, the Club would turn on all the stadium lights – a total of 128 bulbs – for the night-time, pre-game set-up. Now, they turn on only half the lights and, in particular, the lower half of the lights on each post – so the lights shine down on the set-up and not out into the neighbourhood. The crew still has enough light to prepare the stadium for play, and nearby residents no longer complain about light shining in their windows while they’re trying to sleep. In addition to decreasing the amount of light pollution produced by the stadium, the lighting change reduced the Club’s energy use, contributing to their mandate of being carbon neutral.

Second, the Alouettes addressed the issue of noise. A senior manager visited the homes of local residents during a football game to assess the volume of music and announcements coming from stadium speakers. Following that, they experimented with frequencies for their game audio – testing whether lower frequencies would reduce the volume of sound reaching local residents living on higher floors in buildings. Today, the average volume of sound from the stadium is not only lower than it was in 2006 – the stadium’s average sound volume is also lower than the ambient street noise in the streets surrounding the stadium.

Another outcome of the public consultation process was the requirement that the Alouettes replace any trees removed during construction in a ratio of two-to-one. “We instead committed to a ratio of three-to-one,” said Paré. “We planted 270 trees and 500 shrubs instead of the required 180 and 300. It was a goodwill gesture. We want to show our community that we’re not just doing the minimum to meet their expectations: we’re doing more.”

Alleviating Traffic and Getting More Fans to the Game

The Alouettes also worked with Montreal’s public transit service to solve the problem of getting people to and from their games. There is limited parking at the stadium itself, so the Alouettes worked with Montreal’s transit service to institute shuttles for fans. On game nights, one lane of the road leading to Percival Molson Station is reserved for two dozen buses that shuttle Als fans from the metro station at the base of the mountain to the stadium at the top.

“What the Alouettes are doing to offer public transportation helps alleviate congestion. We applaud them for that,” said Korn. “They’ve sought concrete solutions to attenuate their impact on the immediate neighbourhood.”

“We have an open, constructive relationship with the Alouettes as with other mountain property holders,” said Korn, who, despite some lingering disappointment about the stadium expansion’s impact on the Mount skyline, values the Alouettes’ initiatives to restore this particular infrastructure.

“Montrealers love their mountain, but they also love their Alouettes,” she said. Korn also noted that, in addition to addressing the community’s concerns about environmental and cultural impacts, Alouettes executives also give back to the mountain by supporting Les amis’ annual snowshoeing fundraising event.

“The Alouettes are a proud corporate citizen,” said Paré. “We feel a strong sense of responsibility to the members of our community and to the natural environment, and engaging with local organizations like Les amis is important to us.”

This case study appears in a how-to guide for managers called Working with the Community: A Guide for Small Business. 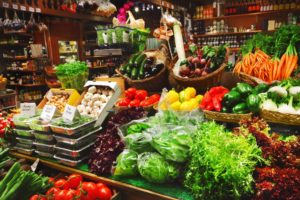 When “Green” Means Premium—and When it Requires a Discount

When considering pricing strategies, what price premiums are consumers willing to pay for “green” products, and what types of products will they consider? 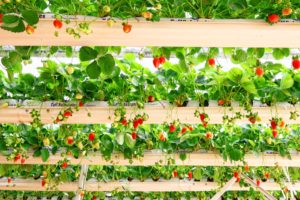 How to Really Introduce a Green Product: Beyond Brand-Aid Solutions

Socially responsible branding can humanize companies. It has a leg up on conventional positioning strategies. So where do green products fit in this?