Bad publicity — “shaming” — can lead to dramatic improvements in companies’ sustainability behaviour. But stakeholders need power to push the change.

Pollution. Safety violations. Workplace discrimination. Laws may exist to reduce these behaviours by companies, but often government has limited ability to enforce them. Monitoring and fines are typical government interventions, but lack of funding often limits their reach. In the United States, for example, the Occupational Safety and Health Administration inspected less than 1% of the workplaces required to comply with its regulations in 2016.

What happens when government adopts this “shaming” strategy? Johnson studied this by looking at the impact of press releases issued by the Occupational Safety and Health Administration (OSHA) after facility inspections. During an inspection, an OSHA employee reviews a facility’s paperwork and tours operations to assess hazards and compliance with occupational safety and health standards. From 2009-2013, if OSHA found violations resulting in more than $40-45,000 in fines, the agency sent a press release to newspapers near the facility and industry trade publications.

The press releases often resulted in articles and additional negative publicity for the facility. In one case, a newspaper reported:

Federal officials are proposing a $73,275 fine against Fieldale Farms Corp. following a January inspection that turned up 22 violations…..”To prevent workplace injuries, companies must incorporate good safety practices into their culture and not leave safety to chance,” Gei-Thae Breezley, director of OSHA’s Atlanta-East Area Office, said in a statement…. Serious violations alleged include the company’s failure to annually train employees on hazards related to blood-borne pathogens and to make the Hepatitis B vaccine available to employees exposed to blood-borne pathogens.

Why does the impact only reach facilities within the same sector and region? Firms usually tend to learn from the experiences of firms in the same industry. In this case, OSHA’s standards and inspection frequency are quite specific to industry, so the press release content was likely most relevant to facilities in the same sector. OSHA distributed its press releases to local rather than national news outlets, contributing to the regional impact.

Bad publicity alone isn’t enough to create change, however. Companies shift behaviour when stakeholders are able to use the information to advocate for change.

In the OSHA case, organized labour was the key stakeholder group. After a press release was issued, facilities in areas with strong unions improved their compliance. But facilities in areas where unions are relatively weak showed no improvement. “Workers need to be able to use the information about employers’ safety record to respond in costly ways,” explained Johnson. “If workers lack bargaining power, they may have little scope to leverage a press release to make demands from their employer.”

OSHA press releases likely provided valuable new information for workers. “There’s a lot of evidence that workers are not fully informed about how hazardous or dangerous particular employers are,” Johnson explained.

A different study illustrates shows how information can drive performance improvements when stakeholders have power. Researchers Artur Kalnins and Glen Dowell (Cornell University) studied the Toxics Release Inventory (TRI), which requires U.S. facilities to report the toxic chemicals they release into the environment. The TRI led to much larger reductions in toxic releases for facilities located in higher-income areas. “In richer communities, residents can put more pressure on companies to clean up,” the researchers said. “Lower-income communities don’t always have the resources to push back effectively.”

Information matters. Companies learn from the experience of their peers. An intervention at one company can spark action in others, as has happened in the MeToo and Black Lives Matter movements. Publicity – from any source – can be a valuable, and relatively cheap, tool for driving change across an industry.

The future of food means thinking differently. When manufacturers change their mindset, they can prevent waste and save money. Here’s what 50 companies show. 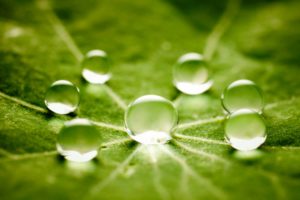 A 5-part framework shows how companies can adopt social purpose. Lafarge Eastern Canada has used it to guide transformational change.