How Can Employees Find Stability?

The digital economy is great for consumers, but a nightmare for workers. We need new structures to manage uncertainty.

An edited transcript is below.

How is the workplace changing?

Jerry Davis: The number of public corporations in the US has dropped by half since 20 years ago. I think that’s because of a shift in the way we organize business. It used to be that if you wanted to make something and sell it, you had to build a factory and a distribution channel. Now, anyone with a credit card and a web connection can rent a factory, rent a distribution channel, put up a storefront on Amazon. You don’t need the big investment.

We used to think of organizations as these long-lasting institutions, with missions and members. Now they might last for two years and then evaporate. I don’t think we’re well equipped to deal with that shift.

Dirk Matten: Datafication, the digital revolution, has changed our idea of what business is. How does that change the obligations and expectations of society toward corporations? Do corporations, with their values and the way they are set up, still concur with the basic value propositions we are used to?

What risks do big data and digitalization bring?

Matten: As with any new technology — nuclear power in the 1950s, rail transportation in the 19th century — we don’t know the full impacts on society and the environment. We already see some clash points — privacy, transparency, control of our “digital self.” We can also think about the general business model. Being a monopoly is essential for the success of companies based on data collection, processing, and application.

Davis: Also, digitalisation enables the creation of markets for things where we didn’t have markets before — transactions that would’ve been difficult or costly before. Across different sectors, we see the growth of the gig economy, and that undermines long-standing social institutions. Now, you can find a contractor to show up for two hours to do a task rather than hire someone to be a member of the organization. It’s a lot cheaper to do things by snapping together parts rather than having full-time employees.

Matten: Especially for consumers, the digital revolution has opened up opportunities — bringing down prices. That is the attraction and the strength. For business students, there are quite considerable opportunities. But it also creates questions and concerns. Think of an app like Snapchat — is this inherently unethical? That you can say something and be never accountable to anybody?

Davis: There is a sort of built-in schizophrenia. From a consumer’s perspective, I’m living in this world of bountiful convenience. But for labour, it’s a nightmare. You’re taking away these stable institutions. We used to train our students for a career at a company like Eastman Kodak — that world does not exist anymore. Now they are entering a world that looks like the children’s game of Chutes and Ladders — you land in the wrong place and you’re down to part-time purgatory.

How should business students prepare?

Davis: We need to prepare people for a world that could be changing radically every three years. Business school should look more like a Waldorf school — where you train people in liberal arts to understand how to operate in the world. It’s less about the purely technical skills.

Something has gone wrong where entrepreneurs are often college dropouts that never made it to their ethics class. Maybe if Zuckerberg had stuck around long enough to learn some of what they teach at Harvard, he wouldn’t have destroyed democracy so quickly.

Matten: There is a clear disdain for academic education in this industry. Peter Thiel gives scholarships to dropouts, not to those who finish college.

How do we move to a better future

Matten: At the beginning of the Industrial Revolution, we had “dark satanic mills” — very poor working conditions. Are we in a transition phase now? We could argue that digitalization and datafication of the world create more markets, make markets more efficient… Maybe we are just going through a transition and at some point market signals from labor will address some of these extremes.

Davis: That would be the dream….I think the transition you are talking about is a post-corporate transition. A hundred years ago, during the Progressive era, corporations were too powerful. But they were the best way to run the economy, for the 20th century, so we found ways to make them behave themselves — by not discriminating, by having safe workplaces, by producing safe products.

Now we’re entering this new era where the biggest employers — the corporations — keep evaporating. So the question is, what kinds of institutions could we create to enable stability in building a life and having a community, in a world where corporations no longer play that role? What would be a substitute set of structures of that could let people have a mortgage, have a family life, within a community, and not live in a constant realm of uncertainty?

Matten: We might see, as we see in some European countries, a revival of cooperative forms of organizing housing, where some of these risks that used to be taken care of by stable employment are taken up by the community so you at least don’t lose your housing. Civil society organizations — nonprofits — can play an important role. I think the nature of what they can do has not yet emerged.

How are workers experiences different across countries?

Davis: The gig economy can look great if you live in a country like Canada where you get health insurance and retirement security because you live here. So the gig economy could be exciting and thrilling, to do different things all day. That’s great if it doesn’t mean that if I break my leg and I don’t have health insurance, I lose my house and have to live in my car — which is what happens in the United States. So, it feels like there is a potential match between the surrounding social institutions and what enterprises could look like. If I started a gig economy firm in Denmark and it fails, great — everybody gets 80 per cent of their salary. But in the US, it’s a very life-or-death risk.

Matten: Not just in the US — think about emerging economies. You can’t just offload [responsibility] on the government. That’s why thinking about new institutional arrangements is probably an essential part of dealing with this new phenomenon.

Davis: Are there lessons distinctly from Canada? Canada has a pretty long history of social enterprises, such as Desjardins, cooperatives.

Matten: Canada always had alternatives to the shareholder-owned, publicly-governed corporations. The cooperative sector is pretty big in banking. There are also big business groups in many sectors of the economy — family-owned, endowed with ‘patient capital.’ An example is the George Weston Group. That might mitigate the situation but even the Canadian welfare state alone cannot pull this off.

Continuing the conversation can lead to solutions

Tima Bansal: I’m left with a couple of thoughts. We are seeing incredibly rapid creation and destruction of businesses, and we don’t know exactly what will happen, so that creates uncertainty. And that uncertainty will become turbulent and destructive unless we create a kind of safety net that layers over it. The certainty doesn’t have to come from the federal government. It can be provided by cooperatives, municipalities, other forms of organizing than we are used to.

I think we need to ask questions rather than provide answers. Because we don’t know the answers right now — there’s this future that no one is able to predict. But if we get the right people in the room, and ask questions, we can collectively try to fill in some of the blank spaces.

PrevPreviousDoes it Pay to be Climate-Responsible in the Trump Era?
NextHow to Accelerate the Circular EconomyNext 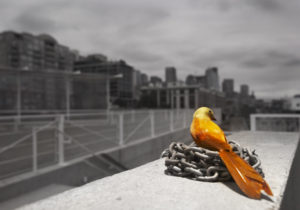 COVID-19 shows the importance of business resilience, both “passive” and “active.” These capabilities enable companies to meet present and future crises. 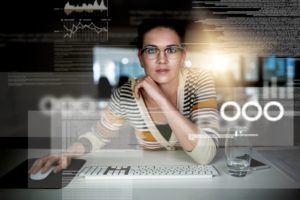 Sustainability reporting can be a valuable tool for managing performance.