How Collaboration Ended the “War in the Woods”

Lessons from the Great Bear Rainforest

Multi-sector partnerships can help solve complex sustainability issues. Partnerships bring together different types of organizations: business, government, non-governmental organizations and/or community groups. Partnerships are vital for complex problems that require many different kinds of skills or resources and involve many stakeholders. Through collaboration, partners can achieve more than imagined.

The Great Bear Rainforest in British Columbia, Canada, stretches for 6.4 million hectares along the province’s central and northern coasts. Logging has been widespread for more than a century. For most of that time, resource plans were prepared by experts working for the BC government, with limited public consultation.

Beginning in the 1980s, logging became increasingly controversial, erupting in conflict known as “War in the Woods.” As an academic researcher observed: “Environmentalists’ passion for old-growth forest ecosystems and the timber industry’s desire for trees of great size, durability, and wood quality are directly opposed.”

From Isolation to Collaboration

Initially, the different stakeholder groups failed to cooperate, instead launching separate initiatives. The BC government initiated two province-wide strategic land-use planning processes (in 1992 and 1996), but was unable to engage key parties. From 1997 to 1999, environmentalists campaigned for a boycott of BC forest products. Ikea, Home Depot and other companies agreed to stop buying these products; as a forest company representative commented, “Customers don’t want to buy their two-by-four with a protester attached to it.”

But gradually, stakeholder groups began to build partnerships. Alliances formed and reformed, expanding the network of cooperation. Coming together to discuss a more conciliatory approach toward environmentalists, forest companies formed the Coast Forest Conservation Initiative in 2000. The separate environmental groups also developed an alliance, the Rainforest Solutions Project, in order to coordinate their activities (2000). These separate industry and environmental groups then formed a shared alliance: the Joint Solutions Project (JSP) (2000).

In the Framework Agreement (2001), the BC government and other stakeholders agreed on two core principles: ecosystem-based management, a holistic approach; and greater inclusion of First Nations in governance. Even with this consensus, turning these principles into action was difficult. It required “five years, over a dozen committees and literally thousands of hours of meetings,” commented two participants.
Key process elements included:

In February 2006, the Great Bear Rainforest Agreements were announced by provincial and First Nations governments. The Agreements banned logging in 33% of the region immediately and committed to ecosystembased forestry management for the entire Great Bear Rainforest by 2009. The Agreements formalized theinvolvement of First Nations in decision making and implemented conservation financing to enable economic diversification. Funds worth more than $150 million were created with money provided by foundations, and the provincial and federal governments.

The 2014 agreement brought a positive assessment from representatives of all stakeholders groups. Ric Slaco, chief forester for Interfor, said: “This is not about capitulating. This is about understanding. You know we’re bringing new thinking to an old, traditional issue of conflict.” Art Sterrit, executive director of Coastal First Nations, said: “I do believe we’re going to complete this. There’s no doubt about it.” Steve Thomson, BC Minister of Forests, praised stakeholders for “finding solutions that manage both the environment and local economies.” Valerie Langer of environmental group ForestEthics Solutions said that the agreement “maximizes conservation while minimizing the impact to the timber supply.”

Collaboration is challenging. The process took decades and nearly ground to a halt at multiple points. “It wasn’t easy, I can tell you that,” said Ric Slaco of Interfor.

Collaboration can achieve unimagined solutions. Stakeholders reached a mutually satisfying agreement and created multiple innovations along the way, from conservation financing to a new model for involving First Nations in governance.

Smith, M., & Sterritt, A, & Armstrong, P. 2007. From conflict to collaboration: The story of the Great Bear Rainforest. http://forestethics.org/downloads/WWFpaper.pdf. Viewed on 26 February 2014.

Tindall, D. 2013. Twenty years after the protest, what we learned from Clayoquot Sound. The Globe and Mail, August 12. http://www.theglobeandmail.com/globe-debate/twenty-years-after-the-protest-what-welearned-from-clayoquot-sound/article13709014/#dashboard/follows/. Viewed on 26 February 2014. 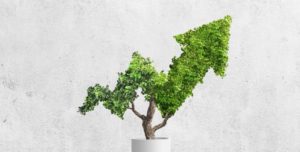 How to Get More Attention for Sustainability

Communicating is difficult in a hectic, divided world. Experts discuss how sustainability information can make it through the noise.