How Organizations Respond When Thinking Starts to Shift

What happens when practices once taken for granted – like smoking in the workplace – start to become less acceptable?

Question a group of co-workers about their “institutional logic” and they’ll likely return blank stares.

Despite struggling to articulate what institutional logic is, every workplace is affected by them — the societal expectations that influence what we do at work and why we do it. For example, how assumptions behind capitalism and representative democracy underpin how decisions are made in many North American businesses.

But what happens when a society starts to see things differently? When what was once taken for granted – like smoking in the workplace – starts to become less acceptable?

In the article, the authors observe what happens when a new logic begins to emerge and organizations need to sort out what that means for how they go about their business.

When new societal logics start to overlap, the tension results in “institutional complexity.” That complexity really starts to increase when new societal expectations aren’t well understood. Will practices need to change? Does the business need to make a wholesale shift or does it just need tweaking?

Bertels and Lawrence wanted to understand what happens when organizations experienced new societal expectations that didn’t come with a clear blueprint. For that, they went back to the chalk board.

Class is in Session: Competing Logics at Play

The researchers followed 10 Canadian public schools as they attempted to respond to changing societal expectations on how to better engage Aboriginal students in classroom learning.

To accomplish that, the schools needed to take a different approach — looking beyond multiculturalism to Aboriginal distinctiveness.

Canada, the study notes, has branded itself as a multicultural place to live, where differences are embraced and all people are meant to be treated equally. As a result, many of the teachers in the study approach their classrooms in a similar way — celebrating different cultures equally while teaching a single Canadian curriculum.

Aboriginal or First Nations communities were Canada’s original inhabitants. But after years of discriminatory treatment, Aboriginal students are far less likely to succeed in Canadian school systems. They have lower test scores and are far more likely to drop out. The schools found themselves at the centre of conversations about how to respond to unique needs of Aboriginal learners.

Shifts in societal expectations of how Aboriginal Peoples should be treated and emerging conversations about Aboriginal distinctiveness prompted some to reconsider how they were delivering education — including integration of First Nations and Aboriginal culture into lesson plans and what routines and support would work best for Aboriginal learners.

Going from Complex to Complete

After conducting hundreds of interviews and monitoring the schools, the authors found that some schools were starting to see Aboriginal culture as distinct, not just a piece of the mosaic that makes up Canada.

Schools took many different approaches, but two methods stood out.

First, schools with access to data (e.g. Aboriginal students’ test scores, graduation rates, etc.) made more of a shift. When confronted with hard facts demonstrating that Aboriginal students were being left behind in school, it was harder for teachers to fall back into the old “way of doing things” – one clearly not working for everyone.

To help your own organization adapt, finding and communicating evidence about why a shift is needed can be valuable.

Coalition building was another key tool in a successful shift. When teachers or other staff had personal connections to the First Nations experience (e.g. being Aboriginal, having friends on reserves, prior cultural competency training) they often acted as leaders in the school, setting an example for others to follow.

It’s helpful, then, to find people in your organization who understand the shift you are trying to make and to partner with them to help ease the shift for others.

What to Watch Out For

The authors saw four different patterns emerging, with only one ending in a true shift towards an Aboriginal distinctiveness approach.

Some staff got stuck reframing reasons why they were making any change at all. Instead of recognizing historical barriers to schooling for Aboriginal students, teachers and administrators felt the issue was about “belonging.” Help your team avoid redefining the issues at hand by being clear and using data to support your case if possible.

A few schools conducted workshops about First Nations history. Although more teachers became aware of the broad issues, there was still confusion about what individual action needed to be taken. Making an organizational shift is about more than organizational objectives — people need to know what they specifically need to change.

Some schools focused on developing separate educational programs and services for Aboriginal students. This sheltered the rest of the school from change. Watch for efforts to shield the organization from change by trying to restrict it to particular departments or locations.

In these schools, significant efforts were made to integrate Aboriginal culture into the school’s identity and to change their practices to make school work for Aboriginal learners – changes that ended up benefitting many students. Whether by prominently displaying cultural artifacts, involving Aboriginal elders in school events or including territorial acknowledgements, these schools restructured themselves making it impossible for staff to reframe or isolate First Nations student issues. Change takes commitment and needs to be approached from multiple angles.

It’s not easy to change the way organizations behave — especially in large organizations set in their ways. However, just like with smoking in the workplace, a shift towards incorporating environmental and social considerations into decisions will require businesses adapt what it is that they do in day to day. Bertels and Lawrence show that such change is possible. 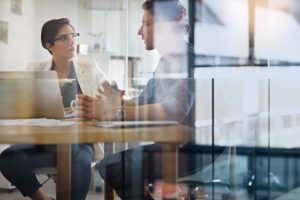 The Three Ps of Employee Goal-Setting

Incentives do not guarantee behaviour change, but they can motivate and reinforce desirable behaviours among your employees.