How the Making of a Mega-City Prompted Partnerships for Sustainability

Boundaries of the mega-city have changed, but Montreal’s sustainable community plan (SCP) prompted by the agglomeration demonstrates continuity.

More organizations are using partnerships to address sustainability challenges — but not all partnerships are successful. Collaboration and partnership are often used interchangeably — yet collaboration, which means achieving optimal outcomes for all parties, actually drives the success of a partnership.

The Network for Business Sustainability (NBS) recently released a report, Sustainability through Partnerships, identifying partnership best practices. Here, we highlight key aspects of the City of Montreal’s sustainable community plan that fulfill the requirements of a collaborative partnership and, ultimately, set the foundation for its success.

In 2000, the Québec government agglomerated the municipalities on the Island of Montréal into one city. Boundaries of the mega-city have changed, but the sustainable community plan (SCP) prompted by the agglomeration demonstrates continuity.

To address the shifting boundaries in an integrated way, Montréal developed a vision for urban development and enhancement of the city. As part of public consultations, nearly 3000 city stakeholders from government, business and civil society outlined their priorities for the Island of Montréal. The result? “A huge list of demands,” says François Miller, Team Lead of Montréal’s Sustainable Development Coordination Team.

Yet, sustainable development was one of the Summit’s five persevering themes. “It wasn’t one issue, such as bad air quality,” recalls Miller. “It was the multiplicity of demands that made it clear a plan to integrate these concerns was necessary.”

Following the Summit, the City of Montréal responded by adopting its first five-year sustainable community plan (SCP)3; a partnerships model was at its core. Now in its second iteration, spanning 2010 to 2015, Montréal’s SCP partnership has grown to 220 partners. Figure 1 illustrates the development of this SCP.

Letting partners opt in to the SCP, rather than requiring them to sign on, has been effective in building widespread involvement. This opt-in approach makes it simple and persuasive for organizations to sign on as SCP partners. Businesses, non-profit organizations, government agencies and other institutions cite a range of benefits, including knowledge sharing and cost reduction, as incentives for partnering.

Knowledge sharing occurs not only through SCP workshops and conferences, but also between partners. André Longpré, Director of Engineering and Sustainable Development at the National Bank of Canada, recalls how the Bank’s partnership with the SCP led to another partnership with Ville en Vert, resulting in new ideas and initiatives.

Partnering with the City helped Concordia initiate a university-wide sustainability strategy, which prompted cost sharing. According to Coordinator Jenn Davis, the university was able “to bring down costs by purchasing together, or for example, [sharing] the cost of a software program” among different university bodies.

For Santé Publique, a provincial department, an initial pitch to a local board ended up mobilizing Québec’s health sector on sustainability. Louis Drouin, Head of the Urban Environment and Health Department, pioneered Santé Publique’s SCP partnership in Montréal, which led to a green policy to implement recycling and composting, among other projects. Then, “I sold this project to all the hospitals,” explains Drouin. No small feat considering Montreal’s health sector employs 125,000 people.

Sustainability initiatives continue to spread despite the absence of coercion. The spread is supported by a communication system, including a monthly e-bulletin suitably titled DOMINO.

The Art of Collaboration in Montréal

Once an organization opts to partner with the City, the partnership model provides the foundation for collaboration. The City of Montréal uses — and advocates — the following guidelines, reflecting recommendations in NBS’s partnerships report:

Subsequently, a Sustainable Development Coordination Team was set up to implement the SCP and oversee progress on SCP objectives. This evolution balanced flexibility and structure and helped shape common rules and norms.

Negotiate and build consensus. Negotiation is loosely formalized between each partner and the Sustainable Development Coordination Team. Nine objectives and 37 underlying actions serve as the SCP’s common thread — or consensus — while allowing each partner the autonomy to decide which actions to implement and how to implement them.

“How the objectives are measured is dissociated from how we measure the progression of each partner action,” says Miller. For example, “if there is an energy crisis and the price of oil rises or a power plant closes, GHG emissions drop.” This drop, however, cannot be equated with sustainability.

Jim Nicell, Associate VP University Services at McGill University, notes that the City “didn’t ask the partners to share in every priority, it allowed partners to identify where they had the most control, the most opportunity for change.” The City thus generates shared value.

“If the City commits to installing 500 bike racks, it would take longer to install these without partners. For example, a large organization may commit to the installation of 150 while a non-profit may add five more,” says Miller.

Following these guidelines helps achieve mutually optimal outcomes between City and partners, bolstering the SCP’s opt-in approach and reinforcing the partnership model. The SCP is a model for other cities.

NBS gratefully acknowledges the contribution of Environment Canada, which provided funding for this case study. We would like to thank Environment Canada staff Marc-Andre LaFrance, Dara Finney and Paula Brand for their review of the content. We would also like to thank François Miller (Team Lead, Sustainable Development Coordination Team, City of Montréal) and André Longpré (Director of Engineering and Sustainable Development, National Bank of Canada) for their participation in interviews; and Amelia Clarke (University of Waterloo), who made significant contributions to research on partnerships and collaboration specific to the City of Montréal.

Brown, D.F. 2006. Back to basics: The influence of sustainable development on urban planning with special reference to Montreal. Canadian Journal of Urban Research, 15(1): 99-117. 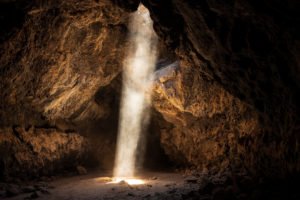 What Business Professors Are Saying about COVID-19 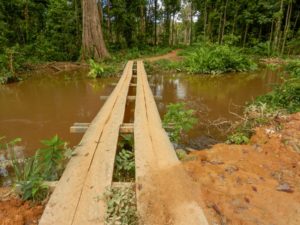 The forestry company’s operations resulted in rape and pollution — and a certification for sustainable forestry. How did this happen?