How to Design Eco-Labels to Influence Consumers

Eco-labels or sustainability ratings can be an important guide for purchasing sustainable products. But not all rating systems are equally effective.

In 2012, Stefanie Hille and Wüstenhagen published a paper pointing out the ineffectiveness of a change in the design of the European Union’s energy efficiency labels. The labels had switched from an A to G scale to new categories including A+, A++ and A+++.

The research, described below, was recognized by the NBS-ONE Research Impact on Practice Award.

Hille’s and Wüstenhagen’s findings drew wide attention, and on June 13, 2017, the European Union decided to abolish the confusing categories.

“I think this shows how research can have an impact on practice — even though sometimes you have to be patient,” said Wüstenhagen.

The original A-G scale will be reinstated in 2019.

Satu Hassi, a Member of the European Parliament, had perhaps the most vivid critique of the A+ to A+++ categories. “It devalues the difference between the better energy efficiency performers,” she said, “equivalent to replacing Olympic gold, silver and bronze medals with gold+, gold++ and gold+++.”

How can consumers choose sustainable products? Eco-labels or sustainability ratings can be an important guide. These systems compare products or services in terms of their social and environmental performance, identifying those that are best in class.

But not all rating systems are equally effective at influencing consumers. When the European Union revised its energy efficiency ratings for appliances recently, researchers Stefanie Hille (née Heinzle) and Rolf Wüstenhagen, both at the University of St. Gallen, Switzerland, identified what kind of ratings were most likely to lead consumers to make energy-efficient choices.

Hille and Wüstenhagen were runners-up for the inaugural Research Impact on Practice Award, sponsored by NBS and the Organizations and the Natural Environment (ONE) Division of the Academy of Management. Their article was published in Business Strategy and the Environment.

Since 1992, the European Union has rated appliance energy efficiency using an A-G scale, with A indicating greatest efficiency. But as manufacturers increased appliance efficiency over time, virtually no appliances received the lower rankings anymore.

To differentiate products, European Union regulators had a choice. They could keep the A-G scale, and tighten qualifications (i.e. make the standard for an A rating higher). Or they could include additional categories to reflect the efficiency gains. With this approach, in addition to the old A-G categories, they would offer A+, A++, and A+++ ratings (an A-plus scale).

The key lesson is that people process information differently depending on how it is framed, the researchers explain. “The European Commission’s proposal was not based on a thorough understanding of how consumers would consider the new label design in their purchase decision,” says Hille. “Our study was the only one available which explicitly investigated this question.”

Their research became core to the policy debate. After Hille and Wüstenhagen presented their findings at academic conferences, advocacy groups and others began citing them, and the findings gained national and international media attention.

Now, the European Union recognizes that consumer testing should inform legislation, says Hille. For example, the European Union now has a unit on behavioral economics, which uses psychology and economics to understand consumer choices. That unit seeks to test the effectiveness of policy interventions before they’re put into place.

Hille has also studied a different kind of eco-label, for cars. The European Commission has introduced a Europe-wide fuel consumption label that uses an A-G rating similar to that used for household appliances. Discussions have centred on how to provide this comparison. Cars can be rated for fuel efficiency within class (e.g. comparing SUV to SUV) or fuel consumption on an absolute scale (in which small cars, for example, generally receive higher ratings than larger cars). Again, Hille seeks to understand consumers respond to the ratings. So far, she has found that consumers have difficulties understanding ratings that compare cars within class (where a large car receives an “A” label if it is among the best cars of its size, even if its absolute fuel consumption is high.)

How to Create Research With Impact

Hille and Wüstenhagen draw research ideas from real-life problems. “I believe it really helps as a researcher to spend some time with policymakers or in industry,” says Hille. Time spent working at the European Commission and European Parliament has given her a better understanding of “what gaps might be and what problems policymakers face.” The policymakers she has worked with have also realized how research can help their work.

Wüstenhagen, who worked in the venture capital industry before pursuing an academic career, encourages young researchers to think about the impact their work could have on real-world issues. “I always felt like striving for a combination of rigor and relevance is how academics ultimately create value for society. I am thankful that my university supports this approach to research and teaching, and hope that other academic institutions will increasingly follow suit.”

The Research Impact on Practice Award will be given annually to recognize research that provides such actionable insights. While academics produce high-quality research, much of it remains in publications and conferences targeted at other academics. This award seeks to celebrate and share research that has the ability to change business.

Stefanie Hille (née Heinzle) is currently Assistant Professor of Energy Consumer Behaviour at the University of St. Gallen’s Institute for Economy and the Environment; she was formerly a doctoral student at St. Gallen (Switzerland). From 2008-2011, Hille worked as a research associate at the Good Energies Chair for Management of Renewable Energies at the Institute for Economy and the Environment. In 2011, she was a visiting scholar at the National University of Singapore. This article emerged from her dissertation.

Rolf Wüstenhagen is Professor of Management of Renewable Energies of the Institute for Economy and the Environment, and holds the Good Energies Chair for Management of Renewable Energies at the University of St. Gallen (Switzerland). His research and teaching focus on various aspects of renewable energy market development, with a particular emphasis on understanding the intersection between energy policy, investor behavior and consumer choice. He was on the lead author team of the special report on renewable energy and climate change mitigation of the Intergovernmental Panel on Climate Change (IPCC) from 2008 to 2011, and is a member of the advisory board of the Swiss government’s energy strategy 2050. 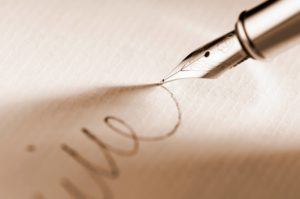 How can we address and reduce conflict? Let’s collect ideas and actions, for Ukraine and other conflicts worldwide. 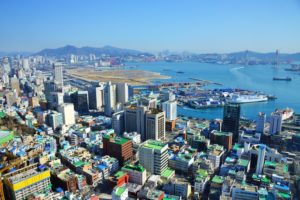