How to Develop Action-Oriented Climate Strategies

Emissions regulations are likely to increase. Multinational companies don’t need to wait; they can proactively respond by cutting emissions.

In 2004, the combined production emissions of BP, ExxonMobil, and Shell were equivalent to half the emissions in the UK. Consumption of BP’s products resulted in 1376 million tons of CO2 being released in 2004, exceeding all of Germany’s 2002 emissions.

A 2007 paper by Ingvild Andreassen Sæverud and Jon Birger Skjærseth, Oil Companies and Climate Change: Inconsistencies between Strategy Formulation and Implementation, explores how climate strategies of ExxonMobil, Shell, and BP are implemented.

The researchers found a high consistency between companies’ environmental strategies and the actions taken to implement them. Consistent with its reactive strategy, ExxonMobil did not acknowledge the impact of GHGs and opposed the Kyoto Protocol. Consistent with their proactive strategies, Shell and BP acknowledged climate change, supported Kyoto, and set targets to reduce their emissions.

Emissions regulations are likely to increase. Multinational companies don’t need to wait; they can proactively respond by cutting emissions.

To develop climate strategies that translate into action, companies should set specific targets to reduce emissions. BP committed to no net increases in emissions by 2012 regardless of company growth.

Companies should also align investments with their climate strategies. Shell and BP have improved energy-efficiency of their operations, reduced flaring and venting, invested in wind and solar power, and are developing ways to capture CO2 from production to store or to improve oil recovery. These investments not only respond to policy, they present an opportunity for companies to showcase their commitment to helping the planet. 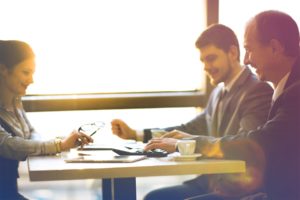 How to Change Your Organization: NBS Resources

Sustainability begins at home. How can you get your house in order?