How to Have Hard Talks

Different perspectives can lead to valuable insights. New guidance shows how to find the hidden potential in disagreement.

We’ve all been there. You’re chatting with someone and they state an opinion that conflicts with yours. Your stomach knots. You’re talking to a total stranger or, even worse, someone you know and respect. How do you handle the disagreement?

As sustainability professionals, we often find ourselves in conversations with people with different views. Those folks might prioritize bottom line above all, or explain away global warming as “part of the natural cycle.”

The responses above are all too human. But there’s a way to turn an awkward silence into an opportunity. A new book, Breaking through Gridlock: The Power of Conversation in a Polarized World, shows us how to find the hidden potential in disagreement.

The book began with a light-hearted conversation in 2010 between friends and collaborators Jason Jay, director of the Sustainability Initiative at MIT Sloan, and Gabriel Grant, CEO of consultancy Human Partners. The two laughed over lunch about the pitfalls of sustainability advocacy, poking fun at the uncomfortable, clichéd situations in which each had repeatedly found himself.

Soon after, Jay spoke to students and faculty at the University of Michigan’s Erb Institute, a sustainable business hub. When he described the uncomfortable dialogues that green supporters experience, the audience responded strongly.

“We saw a need,” says Jay. Over the next five years, Grant and Jay led more than 2000 sustainability advocates through a process of self-reflection to uncover what works and what gets people stuck in conversations for a better world.

Begin by Having a Conversation with Yourself

The book they’ve developed isn’t a summer beach read. It’s a manual that guides you through a conversation with yourself, in preparation for conversations with others.

You will work through six steps towards more productive conversations. You’ll learn from others’ stories and go through textbook-style exercises. You’re encouraged to track progress with notes, and work with a buddy who can keep you honest.

Readers have used the lessons learned to gain breakthrough commitments in discussions ranging from corporate carbon negotiations to dinner with parents.

Three Tips for the Breaker of Gridlock

While each person’s journey to better conversations varies, Jay and Grant identify a few common themes.

1. Recognize that tension is the source of innovation.

“Ironically, the stickiest conversational areas are likely our most fertile ground for making a difference,” says Grant. Sustainability professionals are introducing a greater level of complexity into the conversation. The goal is to make tension healthy and productive rather than eliminating or avoiding it.

Inevitably, there’s conflict between the goals of an organization and of society, and between the world today and the world we want. These tensions can frustrate us, but they also give us a sense of purpose and growth. The challenge becomes finding ways to work with tension productively.

2. Invite people into the journey.

Learn what’s most important to people who seem to be your adversaries and consider whether their priorities can have a place in the future you’d envision. Once they’re in a conversation with you about what they want the future to look like, they will care about the outcome.

“I was once told not to use the word ‘sustainability’ around the office,” says Grant. “I asked for a meeting with senior leadership and started a conversation around what kind of world we wanted to create. More than a decade later, that executive served on President Obama’s climate change task force and received national recognition for his environmental leadership.”

Sustainability advocates have created their own choir, and it’s easy to sit back and complain that others don’t hear the music.

Grant recommends finding a buddy who will hold you accountable to begin — and finish — tricky conversations. Find someone who doesn’t just agree, but helps you look at things differently.

“We’ve even seen people use this approach to transform a relationship with an adversary, by asking them to be a trusted adviser who will listen and provide early informal feedback to your proposals,” says Grant.

Grant and Jay applied this approach in developing their book. “We hired our cartoonist to help with our communications specifically because he was great at poking fun at sustainability advocates. He could help us see ourselves as others see us.”

People avoid difficult conversations, says Grant. They become frustrated and resigned. But when the authors lead workshops, they consistently see people both improve their relationships and make progress toward their desired outcomes.

So drop your avoidance strategies and get comfortable with being uncomfortable. “This book is not for the fainthearted,” said Gwen Ruta, senior vice president, Climate and Energy, at Environmental Defense Fund. “But if you truly want to change the world, it gives the tools and the inspiration to do so.” 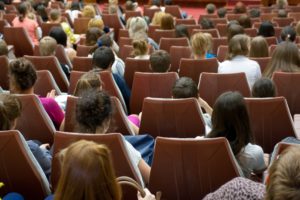 How can sustainability knowledge be diffused among colleagues and employees? A number of factors facilitate organizational learning, and the results of the learning processes. 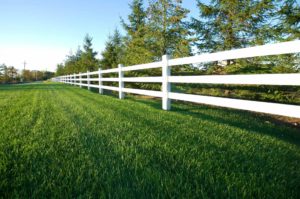 Executives and marketers can use their business to push for positive change. That’s good for the bottom line of small businesses – but risky for big businesses.