How to Have Research Impact in a Post-Truth World

Many sustainability researchers want their efforts to have application to practice. They hope that managers will use their findings about more energy-efficient processes, or policymakers will draw on academic insights in prioritizing issues.

However, research can’t impact practice if the person receiving the insights distrusts researchers or science. Climate change shows us the challenge to science: despite research consensus warning of a warming planet, findings are publicly disputed.

At the Network for Business Sustainability (NBS), “co-creating knowledge” has long been a priority. NBS brings researchers and managers together on topics of common interest to generate knowledge that is both practically relevant and rigorously generated. We know that co-creation can lead to new insights and greater impact on both research and practice.

But lately, I have been thinking about the promise and perils of co-creating knowledge, especially in the current environment.

How does co-created knowledge fare in this “post-fact” world? What are its strengths and weaknesses?

Diving into a Review of Public Distrust in Science

My thinking on this issue was prompted by a recent article by Sara Rynes and Amy Colbert (University of Iowa) and Ernest O’Boyle (Indiana University). The authors state that research fails to impact practice because individuals often choose not to believe the findings. They identify two sources of disbelief:

The sociopolitical context in many countries amplifies the second dynamic. Social media aids people in choosing and advocating the facts that support their interests, drawing on biased sources, and disregarding contradictory information. Bias is so mainstream that the value of objectivity, hallmark of science, is up for debate.

NBS has conducted 15 co-creation projects over the past eight years. For each project, NBS convened a team of managers and researchers who had functional and research expertise on a specific research topic.

For example, a 2015 project addressed the question “how do competitors collaborate to advance sustainability?” Five managers with experience in the topic, from companies across Canada, joined a researcher with academic expertise in industry collaborations. They met six times over the course of eight months, following the research process from defining a research question to building a framework based on the data analysis. The project has won awards such as Canada’s Clean50, generated academic articles, practical impact, and further funding.

However, on the path to such success are dilemmas experienced by researchers in a co-creation project. These dilemmas are arguably intensified in a broader environment that distrusts the legitimacy of the academic enterprise.

With Dr. Tima Bansal, the founder of NBS, I systematically studied NBS’s co-creation process and conducted 67 interviews with managers and researchers who have been part of such projects over the years. The study has generated rich findings. Here, we identify two key dilemmas that the researchers in NBS co-creation projects have faced. We frame these dilemmas in light of what Rynes and co-authors remind us of public distrust in scientific evidence.

Dilemma 1: Should I change conclusions based on manager feedback?

In NBS projects, the managers teaming up with the researchers are typically sounding boards, rather than sources of data. Following a systematic research process, researchers collect data, not necessarily from the managers’ organizations. The researchers analyze the data, create conceptual frameworks and share them with the managers. The managers provide inputs in terms of their reactions to these frameworks.

This dilemma is a double-edged sword. Dealt with carefully, the manager’s input can help the research generate more relevant outputs. However, given attacks on the objectivity of science, not defending science-based findings can exacerbate the distrust of the researcher expertise in the broader audience ultimately receiving the project outputs, if not among the collaborating managers. In other words, co-creation asks researchers to suspend their role as experts and be more inclusive of the manager’s inputs. But this position conflicts with standard ways of establishing trust in academic expertise, where researchers have the answers because they have systematically collected data.

Researchers in our projects have dealt with the dilemma differently:

Dilemma 2: Should I simplify findings for a practitioner audience?

Co-creation projects require researchers to frequently consider the practical relevance of their research findings. How should they share information in each meeting with the managers and, at the end of the project, with a broader audience?

Inevitably, practical relevance requires simplifying the message. However, science is based on contingencies. Findings appear with confidence intervals and margins of error. Most researchers are wary of a message that strips the complexity and indicates that the findings are categorical.

For NBS researchers, this dilemma is likely the hardest. Researchers see the quality of their work in terms of precision and details. Before meetings, NBS project managers often edit the documents the researchers prepare in order to provide a clear message to the managers in the meeting. At the end of the project, NBS project managers do the same for the final report. Even though the managers find the edited document useful, many researchers have described the editing as “unnecessary,” “too simplified,” or “not fully representing the complexity of the findings.”

This dilemma between complexity and simplicity is important for the message to reach the managers so that they can participate in the project. However, it has implications for how one would create public trust in science. Experts argue that simplification is necessary for the public to receive the message, but trading off complexity can likely provide reason for distrusting the findings if the findings are inapplicable in specific situations.

Our attempt here is not to provide answers to co-creation challenges in this ‘post-truth’ world. Our attempt is to raise more questions. We encourage researchers to think about how they can embrace the tension between being experts who can provide science-based findings and being knowledge co-creators who consider others’ inputs even if they are beyond the tenets of science.

As well, in these challenging times, contingencies in message rather than categorical answers might be more useful. For example, Heather Dixon-Fowler and colleagues provide contingency-based findings to the relationship “doing well by doing good.” They show that the relationship is not straightforward but rather contingent upon firm size, location, and type of environmental action. Contingencies can allow polarized parties to find common ground. Hence, those translating research findings must not dismiss the value of complexity. At the same time, researchers must remember that the risk of losing the audience in complex messages remains. Hence, researchers must not dismiss the value of simplicity.

Researchers looking to co-create knowledge with managers are faced with important dilemmas, but the good news is that academic enterprise is built on tensions and dilemmas, so we are equipped to face these. As Niels Bohr says, “How wonderful we have met a paradox. Now there is some hope of making progress.”

Network for Business Sustainability. 2018, September 22. Powerful conversations in the classroom and beyond. Available at https://nbs.net/p/powerful-conversations-in-the-classroom-and-beyond-4707457d-5b54-4e80-bc57-1158e4d0df90

Garima Sharma is an Assistant Professor at the University of New Mexico. She received her PhD from Case Western Reserve University, Cleveland, OH, and was a Postdoctoral Fellow at Ivey Business School, London, ON, and the Network for Business Sustainability. Garima’s research interests are in understanding how organizations navigate social-commercial tensions in sustainability and corporate social responsibility. She also studies the opportunities and challenges in academic-practitioner collaboration for knowledge generation.

Bridging research and practice is core to the NBS mission.
Explore our recent resources for researchers interested in collaborating with practitioners.
And, join us as a contributor to the resources we are developing. Please share your interest by emailing Garima Sharma.

NBS seeks to help researchers navigate the path of co-creation with practitioners: integrating academic and practitioner knowledge for unique insights. Review our many existing resources and subscribe to our academic newsletter for new co-creation guidance.

We also hope you’ll contribute your own insights. Please share your interest by emailing Garima Sharma. 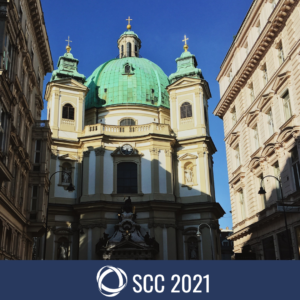 Work should nurture us, not exhaust us. How can academia achieve this?

Moving away from traditional research methods can feel like entering uncharted waters. Four scholars describe what you may find.