Can we benefit from similar solutions? Can an innovative response that worked in one place take off in another?

On one hand, practical wisdom suggests we avoid “reinventing the wheel.” If someone has already worked through a problem, let’s benefit from it!

On the other hand, history shows that potentially effective responses are often stranded – stuck where they were invented, and rejected in places that might benefit from them. This stranding is especially common when the innovative idea triggers a negative moral or cultural reaction in a new setting. These dynamics have often been seen, for example, in the context of women’s health and education.

Researcher Tom Lawrence (University of Oxford) set out to see how a controversial idea that worked in one location might get traction elsewhere.

He looked specifically at “high stakes” problems and solutions. These are serious social problems, of the kind outlined in the SDGs, with solutions that have profound practical and moral consequences. Both the problems and the proposed solution are often controversial.

His answer: Importing these “high stakes” responses can work. But the path to acceptance can be a rough one, requiring a lot of energy, effort, and time.

And: the idea changes along the way. To import a high stakes response to a complex problem, local people need to “translate” it – adapt it in ways that make it effective in terms of the local challenge and acceptable to the local community.

The idea for the site came from Europe, where such facilities began operating in the 1970s.

By the time Vancouver’s site opened, in 2003, it had the approval of a majority of local citizens, as well as local police, health care agencies, and municipal and provincial governments, But only a decade earlier, Vancouver was polarized, with deep divisions regarding the potential effectiveness, appropriateness, and morality of supervised injection sites.

To understand how the idea gained acceptance, Lawrence interviewed 26 key actors and reviewed publicly available documents, including more than 500 media reports, organizational and government documents, and video and radio recordings.

The move toward a supervised injection site happened in three overlapping phases. Each involved many “translations” by community members, as they considered what an injection site might mean for Vancouver.

Energizing (1997-1999). Vancouver’s drug users had long been political pariahs, with their situation largely seen as a law enforcement problem. But in the late 1990s, community members – from government to individuals – began to take a different view. Encounters with drug users built empathy and new understandings of addiction reframed it as a disease. The idea of an injection site was translated into local terms and hotly debated in government reports, international conferences, protests, and newspaper articles.

Exploring (2000-2002). Next, the idea of an injection site moved from discussion to concrete experience. Reports, articles, and conferences continued, but organizations also created pilot sites, including illegal operating sites, that allowed residents to see what a supervised injection site would look like. Despite the controversies around some of the sites, direct exposure made the idea less threatening to city residents.

Integrating (2000-2003). The final set of efforts built the government-sanctioned injection site and worked it into existing Vancouver routines and structures, through government endorsements, public events, and a supportive stakeholder network.

Vancouver’s experience has lessons for any community facing a “high stakes” situation, where a serious social problem requires a response that might challenge many people’s beliefs and values.

These dynamics also occur within a company, or across organizations. One unit in a company might come up with a great process innovation. But for the idea to take off elsewhere in the company, it has to mesh with local politics and values.

There is no recipe for acceptance, but here are some key ingredients for change.

Emotion: High-stakes change isn’t a smooth, rational process. It’s not enough to know that the current system isn’t working; change requires intense emotions to create and maintain the energy necessary to overcome resistance and fatigue. In Vancouver, the process was sparked by intense anger, but was sustained by the empathy that key individuals felt for the drug users. Empathy and anger are both “approach” emotions—they motivate interaction and give people a sense of agency.

Small steps: The story of Vancouver’s drug injection centre was not of establishing one big thing, but of creating lots of smaller big things. Each was controversial but also provided a foundation for dialogue and a basis for further action.

Lawrence’s research recently received the 2018 Research Impact on Practice Award. The award, sponsored by NBS and the Academy of Management’s Organizations and the Natural Environment Division, recognizes work on sustainability that has important implications for practice.

PrevPreviousThe Limits of Leadership: Lessons from Canada’s Clean50
NextBusiness Sustainability Challenges in 2018Next 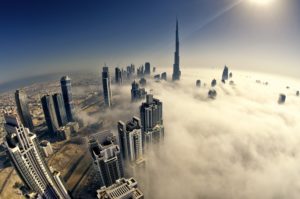 B Corp Overview for Businesses

To understand B Corps, get to know B Lab. B Lab certifies companies and provides a platform for them to contribute to community and environment. 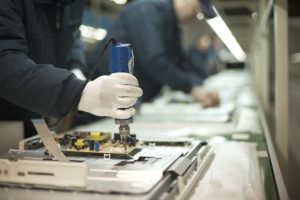 For those leaders still trying to make the business case for sustainability, here’s something to tell senior management.