What is Corporate Wrongdoing? 4 Ways to Prevent It

Corporate wrongdoing is driven by context. 4 strategies can shift the context and prevent unethical behaviour.

Dr. Timothy Devinney is Professor of International Business at the University of Manchester

What is corporate wrongdoing?

A day rarely passes without news of corporate wrongdoing. Unethical actions by corporations include automobile safety faults, lead paint in children’s toys, bribery of officials, environmental damages and so on.

These actions occur despite the clear penalties associated with such behaviours and the clear ethical implications.

We need a new approach to encourage ethical behaviour

Looking at corporate wrongdoing, many see the solution as yet more penalties and regulations. Others call for more ethics training. But this discussion ignores the key role of context — our environment — in driving “immoral” decisions and after-the-fact rationales.

As individuals, we also make choices that don’t seem to align with our intentions or values. For example, surveys consistently report consumers saying that they will save the planet by purchasing ethically and living sustainably life. But actual purchases reflect little of that enthusiasm, as my colleagues and I showed in the book The Myth of the Ethical Consumer.

The good news: Change the context, and you can change behaviour. The bad news: We must recognize that we ourselves could fall victim to immoral or unethical decision making.

How we know that context drives wrongdoing

These experiments reveal that free will can be an illusion when roles and contexts demand specific behaviour. They suggest that rather than focusing on making people more ethical, we may need to emphasize putting them into situations where “the right thing” is demanded and expected.

The good news: We know what factors influence corporate and personal decisions — ethically or unethically.

Each of us may have the potential to act unethically

While we like to believe that Jeffrey Skilling, Raj Rajaratnam and Jérôme Kerviel are different from us and that we would never do what they did, we simply do not know, because we do not know the context in which they made decisions. We are deceiving ourselves when we tell ourselves that ethics in business is different from ethics in other circumstances, or that we are unlikely to transgress.

We can prevent wrongdoing by changing the context

Companies and individuals should be alert to the aspects of a context that can foster wrongdoing. As discussed above, they should:

Companies and individuals should be alert to the aspects of a context that can foster wrongdoing. As discussed above, they should:

Humans are very good at deceiving ourselves. “We often see the world the way we would like it to be rather than the way it is,” scholar Harry Triandis writes. We select information that confirms our beliefs, and downplay or ignore information that doesn’t.

Every corporate scandal features character witnesses professing shock at what a seemingly “nice,” “normal” and “hardworking” person ended up doing. Ultimately, our views of who we are and why we do what we do are an illusion. To a very great extent, we are manipulated by the contexts and roles that we find ourselves in. It is no simple task to not give into what those rules and context demand.

Dr. Timothy Devinney is Professor of International Business at the University of Manchester. He has published eleven books — e.g., Managing the Global Corporation (with J. de la Torré and Y. Doz, 2000) and The Myth of the Ethical Consumer (with P. Auger and G. Eckhardt) — and more than ninety articles in leading journals. He has presented papers and addresses at more than 200 universities and conferences in the last ten years.

In 2008 he was the first recipient in management of an Alexander von Humboldt Research Award (Forschungspreis) given by the German government and was Rockefeller Foundation Bellagio Fellow. In 2008 he was elected a Fellow of the Academy of International Business and a Fellow of the Australia-New Zealand Academy of Management (ANZAM). His research, teaching and public service has been recognised in a number of ways, with numerous best paper and teaching awards. He is a frequent commentator on public events and social issues in the press and various media.

PrevPreviousBuilding Public Trust, One Board Member at a Time
NextCreating Industry-Level Interest in Sustainability: Communications Tactics that WorkNext 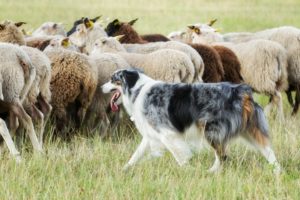 How to Hire a Change Agent

Look for certain qualities to identify employees who will tackle a company’s sustainability challenges. 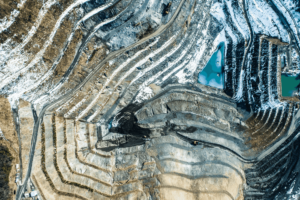 How to Make Mining More Sustainable

Technology such as blockchain can make the mining industry more sustainable, but supplier engagement is still crucial. The cobalt supply chain provides lessons.