Outsiders are the New Innovation Stars

Look outside the R&D lab for innovation success. Your stakeholders can help you develop product and service solutions to sustainability problems.

The wild-haired company scientist. The driven manager. The high-priced consultant. These are the standard characters in tales of corporate innovation.

But some companies are adding new actors to their innovation cast. They are involving external stakeholders such as non-governmental organizations (NGOs), government, and universities in sustainability-oriented innovation (SOI) processes. SOI produces new or significantly improved products or services that address environmental or social problems.

Adding these new faces makes for better innovation, say the researchers. Sustainability challenges are complex, and external groups may have valuable information.

It’s relatively common for companies to seek feedback from potential consumers of a product or service. But in many of the cases studied, companies involved a broader range of stakeholders in more collaborative ways, such as ongoing dialogue and even joint decision-making.

A Number of Roles

Stakeholders helped company innovation in these ways, among others. (See the researchers’ brief for more roles and details.)

Sparking ideas. Ideas can come anonymously, e.g. through an idea competition. But it can be particularly productive to work with a known local stakeholder, because the collaboration can be ongoing. The prototype coordinator at stonewool solutions company ROCKWOOL describes his connection with the innovation director at NGO Orange Innovation: “He and I connected very well, we have some crazy ideas both…. We were standing by the coffee machine and just talking, and then suddenly we had an idea.” The collaboration has since resulted in a real life innovation lab at the music festival organized by the NGO.

Building bridges to other partners. Stakeholders can use their networks to involve other relevant groups. For example, Unilever cooperated with an NGO focused on unemployed youths in order to identify people who would be interested in becoming ice-cream entrepreneur-distributers using zero emission vehicles.

Refining ideas. Feedback from consumers and others can help fine tune innovations. Construction company SKANSKA together with IKEA developed housing that was environmentally friendly, affordable, and encouraged social interaction. Consumer feedback helped the architect make the apartment layout efficient and desirable, with a sauna and vegetable plots in the yard.

Building legitimacy and educating consumers. Endorsements from external stakeholders can help build your customer base; external stakeholders can also help you reach customers directly. In a solar energy project, a UK utility company wanted to conduct pilot testing with households. The project manager explained: “We were very concerned, because people don’t trust the [company], that they would think it was some kind of scam or an attempt to trick customers. So we partnered with the local council, the municipality, and also with a local charity, who were energy efficiency focused.”

Changing the political context. Sustainability innovations may require specific regulations, permits or infrastructure; working with government can help you put those in place. IKEA partnered with the city of Warsaw on recycling efforts. IKEA had developed a recycling kit for apartments. Its partnership with Warsaw resulted in a recycling station next to the IKEA store. The station gave consumers a place to take their recyclables, and reinforced IKEA’s recycling message.

Rewriting the Script – Together

“The era of developing innovations behind the doors of strictly guarded R&D labs is over,” says Korsunova. “Instead of focusing on potential conflicts, companies are increasingly looking for ways to establish meaningful collaborations with different stakeholders to develop product or service solutions to environmental and social problems.”

Companies lack guidance on how to find the right stakeholders and work with them effectively. Goodman, Korsunova and Halme provide extensive resources on how to involve stakeholders in innovation. Check out their: 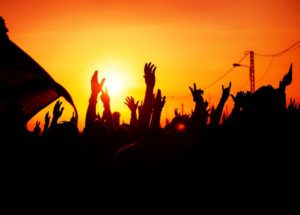 Three Things Every Manager Should Know about Consumer Boycotts