Research suggests that even when women get the opportunity to dictate their own pay—such as within their own social enterprises—they still settle for less.

Gender Gaps in Pay in the Social Enterprise Space

When it comes to gender pay gaps, the injustice may be clear but the causes aren’t always. Discrimination is often identified as the cause of the pay gap problem. Male leadership can undervalue the work of a female colleague and reflect that in assigned pay.

However, research suggests that even when women get the opportunity to dictate their own pay—such as within their own social enterprises—they still seem to settle for less.

A 2014 report finds that in the United Kingdom the gender pay gap among social enterprise directors is greater (at 29%) than in the population at large (at 19%). The report, completed by Aston Business School professor Ute Stephan along with her colleagues Saul Estrin of LSE and Sunčica Vujić of University of Antwerp, asked this important question:

“Do Women Earn Less Even as Social Entrepreneurs?”

Stephan, who has led NBS research on social enterprises and social change, completed this work as part of the SEFORIS project, an initiative that aims to better understand the role of European social enterprises—businesses trying to create social as well as financial value.

Reasons Behind The Gender Pay Gap

The human capital assertion to the gender pay gap reasons that differences in salary result from variables such as age, education and women’s work hours. This suggests that because they take breaks from school or work to have and raise children, women accumulate experience more slowly than men. In a social enterprise context, these constraints on women remain relevant.

The second assertion, differences in preferences, explains that financial motives are often more relevant for men than for women. While female entrepreneurs prioritize the achievement of goals and fulfillment, male entrepreneurs assign a stronger importance to profit. Prior studies referenced in Stephan and peers’ research also suggest male competitiveness as a preferential factor in gender pay differences.

Despite lower pay, women are not necessarily dissatisfied with their jobs. Job satisfaction among entrepreneurs has been found to be higher than that of wage employees—largely due to the greater degree of control. And women have been found to be more satisfied because of the social good that their enterprises generate; they are less concerned with fighting for greater personal financial achievements.

Eyes on the ‘Prise

How The Gender Pay Gap Applies to Social Enterprises

Keeping the above in mind, the report’s authors look at why social entrepreneurship—a model hailed as more gender-equal—could yield such a gap. They propose that it is not necessarily that women undervalue themselves or their own work. Rather, the factors listed above play a significant role in determining wage or salary during the formation of a social enterprise.

When female entrepreneurs set up their own social enterprise, their pay is often decided by initial capital available and performance characteristics such as growth or organizational profit. But women generally begin with less financing—a consequence of overarching fiscal inequalities across all industries. In addition, the research finds that because women prioritize self and social good over economic achievements, business growth may be slower, preventing the entrepreneur’s salary from increasing significantly.

Do these realities diminish the potential of social enterprises? Not completely. After all, social enterprises can be vehicles for addressing pressing social issues that government resources can’t. And they can be positive influencers for commercial firms.

But what’s important to consider, and what the research of Stephan, Estrin and Vujić points to, is that although social enterprises can be more satisfying and socially valuable, they also can perpetuate the gender pay gap. This means that if the pay gap is to be decreased, then eliminating gender discrimination can’t be the sole target. In the case of social enterprises, campaigns addressing business support, communication and personal fulfillment may be more effective. 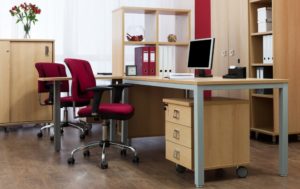 How to Reduce Absenteeism with Workplace Interventions

Workplace conflict can have dire financial consequences as a result of loss in productivity. Discover how to empower employees again with team meetings.