NBS Thought Leaders offer guidance on sustainable business models for the 21st century. Thought Leaders are leading academics and practitioners: world experts on sustainability issues. Here, William Rees, professor at the University of British Columbia, member of the Royal Society of Canada and co-originator of the ecological footprint concept, urges reliance on human capabilities — rather than markets — to achieve sustainability.

The world faces increasingly urgent, entwined, ecological, social and economic problems. Most people would agree that at least the following five human qualities are essential for solving these problems: high intelligence (e.g. the ability to reason logically), the capacity to plan ahead (e.g. to design policies that will shape a desirable future), the ability to cooperate in the achievement of common goals, the ability to make moral judgements and the capacity for compassion and empathy.

Which of the following is better able to exercise these abilities in the interests of society: 1) well-educated, socially-committed human beings or 2) global markets as currently organized?

I vote for “well-educated, socially-committed human beings.” Humans are uniquely capable of high intelligence and foresight and have the other key qualities as well. So: Why have Canada and other nations instead staked the future on the simplistic mechanics of economic models? Why have humans allowed the mindless marketplace to become the basis of economic policy and wellspring of social values?

Markets can’t solve the challenges facing humanity in part because they don’t include critical information about the world. Mainstream economics treats the economy as separate from biological systems. “Economists [have] expunged land — or natural resources” from their models of how the economy works (Wolf 2010). Basic economic models see the economy as a circular flow of exchange between households and firms, unconnected to real-world ecological or social systems. These models place the economy at a single point in space without context — without relationships or communities. But in the real world, people do develop attachments to friends and loyalties to place; because markets do not value these relationships, investment decisions can easily destroy them.

Markets do reflect the short-term self-interests of participating individuals and firms. But self-indulgence and price-distorted choices aren’t desirable substitutes for longer-term environmental and community values. Because prices don’t include ecological and social costs, they communicate only a fraction of the true impact of production and consumption and they tell us nothing about key behaviours of complex ecological and social systems. As a result, markets are inefficient resource allocators. For example, the price of gasoline doesn’t reflect even the present costs of climate change, let alone the likelihood that burning carbon is pushing the global climate system toward dangerous and irreversible tipping points.

In a world of unpredictable change, why would thinking people — or governments — hand over their fates to a system so divorced from reality? None would. But then, as Martin Heidegger observed more than half a century ago, “Man today is in flight from thinking.”

The result of relying on markets

Blind obedience to market ideology means abandoning intelligence and our ability to create a better world. Indeed, the world’s commitment to extreme individualism in the pursuit of financial wealth has sanctioned a global climate of “complacent irresponsibility” (Drèze & Sen, 1989). We forget our moral obligations to the present and ignore our collective duties to future generations. Thus, the income gap yawns ever wider while over-consumption and pollution by the wealthy destroy ecosystems and visit violence on the poor (e.g. increasingly frequent extreme weather, rising food costs).

The price of market addiction is high and rising. As the market tail wags the societal dog, communities in much of the developed world are paying dearly in terms of self-reliance, economic diversity, local ownership and well-paid manufacturing jobs. Market forces have simplified regional economies, de-skilled their populations, lowered wages and expectations and sold off — or depleted — their resources (e.g. the collapse of the North Atlantic cod fishery). Perhaps the greatest social cost has been the loss of common purpose, community cohesion and national pride. GDP per capita may rise but most gains go to the already wealthy, poverty and unemployment are stagnant or increasing, the middle class is eroding and we are told we can no longer afford quality public education, adequate health care and decent (un)employment insurance.

We see the dominance of markets in Canada, where the government holds (phony) efficiency and growth above all other values, defines international relationships mainly in terms of economic ties, declares that competitive markets will determine how national assets should be allocated and denies the warnings of the world’s best science. As climate extremes begin to impact the world seriously, markets are driving the development of Canada’s oil sands, markets will determine which pipelines are built, markets will decide who gets the oil and markets seem set to override rising ecological and social concerns. There has been no consideration of the ethical implications of the country becoming a major exporter of climate change — by some standards, this lapse amounts to moral if not criminal negligence (Rees, 2009). It seems that, like much of the rest of the world, Canada has been ideologically sand-bagged and is sleepwalking into a dangerous future. The world community is failing to exercise the very qualities that distinguish humans from other species.

Relying on people, not markets

Functional democracy depends on a well-informed, politically-engaged citizenry committed to social justice in pursuit of common values. Today, people are often ill-informed and politically disenchanted, so used to being cynically ignored that many don’t even bother to vote. As for common values, it no longer seems politically correct even to advocate for the public good.

This abdication of responsibility is potentially fatal. The simple fact is that unsustainability is a collective problem demanding collective solutions. An ecologically-stable, socially-just sustainability will not emerge from the competitive market fray — indeed, human-induced climate change is the archetype of market failure. We must instead draw on our uniquely human capabilities. Mitigating and adapting to ecological change will demand the best of humanity’s scientific and social intelligence. Achieving sustainability will require unprecedented international cooperation in goal-oriented economic restructuring and planning at the national and global scales. Addressing gross inequity and biodiversity loss will draw as never before on people’s long repressed capacities for empathy and compassion. Most of all, sustainability will require unity of purpose and formal acknowledgement of all nations’ mutual interest in survival.

It is still not too late. Let us wake from our collective somnambulance. Ordinary citizens must reassert control over the political process. It is time for business leaders and managers to reassess the role they are playing in driving the policy agenda. (Is uncritical defence of the status quo really in their best interest?) Sustainability demands that all segments of society see reality for what it is and consciously choose to rise to full human potential.

Dr William Rees has taught at the University of British Columbia’s School of Community and Regional Planning (SCARP) since 1969-70. He founded SCARP’s Environment and Resource Planning concentration and from 1994 to 1999 served as director of the School. Rees’ teaching and research focus on the public policy and planning implications of global environmental trends and the necessary ecological conditions for sustainable socioeconomic development. Rees is the originator of ecological footprint analysis, a measure of human demand on the earth’s ecosystems. Rees is a founding member and recent past-President of the Canadian Society for Ecological Economics; a co-investigator in the Global Integrity Project, aimed at defining the ecological and political requirements for biodiversity preservation; a Fellow of the Post-Carbon Institute and a Founding Fellow of the One Earth Initiative. In 2006, Rees was elected to the Royal Society of Canada. In 2007, he was awarded a prestigious three-year Pierre Elliott Trudeau Foundation Fellowship. In 2012, he was granted an honorary doctorate by Laval University and received both the Boulding Award in Ecological Economics and a Blue Planet Prize (jointly with his former PhD student, Dr Mathis Wackernagel). 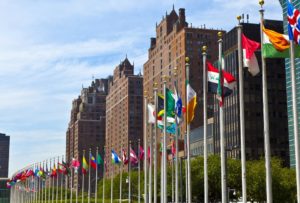 Solving sustainability challenges requires engaging society. This briefing identifies how both business and society can benefit from civic dialogue. 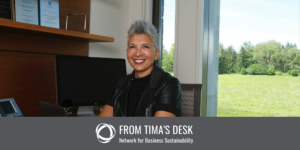 What an Indigenous Worldview Means to Me — and Business

For social justice and for human survival, the Indigenous worldview needs to become our guide for decisions. Businesses can play a role in this transition.