High-impact research on social responsibility in mining companies is the strong suit of the Bench Marks Centre for Corporate Social Responsibility at the Potchefstroom Campus of the North-West University in South Africa. Centre Director Freek Cronjé discusses the critical importance and impact of the Centre’s research.

On August 16, 2012, South Africa (SA) experienced a tragic massacre. Forty-four workers at the platinum mining giant, Lonmin, were killed and seventy-eight injured, when police opened fire on a crowd of strikers.

The sad irony? Just two days before the shootings a report was released by the Bench Marks Centre for Corporate Social Responsibility, in partnership with the Bench Marks Foundation, describing the failure of mining companies, including Lonmin, to meet CSR standards.

Although the research couldn’t prevent this social unrest from boiling over, the incident has made social responsibility impossible to ignore in South Africa. The Centre has now become a leading resource on the topic and is working with companies and government to prevent tragedies like this from occurring again.

In 2011, the Centre began to research CSR practices of platinum mines in the Bojanala District of SA’s North West Province. The Centre worked in collaboration with Mudjadii Trading Ltd. (an independent consultancy) and the Bench Marks Foundation. The research aimed to compare current CSR performance to findings from a similar study conducted in 2007.

Researchers derived qualitative findings using Participatory Action Research(PAR). This approach allowed the team to consider human feelings and the worldview of research subjects. Furthermore, the respondents were co-conductors of the research through exercises including mapping, taking of photos and storytelling. These personal stories enriched the final scientific report by giving personal meaning to the data.

CSR Failures are a Complex Problem

Research findings showed that CSR practices had changed little since 2007. All companies still failed to meet the standards recommended by the Principles for Global Corporate Responsibility: Bench Marks for Measuring Business Performance. This document, created by the Bench Marks Foundation, outlines over 100 principles of responsible corporate behaviour.

The reasons for this failure to improve are complicated, but include:

While this research wasn’t able to prevent the 2012 massacre, South African companies and government now recognize the Centre as a respected authority on responsible business.

“Companies know that we are not telling fairytales,” says Freek. “They are listening. Numerous mining companies have approached the Centre to consult on stakeholder engagement, community development, social license to operate and more.”

As a result, the Centre has been able to create the following changes in CSR practice:

And it’s not just companies that are listening. The Centre was invited to present their report and recommendations to South Africa’s Parliamentary Committee on Mineral Resources. The Centre is also appointed as a key expert and witness for the Farlam Commission, a government inquiry into the causes of the massacre.

Companies will only be receptive to your work if they trust you and believe in your motives. To build this buy-in, use a carrot not a stick. Ensure companies understand that you’re not there to criticize, but to help them become better corporate citizens.

Social responsibility is not limited to companies.

Socially responsible behaviour is important for all community stakeholders, not just companies. To solve the complex social problems other important players must be included, such as:

To advance social responsibility, researchers must unite many stakeholders with diverse or competing interests. Researchers can manage the diversity by finding common ground. Topics that unite people include social license to operate and the business case for CSR, which lead to both financial gains for the company and social and environmental improvements. 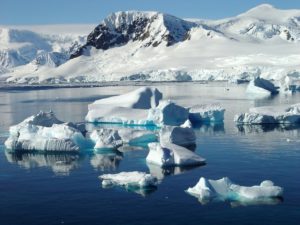