Incentivizing your suppliers to share information – not conceal it – forms the basis of a sustainable and profitable global supply chain.

Global companies sourcing from Chinese manufacturers invest significant time and money to conduct environmental, health and safety (EHS) audits. Many are anxious to know if they will ever see a return on their investments. But audits have an additional problem: they focus on “catching” bad deeds, not on supplier honesty and disclosure when things go wrong. So Stanford researchers, Erica Plambeck and Hau L. Lee, and Pamela Yatsko, former bureau chief of the Far Eastern Economic Review, asked a question: how can large companies think beyond audits to improve environmental performance of their suppliers?

“EHS auditors know what suppliers need to achieve, but they often cannot instruct suppliers how to do it,” the researchers wrote. While abandoning audits is not an option, shifting focus from audits to implementation – and supplier honesty – helps maximize returns.

When Supplier Honesty is More Important than Outcomes

American blue-jean retailer Levi’s runs a strict zero-tolerance policy with suppliers. If they discover a supplier failed to meet their requirements andtried to hide the failure, Levi’s terminates the contract. If, however, a supplier voluntarily provides data about a problem, Levi’s works with them to develop a solution.

And it’s getting easier to create effective incentives for suppliers. In China, government and credible NGOs like the Beijing-based Institute of Public and Environmental Affairs (IPE) are improving the transparency of supplier operations in China.

EHS audits are time- and resource-intensive. Working with other buyers enables sharing and minimizes the burden of audits, supplier monitoring and remediation. Forums like the Fair Labor Association (FLA) or Business for Social Responsibility (BSR) are streamlining the collaboration process and standardizing supplier data.

Companies can refer to centralized databases to see if suppliers have been audited. If they have, the company can use the existing information and even add new information about that supplier instead of conducting an audit from the ground up.

Connect Your Suppliers to You and to Each Other

Companies get tangible benefits by working with suppliers directly to implement change. Nike’s environmental engineers spend 80 per cent of their time driving supplier initiatives rather than auditing suppliers for EHS compliance. These initiatives have reduced hazardous waste by 40 per cent and eliminated one third of materials waste – producing real savings for the company.

The researchers also found companies like Walmart and Patagonia benefit from bringing suppliers together to learn about sustainability and supply chain efficiency. Patagonia Quality Director Randy Harward said he believes more has been accomplished within his company’s supply chain by connecting suppliers to each other than almost any other company initiative. Supplier honesty provides the foundation for these types of programs.

This article parallels the findings of a systematic review NBS conducted in 2010 on Managing Sustainable Global Supply Chains.

PrevPreviousAfter Davos: What It Takes to Achieve Real Change
NextThe Future of Business Is WasteNext 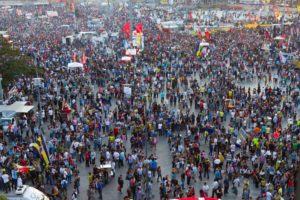 Finding the Smart Mobs Before They Find You 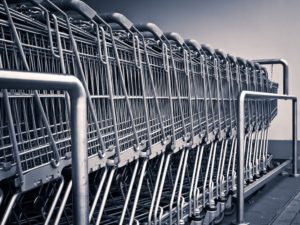 Leverage Your Firm’s Abilities, Supply Chain, and Stakeholders to Do Good and Do Well

Supply chain managers are concerned with timeliness, cost, and quality. Increasingly, they must also respond to stakeholder expectations.