NBS Thought Leaders offer guidance on sustainable business models for the 21st century. Here, Gail Whiteman describes the importance of picking up on early signs of big changes. Dr. Whiteman is Professor-in-Residence at the World Business Council for Sustainable Development and Chair in Sustainability & Climate Change at Erasmus University, The Netherlands.

What we don’t notice can hurt us. We are good at monitoring our immediate environment: competitive activity, consumer demographics, employee culture. When our world is stable, we don’t need to expand our focus.

But shifts in stability often begin with weak, almost invisible, cues — indications that are easily overlooked.

But regulators — and the financial system more broadly — missed the cues.

Our observations — our “sensemaking processes” — tend to reinforce our existing worldviews. That’s why experts like Karl Weick advise us to pay close attention to surprises, and to stories from experts on the front-line.

In 2007, the Earth experienced an abrupt surprise: a record Arctic ice melt. The Arctic ice retreats every summer, but never this much: the volume of Arctic sea ice at summer’s end was half what it was four years earlier. “The Arctic is screaming,” a top U.S government scientist said.

Last fall, the Arctic sent another message loud and clear. Arctic ice reached a new all-time low: almost 300,000 square miles less than in 2007. But were we listening?

What the melting Arctic means for business

Less Arctic ice represents economic opportunity to some executives and governments. The Arctic contains an estimated 30% of the world’s undiscovered gas and 13% of undiscovered oil. This means tempting short-term economic benefits to Arctic regions, especially with the increased feasibility of new shipping routes. Lloyds of London estimates that “investment in the Arctic could reach $100 billion within ten years.”

But the changing Arctic will have greater and more damaging impacts, because of the region’s central role in stabilizing the Earth’s climate. Ice in the Arctic reflects sunlight, helping to cool the Earth. Less white in the Great White North means that the Earth will absorb more heat, increasing global warming.

In addition, large stores of methane — a potent greenhouse gas — are trapped in soil (permafrost) under the ice. When the ice melts, that methane may escape, further increasing warming.

In new research published in the journal Nature, my colleagues and I found that this methane release, because of its effects on climate, will have a cost the size of the world economy: $60 trillion. We used UK and US government models to identify the impacts: the damage to crops, health, infrastructure and other resources.

Our world is shifting, and the cues are there. How can we make sense of what’s happening, and respond appropriately?

We need to listen more closely to the scientists who study the Arctic carefully. And we need to consider how best to act on this knowledge: how to mitigate and adapt to such big shocks?

Increasingly, governments, industry associations, and others are providing guidance on how climate change will affect sectors, and how to prepare. For example, North American regional impacts are described by the US government’s Global Change program and Natural Resources Canada. A recent NBS Thought Leader piece identifies ways that business can become involved in climate policy.

Surprises can teach us. We must recognize that what happens at our planet’s pole can affect our daily lives. 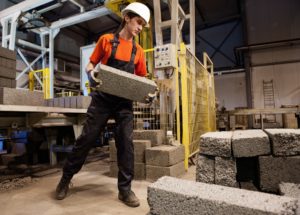 In industrial symbiosis, firms exchange materials, energy, water, and waste – and the benefits are often financial and environmental. 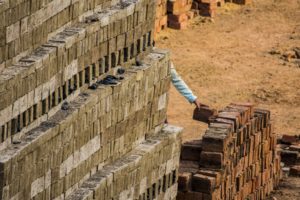 Fight Slavery in Your Supply Chain

More than 40 million people worldwide are in forced labour. Some of them may be in your supply chain. Here’s how to target modern slavery.