The High Returns of Social Capital

One year after one of the worst mining strike in South Africa’s history, has South African business learned the importance of social capital?

“It’s not what you know, but who you know!” Phrases like this suggest that the value of relationships has long been appreciated. Relationships are particularly vital in successful business ventures and operations.

But one year on from the grueling platinum strike — the longest and most costly in SA’s history — it is doubtful that South African business has learned this lesson well enough.

The strike that shut down roughly 40% of the world’s platinum supply, costing the South African economy a bewildering R24 billion, is a textbook example of how eroding social capital can cause business breakdown.

In particular, there are at least two kinds of relationships that deteriorated systematically in the lead-up to the killing of 44 people at Marikana in August 2012, which may have been identified and addressed earlier through a systematic approach to social capital.

First, management’s relationship with workers, particularly the rock drillers, had become less and less direct because of a reliance on intermediaries in the form of union representatives or contractors. As a result, middle and senior managers became isolated from the grievances and growing institutional distrust among these workers.

This also contributed to managers’ general lack of knowledge of workers’ increasingly precarious financial situation, premised in large part on their exposure to emolument orders. A social capital analysis might have indicated earlier on that there were “holes” in managers’ network relationships with workers and that these holes contributed to a lack of pertinent knowledge and necessary trust.

Second, managers arguably paid insufficient attention to the relationship between workers and the dominant union: the National Union of Mineworkers. As this relationship deteriorated, rivalry between the incumbent and a new contender created crucial challenges for management.

The challenges faced by mining companies with regard to conflicts between rival factions within communities, or between municipalities and traditional authorities, are examples of how critical third-party relationships are. A social capital analysis should focus attention on these third party relationships and ways in which the company could seek to support more conducive network dynamics.

The value of such relationships has been foregrounded in the integrated reporting movement. South Africa is the first country, in which listed companies are required to publish such an integrated report. The guidance provided by the International Integrated Reporting Council suggests that a company’s public report should include information about six forms of “capital” as inputs and outputs of the value generation process. One of these is social capital, which focuses on “institutions and relationships.”

However, despite this focus, it is remarkable how little explicit, structured attention is often given to assessing and improving relationships in business. There is still much uncertainty about what social capital actually means and why and how it should be measured.

A new report commissioned by the NBS South Africa has gone some way towards addressing this uncertainty. Based on this review of 314 studies, the report defines social capital as the ability to secure or obtain resources, knowledge and information through relationships with and among individuals and groups. These relationships can be among internal stakeholders of an organization (e.g., among employees) and between an organization and its externalstakeholders (e.g., consumers and regulators). Social capital has three dimensions: the shape and structure of networks of relationships; the quality of these relationships in terms of trust and reciprocity; and shared norms and values.

Firms derive value from both internal and external social capital. Relationships among internal stakeholders give rise to enhanced efficiency and reliability in managing operations, projects, and innovation. This is because of improved sharing and dissemination of information and knowledge, and enhanced commitment and retention of employees.

Building external social capital contributes to competitive advantage and cost reductions, because it enhances access to firm-external information and knowledge, and it builds the firm’s reputation among key stakeholders, such as customers, regulators, and prospective employees. Firms also benefit from the positive impacts of social capital on social development and a conducive business environment, for instance in local communities surrounding a firm’s operations.

The intangible nature of a firm’s social capital makes it a powerful strategic asset, but it also makes it a difficult thing to measure. Yet such measurement can enhance proactive efforts to grow this asset, and it is also necessary to respond effectively to integrated reporting guidelines.

Each of the three dimensions of social capital is associated with particular measures.Hence, for instance, we may measure the size, diversity and density of individuals’ or organizations’ networks, and we can identify possible “holes” in the shape of such networks.

Different forms of trust can be assessed, including interpersonal trust among people who know each other, such as employees working in particular teams or departments. This trust is particularly salient for the effectiveness of operations, as well as organizational change or innovation initiatives. Institutional trust, meanwhile, relates to individuals’ trust of authority structures, including employees’ perceptions of management.

Trust obviously also plays a role in firms’ interactions with external stakeholders, and companies are beginning to apply more systematic means for assessing and improving trust. For example, Transnet has recently conducted a successful pilot study investigating the quality of relationships between key managers and customers or regulators. Over and above providing a useful diagnostic, it has also provided a platform for fruitful conversations to improve these relationships.

Of course, managers’ efforts to measure and report on social capital will not necessarily avoid problems such as those plaguing the platinum mines. Yet, they may provide managers and other stakeholders with vital warning signs, as well as incentives and tools to proactively shape mutually beneficial relationships.

The cost of not doing so is high. As Implats executive Johan Theron remarked in the wake of the strike: “This strike has been enormously damaging. It has destroyed the relationships we have with employees, communities, the union and government. It will take years to restore. It has resulted in us taking an untold financial impact. The money and resources we had to finish our projects are gone … and it could substantially influence the shape of the future business.”

Ralph Hamann is Professor at the UCT Graduate School of Business and Academic Director of the Network for Business Sustainability South Africa. This article is based on a report commissioned by NBS South Africa and prepared by Moses Acquaah, Kwasi Amoako-Gyampah and Nceku Q. Nyathi. Read the full systematic review and the executive report.

This article was originally published in the Business Day newspaper on 25 February 2015, the link to find the article is: http://www.bdlive.co.za/opinion/2015/02/25/the-high-returns-of-social-capital 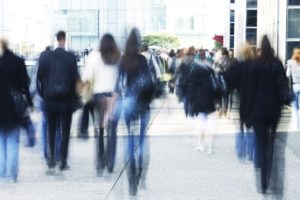 How Business Can Work with Society

Many sustainability issues can’t be solved by one organization. Instead, different parts of society must work together. NBS resources show how.