Every fall, Canadian sustainability and clean tech leaders gather in Toronto for the Canada’s Clean50 Awards and Summit. The Clean50 Awards recognize individuals and projects for their contributions to sustainable development or clean capitalism in Canada. The Summit — a full day event — asks past and present awardees to work collaboratively on Canada’s sustainability challenges.

The goal is to pull together people from many sectors: numerous industries, academia, government, and advocacy. “The sustainability challenges facing Canada require a collaborative assault on every element of the problem,” explains Gavin Pitchford, Clean50 program founder and CEO of award convener Delta Management.

At this year’s Summit, the achievements were striking. The 2019 Clean50 are reducing microplastic pollution, changing procurement practices, building green, and much more. The Network for Business Sustainability won for its “Collaborating with Competitors” work, which provides guidance for industry-wide change.

But the ceremony’s mood was darker than in previous years. Recent political shifts make environmental action more difficult. During discussions, the Clean50 struggled to find new paths forward. And one clear message was that leaders alone aren’t enough.

Canadian government is pulling back

This summer, Doug Ford became Premier of Ontario, Canada’s most populous province. Ford is rolling back the province’s climate change efforts. He has canceled Ontario’s participation in an international cap-and-trade program and vowed to remove a tax on gas. Other provinces are also pushing back on federal climate change efforts.

“The genuine good of Canada and the world is going under a gas guzzling bus,” said Pitchford. On sustainability, “everyone once part of a wave is now fighting the tide.”

Canadians need to step up — but will they?

Going forward, the government won’t drive sustainability, said Clean50 awardees. Instead, social and environmental gains will depend on the actions of everyday Canadians.

“We can’t depend on government alone,” said community planner Liz McHardy. “Action needs to come from the grassroots.” Government might lead from behind, added environmental economist and consultant Dan Zilnik. “But we need to acknowledge these issues are a hot potato…and that collective action is needed.”

Too often, environmental leaders haven’t engaged a broader base. “Green has been the purview of the elite,” said union leader Arnold Bercov. “We need to bring it to the general population.”

In Toronto, Clean50 awardees moved through a series of facilitated discussions on sustainability solutions. Much of the conversation focused on how to build a broader support base for sustainability. Three themes emerged:

There’s a strong foundation for sustainability efforts in Canada, Clean50 awardees said. Most Canadians believe in a society where everyone has access to social support such as education and healthcare, and to a healthy environment.

Canadians unite around shared values rather than dividing on the political spectrum, said consultant Zilnik.

2. Sustainability messaging needs to be clearer

Too often, environmental communications are overly technical or abstract. Communicating on climate change is notoriously difficult, because the changes often seem remote. Clean50 awardees had varied ideas on how to make sustainability messages resonate. They suggested connecting the issue to personal interest, e.g. by emphasizing financial gains and health benefits from climate action. The phrase “carbon pollution” effectively emphasizes that link to health. Positive framings can motivate people: draw out themes of hope and even love. Share information through stories, which tend to engage people more than facts.

3. Dialogue is more important than messaging

Ultimately, communication has to go beyond messaging. Open dialogue is a prerequisite for Canadian commitment to sustainability. “We need debate,” said urban planner McHardy. “We have to go back to figuring out these issues as a society. We need a norm that it’s okay to talk about this, and work together.” McHardy has worked extensively with communities on controversial issues, and says that agreement is always possible: “There’s always a common thread.”

Lecturing is simply ineffective, said engineer Laura Towsley. It seems condescending: “People don’t like ‘ecosplaining’ and it doesn’t encourage them to change their habits.”

The United Nations has actually redefined sustainable development to include partnership as a core element, said educator Charles Hopkins, because solutions require different perspectives and resources. Activist Steve Lee added that teaching people the skills needed for dialogue — critical thinking, conflict management — may be the most direct route to resolving the climate crisis.

The path forward includes everyone

There’s not a binary distinction between leaders and grassroots. Many Clean50 winners’ work involves engaging other Canadians. But in Toronto, award winners said that sustainability needs to become ever more inclusive.

The Clean50 award winners themselves need to better represent a diverse Canada, some said. “I’m embarrassed to go back and tell my colleague that there were no Aboriginal leaders here,” said Bercov. Award organizer Pitchford said that while he and his team seek diverse nominees and reach out to First Nations organizations, he doesn’t always succeed in getting nominees, although he points out that last year’s list included two First Nations leaders.

Echoing the collaborative theme of the day, Pitchford asked for assistance in making the awards program more effective and inclusive. “I welcome suggestions. Nominate people from across the spectrum. Don’t sit on your hands: share with me how we might improve.” Nominations for next year’s awards will soon open.

NBS won its Clean50 award for the Collaborating with Competitorsproject, which shows businesses how to collaborate with competitors to create sustainability solutions. Industry collaboration can gather needed resources and leadership, but also poses challenges around trust and intellectual property. NBS guidance describes how to protect company interests while working for the common good.

Project materials are freely available and continue to have impact. For example, one organization applying the insights is the Alliance for Responsible Denim (ARD). ARD members, all part of the denim supply chain, are collectively greening their production processes. 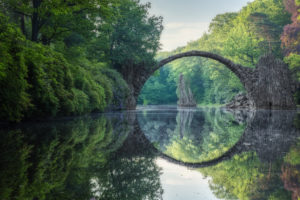 How Sustainable and Circular Procurement Can Take Off

If organizations built sustainability into purchasing, they could transform markets. This podcast describes how to realize that potential. 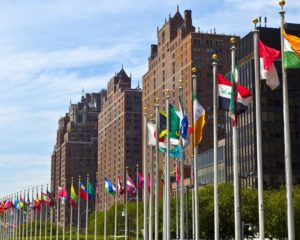 How to Launch a National Dialogue on Sustainability

Business can help citizens become informed, inspired, and engaged in a national dialogue about sustainability.