The involvement of all stakeholders, even if they weren’t initially supportive, was key to the program’s success.

In 2011 in Nova Scotia, Tim Hortons became the first Canadian quick service restaurant (QSR) to implement a “closed-loop” recycling program. Carol Patterson, Senior Manager, Regulatory Affairs says 99 out of every 100 Canadians recognize the Tim Hortons brand. The pervasive customer loyalty and immense recognition as a market leader created the impetus for the restaurant chain to adopt more sustainable practices such as cup recycling into business operations.

Close the loop and get community buy-in.

Tim Hortons locations in Nova Scotia implemented recycling units collecting hot beverage cups, lids, napkins and trays. Customers purchasing hot beverages were encouraged to recycle their cups and trays as much as possible. Employees even wore T-shirts to drum up consumer interest, donning a picture of a take-out tray with the caption: “In my past life I used to be a cup.”

From here, collection contractors and paper haulers take non-sorted cups and lids to Scotia Recycling Limited, who sorts and compresses recycled products. Next the cups and trays (now in bales) are delivered to CKF Inc., a Canadian-owned paper product manufacturer based in Nova Scotia, who then processes the bales, molding them into new trays that can be sold back to Tim Hortons restaurants.

A Cup-to-Tray program can change culture.

After Nova Scotia-based Tim Hortons locations began actively participating in the cup-to-tray program, other Canadian provinces quickly followed suit. As of year-end 2012, 850 Tim Hortons restaurants now recycle paper cup products. Tim Hortons has the potential to divert 100 per cent of all cups and take out trays in Nova Scotia from landfill.

The success of the project was easily measured by its level of civic engagement. Patterson says the involvement of all stakeholders, even if they weren’t initially supportive, was key to the project’s success. In addition, ensuring customer and guest participation meant having an engaged employee base that was eager to adopt a culture of sustainability into the Tim Hortons community. When students at local colleges in Nova Scotia began collecting Tim Hortons cups and driving them to restaurant recycling units, it was clear the initiative had rubbed off on the public.

The Cup-to-Tray recycling project strongly embodies many of the practices found in the Innovating for Sustainability Report published by the Network for Business Sustainability. Multi-level internal and external collaboration was imperative to the project’s success, as was customer insight and cross-company input. Reaching out to community partners and expanding their network put Tim Hortons in a strategic position to rely on the expertise of unrelated industries, such as waste management and paper manufacturing. The implementation of the unique cradle-to-cradle design strategy required the unlearning of outdated knowledge, and to overcome the assumption that it was too daunting a task to accomplish. Though the Cup-to-Tray idea seemed like a vaulting goal, Patterson says Tim Hortons strived to convince weary stakeholders that the process wouldn’t be as difficult to manage as it was perceived. For years, municipalities in Nova Scotia told the QSR that it couldn’t be done, but today, all 156 locations in Nova Scotia have effectively closed the loop.

Her message to companies looking to replicate Tim Hortons’ efforts is to not be afraid to fail; learning from past mistakes and overcoming obstacles is just part of the process. 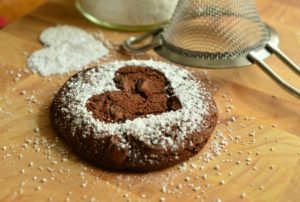 Baking Sustainability into their Business Model

Believing the environment was also a company responsibility, Stonemill Bakehouse president grew the company’s own ingredients locally to cut emissions. 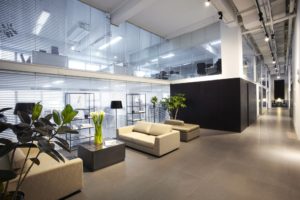 Buying Furniture on iTunes: Creative Destruction in a World of “Locavore” Production

Imagine an iTunes for furniture, shoes, and (eventually) cellphones and vacuum cleaners.