The city of Calama, located in the driest desert in the world, is recognized as the mining capital of Chile. Mining operations have existed there for more than 100 years and most of the population is proud of their mining identity and national role as “The Salary of Chile.”

Yet, despite the richness of the territory, the city of Calama is seen as underdeveloped, with high socio-economic inequalities and poor quality of life.

The Citizen Movement of Calama

In 2009, a social movement began to emerge. “The Citizen Movement of Calama” called for distributive justice. This movement scaled to a national conflict in 2011 with protests in Santiago, the capital of Chile; and at the Congress in Valparaiso.

At the time, all mining companies, mostly Chilean but also transnational, and their suppliers invested in large social responsibility programs. These programs addressed education, agricultural productivity, entrepreneurship, and other topics, and were primarily oriented to specific stakeholders. However, with the perception of general distributive injustice, these efforts seemed insignificant. The problem had to be addressed more systemically, at the city level.

What could companies do in this scenario? Would they have a real impact with individual efforts?

One of the biggest mining companies in the area took the leadership to create a sustainable urban development plan through a collaborative community development initiative. The initiative involved the local government, 10 companies, and the high quality participation of the entire community of Calama. This plan was named Calama Plus. Its purpose was to address the shortcomings in the city and to propose an integrated, forward-looking approach to make the city attractive to its people.

This initiative, planned for 2012-2025, considers projects in the areas of infrastructure and urban development, environmental protection, local heritage, and educational improvement. All projects are intended to stimulate a more sustainable community. To develop the project portfolio, the initiative sponsored direct participation through an open house, technical tables, forums, and open committees. Citizen voting ultimately prioritized and validated the project portfolio; over three days in 2012, 24,000 people voted.

Calama Plus is now developing several of the projects identified through the initiative; these are at different stages according to the complexity and level of investment in each.

For more on this topic, reach out to Verónica Devenin, PhD of the Centre for Business Sustainability at Universidad Adolfo Ibañez. 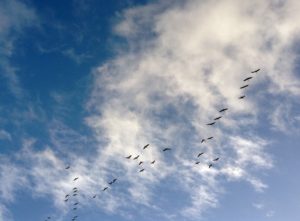 Bending, not Breaking, with Climate Change

Accountants are more than bean counters. At Horizon Utilities, they are leaders on climate change adaptation. 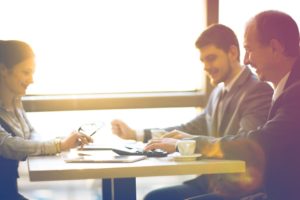 Companies that consistently treat customers, employees, and other stakeholder groups well perform better financially than those that play favourites.