What to Expect When You’re Engaging: Tips for Academic Outreach

How can academics engage effectively in public and political discourse? At a 2015 conference, experts described how and why academics should reach out.

How can academics engage effectively in public and political discourse? The University of Michigan sought to answer that question with a three-day conference in mid-May. More than 45 speakers, including four university presidents, gathered to make the case for engagement and identify effective approaches.

The conference emerged from 18 months of cross-campus discussion at the University of Michigan. Andy Hoffman, a conference co-organizer, sees insights continuing to emerge, through the Conference Output Report due this summer and beyond. “Engagement is one of the paramount challenges of our generation of academics,” he said. “We need to help each other figure out how to do it in a way that benefits our scholarship, our institutions and our society.” Here are take-homes to consider in your own engagement efforts. “First Things First” identifies considerations as you prepare to engage. “Ready, Set, Go” takes you into action.

1. Decide why to engage

Promotion and tenure committees rarely value engagement, noted conference participants, so such activities can seem perilous especially for junior faculty. Most academic institutions are conservative and change slowly, said conference participants. “For all the talk about how liberal universities are, [they are] conservative when it comes to tenure,” said Sullivan. “I don’t see the time when your collection of tweets” counts toward tenure. Disciplines vary in their acceptance of faculty engagement efforts. For example, people often think that business school faculty work closely with business, said Alison Davis-Blake, Dean of the Ross School of Business, University of Michigan. In fact, she said: “Business school academics are not in bed with business; they are not even in the room sometimes.” Engagement can also result in negative external responses, especially on controversial issues. Researchers on climate topics have faced harsh criticism and demands to turn over their email. Think of engagement as a long-term commitment. “If you put yourself out there, there will be backlash,” said Nancy Baron of COMPASS, a science communication organization. But she has found that most engaged scholars ultimately have few regrets.

Engagement skills can be acquired. “This is a learned behavior,” said Susan Collins, University of Michigan. “Some people have a knack for being good communicators, but just like everything else, one can learn and get better at it.” Conference participants flagged these resources as starting points: 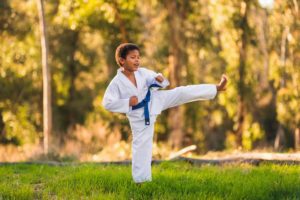 Research Matters When It Engages Stakeholders

Watching his son progress in karate leads a doctoral student to reflect on management research. What really matters is how we engage with the world. 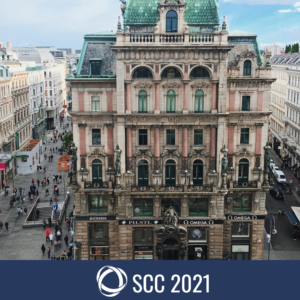