What We Know About Change Is Wrong

Researchers have uncovered an exciting path forward for many organizations – one that upends common assumptions about organizational change.

Three organizations embedded sustainability into their operations. A team of researchers led by Jennifer Howard-Grenville (Cambridge University) studied how they did it.

Their findings upend common assumptions about how change happens.

The companies studied were in the footwear and apparel, beverage, and healthcare sectors. Each company made significant strides in sustainability, variously integrating sustainability into supply chains, preparing for climate change, and reorganizing according to a more socially-focused model.

Many believe that change starts with a senior leader, such as Lee Iacocca at Chrysler or Jack Welch at GE.

But at two companies in the study, change didn’t begin at the top. The change agents were middle managers: sustainability staff. They could support change, but didn’t have a mandate to implement it. Instead, they accomplished their visions by working with employees across the organization, inviting them to find their own ways of advancing broad goals. An employee described the approach: “We were very viral.”

2. Change Happens through Everyday Events… With a Twist

For companies in the study, there was no dramatic prompt for change: no single spark. Implementation was equally gradual. New ideas developed not as part of a broad initiative but through everyday opportunities and experiences. Sustainability staff seeded change through “seemingly mundane, fairly typical organizational occurrences such as meetings, training programs, and even everyday interactions,” the researchers report.

But in these everyday encounters, change agents did something special. They used typical corporate events, like retreats and meetings, as times to partly suspend usual ways of doing things and encourage new ideas and interactions. In particular, they:

A common model of change, developed by sociologist Kurt Lewin, holds that people need to abandon old ways of doing things before taking on a new perspective. Lewin describes people unfreezing old ideas, changing, and then freezing the new mindset.

The companies studied for this paper don’t cast away old ways of doing things. Instead, employees are building new ideas onto old. They worked hard to connect changes to more familiar topics, like innovation or risk. A carbon scenario workshop built on one company’s existing interest in limited oil resources, but introduced a new concept: connections to climate change.

Staff are essentially adapting their culture. Culture provides people with a toolkit of skills and habits. It shows appropriate strategies for achieving goals. At these companies, people are adding to their toolkit, not swapping it out.

For example: one company culture prized striking visuals, in videos and print. Employees trying to communicate sustainability goals built on that tradition, using the company’s audiovisual resources. As a result, a participant explained, “it wasn’t like [we were] the hippie faction, still stuck in the 1980s while everybody else is fabulous.”

Change can occur in different ways. Certainly, sometimes a senior leader may drive abrupt change, in response to an external shock.

But what the researchers uncovered at these companies offers an exciting path forward for many organizations.

The kind of change they saw has three advantages.

First, it can be led by a broader set of individuals, not just senior leadership. It may even be under the radar — at one company, the sustainability staffer reported, senior management were not “of the mindset” of sustainability.

Second, change can happen at any time: it doesn’t need to be sparked by a shock. More gradual learning and change is also likely to be more effective, as people don’t necessarily learn well from shocks and disruptions.

Finally, because this change builds on existing organizational culture, it’s likely to provoke less conflict or resistance by alienating people invested in current ways of doing things. Changes at these companies were not “excessively costly, difficult, or risky to the individual,” the researchers report.

A caution: this kind of change thrives in certain conditions. The researchers identify two elements that supported change at the organizations they studied. First, organizations do need somewhat flexible cultures, and specifically support for learning and experimentation.

And while a senior leader isn’t needed, not just any middle manager will do. Experience with the company — and its cultural norms — is particularly important. The change agents at these organizations had each been with their company for more than 15 years. Ideally, the leader is what the researchers describe as “an outsider within” — someone who can work with the organization’s existing culture and new ideas. 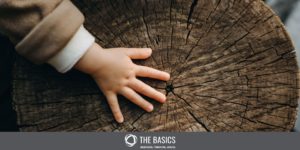 What is a Circular Economy and How Does it Work?

The circular economy supports sustainability by enabling economic growth without greater resource use. Learn how it works.

After Davos: What It Takes to Achieve Real Change

The modern corporation — larger than most governments — is perhaps the best hope we have to solve grand problems. But business can’t do it alone.