The recent Volkswagen emission scandal received broad worldwide press coverage. In contrast, only a few outlets reported on the accused misappropriation of funds by Banorte, a leading bank in Mexico, in 2012.

They found that corporate misconduct receives coverage from more media outlets under these conditions:

On the other hand, corporate misconduct receives less coverage if the company is an advertising partner of a media outlet. When a brand advertises heavily or exclusively in a news outlet, the news outlet is less likely to cover negative stories about the brand.[1]

The figure shows these patterns:

Four U.S. media outlets seem to be a critical threshold: Coverage from fewer outlets does not have a significant impact on stock value.

What media coverage of corporate misconduct means for companies and society

Companies can use these insights to prepare for media coverage of corporate misconduct, and perhaps to shield themselves. International brand managers should be aware of the higher likelihood of media coverage if their brand is involved in a local sustainability problem, for example.

Companies could also certainly use their advertising dollars to invest in selective partnerships, as a way of decreasing future coverage of a CSI event.

But there are broader implications for media and society, the researchers say. The media is an imperfect watchdog for corporate misconduct: their reporting clearly isn’t impartial.

“The media fulfill an important role in democratic societies by shaping public opinion,” said Stabler. “Consumers have the right to be informed about potential firm misbehavior in a transparent and balanced manner.”

The influence of advertising dollars may be particularly concerning. “It seems that media companies themselves do not always adhere to the high ethical standards they demand of others,” said Fischer.

Editors may not even be aware of their own biases. The researchers interviewed four newspaper editors about factors influencing their coverage; the editors dismissed a connection between advertising dollars and reporting.

“Our study does not enable us to make any specific recommendations about the usefulness of additional regulations. But it contributes to creating transparency about the issue and hopefully initiates a discussion about proper measures.”

[1] Ebiquity, an international market research company, provided advertising data across offline and online media (note, however, that advertising data were only available for the United Kingdom, France, and Germany). 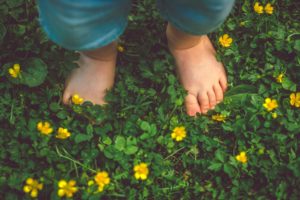 Carbon Reporting Can Help Your Business

Carbon reporting isn’t a perfect system. But it can help you to lower climate-related financial risk, spur innovation and reduce emissions. 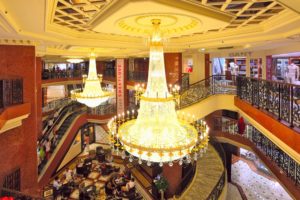 Are Luxury and CSR Compatible?

Corporate social responsibility (CSR) information reduces the value consumers give to luxury brands associated with the pursuit of “perfection.”