When Shareholders Are Scarier than Greenpeace

How perceptions of environmental risk influence your company’s stakeholders – and what that means for your stock price.

This according to researchers Ion Bogdan Vasi of Columbia University and Brayden King of Northwestern University. Vasi and King found that a single resolution from a concerned shareholder makes analysts believe your firm is environmentally risky. And that belief translates to lower stock price valuation. The same cannot be said, however, of environmental activists outside your company.

The researchers came to the conclusion after studying the 700 highest-revenue companies in the United States from 2004 to 2008. They tracked financial analysts’ perceptions of “environmental risk,” studied who influenced those perceptions, and compared the assessments to companies’ financial performance.

Armed with risk assessments for the 700 companies, the researchers studied the influence of primary versus secondary activists on analyst assessments. Primary activists are people whose financial situation correlates directly with firm performance: shareholders, employees, suppliers, and creditors.

Secondary activists include community groups, religious groups, and non-governmental organizations (NGOs) like Greenpeace, WWF or the David Suzuki Foundation in Canada – organizations outside the firm. These external activists may use boycotts, protests, lawsuits, demonstrations, petitions, or sit-ins to raise awareness about a company’s poor environmental practices. Their actions are sometimes effective at prompting companies to adopt sustainable practices – or at least the appearance of improved environmental performance. From an analyst’s perspective, though, environmental groups are often dismissed as radical or marginal.

One Unhappy Shareholder Rocks the Boat

Shareholders share companies’ goals of making money and remaining financially viable over the long term. So their concerns about environmental policies raise red flags for potential investors. And unlike people outside the firm, shareholder activists are in a unique position to “observe corporate activities and to report what they perceive as environmental misdeeds,” according to the researchers.

Shareholders take action against corporate environmental performance through resolutions: “Although shareholder resolutions rarely receive enough support to force a change in corporate policies,” the researchers write, “they present evidence that investors [should] be concerned with firms’ environmental practices.”

Shareholder activism has its roots in the corporate raiders of the 1980s. Corporate raiders would buy an equity stake in a company and force the firm to make changes internally – or buy them out at a premium. Famous corporate raiders include Carl Icahn, T. Boone Pickens and, most recently, Bill Ackman.

Once they knew which companies were targeted by primary and secondary activists, the researchers examined financial performance. They studied the difference between each company’s book value – the value of its assets on paper – and market value – how much analysts thought it was worth (the Q ratio).

The Takeaway for CEOs

While you shouldn’t dismiss third-party organizations’ concerns about your environmental record, recognize that their public campaigns won’t necessarily affect your market performance. Beware, however, the disgruntled shareholder. 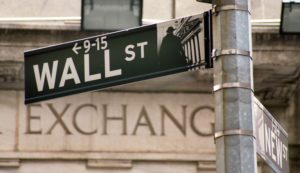 Bob Willard describes three initiatives that will make sustainability a core consideration for the capital markets.

A recent study found that family owned firms have a better environmental record than their non-family counterparts.