Why Spending CSR Budget to Target Customers Is a Mistake

Boost your corporate social responsibility reputation by promoting your company’s safety record and job creation, rather than your green products.

Research from French management academics Anne-Sophie Binninger and Isabelle Robert (both of Reims Management School) shows that when people think about a company’s CSR reputation, they think about it as employees and citizens first, and customers second.

The researchers came to this realization after conducting a focus group with 11 people and individually interviewing 30 others. Interviewees admitted unapologetically that low prices take priority in their buying decisions, regardless of products’ environmental or social features. And they felt the financial crisis of 2008 reflected the real face of companies.

When asked what companies could do to improve their reputations, interviewees identified CSR as a way to counter the unfavourable economic climate and stand out from the competition once the crisis was over. In other words, they admitted that products’ environmental or social benefits had little effect on their buying decisions, but they still considered social performance an important factor in companies’ success.

This apparent contradiction between the importance of CSR and people’s willingness to pay more for responsible products is not new. A 2008 study by NBS found major gaps between consumers’ attitudes and actual buying behaviour. Binninger and Robert realized that, when it comes to CSR, people perceive companies’ performance from three distinct perspectives: that of employee, citizen and consumer.

Interactions Between Individuals and their Perceptions of CSR

When they think about a company from the “citizen” perspective, people think about the company’s role in society: how much respect the company demonstrates for the environment, and the ethical behaviour of its managers.

When people think about a company from the “consumer” perspective, they think about special offers and discounts, and the marketing messages the company promotes.

For a Strong Reputation, Be a Good Corporate Citizen

Significantly, the first two roles take precedence: People think of themselves as employees and citizens first, customers second. This means their perception of an organization’s CSR activities is influenced more by your company’s general interactions with society than with your interactions with consumers at the level of individual products.

To strengthen your reputation, spend more time establishing your company as a good corporate citizen. Make sure local economic development organizations and media outlets know about the jobs you’ve created and the ways you’re reducing your environmental footprint. Even consider moving some of your marketing budget and injecting it into promoting your general CSR activities.

Future research into consumers’ perceptions of CSR could integrate the shareholder perspective, which was not addressed in this study.

This Research Insight (RI) is based on an academic article published in a French management journal. Identified and summarized by NBS’s French office in Montreal, this RI presents the unique perspective of French-speaking sustainability researchers and delivers business insights previously unavailable to the English-speaking community. 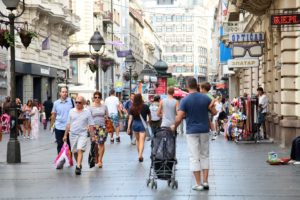 Consumers will pay a 10% premium for sustainability, and demand a greater discount for “unsustainability,” but they won’t trade off functionality. 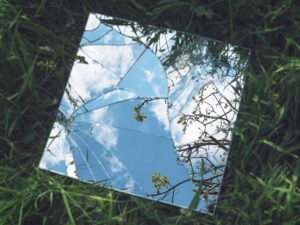 How to Avoid Greenwashing

Greenwashing harms the planet and can hurt your company’s bottom line. Here’s how to make your sustainability claims accurate.