Why the Ethical iPod is a Branding Mistake

Ethical luxury cannot be branded in a fiscal quarter.

When it comes to luxury, consumers turn a blind eye to ethics. Out of eight factors evaluated, ethics was the least of any consumer’s concern in luxury purchasing decisions. With routine purchases (“commodities”), however, ethics ranked sixth after satisfaction, convenience, quality, price, and brand preference— ahead of self-image and prestige.

Consumers have different ethical approaches toward luxury products than commodities.

To understand the differences in how consumers perceive ethics in luxuries versus commodities, researchers from the University of Bath, Iain A. Davies and Zoe Lee, teamed up with Ine Ahonkhai formerly at the Cranfield School of Management. They defined luxury products as high-value, irregular purchases, bought to bring pleasure to the consumer, while commodities were low-value, regular or day-to-day purchases.

Stationed in two cities in the UK, the team conducted a total of 199 interviews averaging 25 minutes in length. They honed in on consumer sentiment around ethical luxury with questions like, “To what extent do you pay more attention to the ethics behind your commodity purchases compared to your luxury purchases?”

Lack of concern can be attributed to peer pressure and lack of information or misinformation.

Responses were consistent. Simply put, ethics is not on the consumer radar for luxury purchases. Price differential—albeit pre-supposed—and lack of information were top concerns raised by 80 and 70 per cent of respondents respectively. Many respondents also cited the irregularity of purchase and reduced perception of peer pressure as reasons to why ethics slips on the consumer radar. These results make it clear: consumers are less likely to switch luxury brands based on ethics.

Research also revealed misconception around the production of luxury goods. “[It] is not in the conscience of everybody that a handbag or iPod comes from a raw material which has been removed from the earth by humans,” indicated one respondent. “[This] is not true for coffee or tea, because we can easily imagine a Chinese woman taking the leaves of tea, or a Mexican collecting coffee grains.”

Carving out a market for ethical luxury takes time.

So, are companies banking on ethical luxuries to attract customers out of luck? Davies, Lee and Ahonkai believe that with persistence, clarity and availability of information, consumers may begin to prioritize ethics in luxury purchases. They place luxuries in the product life-cycle position that commodities were in 15 years ago.

Such a cycle could also pick up speed. Recent tragedies in Bangladeshi garment factories put the spotlight on labour rights issues. Companies like Canadian clothier Joe Fresh, who sourced goods from one of these factories, did not escape the spotlight. A luxury product tainted by environmental or human rights abuses will find it difficult to retain luxury status.

An ethical luxury is a craft.

While ethical luxuries will be shielded in times of turmoil, companies must think long-term to be truly successful and profitable. Boasting about ethical practices attracts attention, but is also swift to trigger criticism.

Ethical luxury cannot be branded in a fiscal quarter. Years of commitment to building sound partnerships with suppliers and educating consumers will be key. As with any luxury, ethical luxury must be crafted. 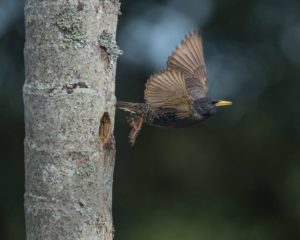 Carbon reporting is becoming mandatory for many companies. Find out how your can get ready to disclose its carbon emissions and policies. 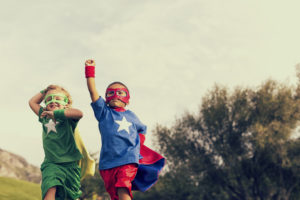 How to Motivate People Toward Sustainability

People determine the success of a company’s sustainability initiatives. Seven strategies can motivate everyone from employees to communities.