People who care about poverty in developing countries won’t necessarily pay price premiums for environmental products, and vice versa. This, according to research from a French management journal.

Anne-Sophie Binninger (IAE de Lille) and Isabelle Robert (Reims Management School) examined relationships between peoples’ values and their behaviour with respect to sustainable development. The first phase of their study was qualitative and based on 124 individual interviews of families. The second phase was quantitative, based on an analysis of 270 questionnaires.

Sustainability Is a Little-Known Concept

The second study demonstrated that an individual’s awareness of social and environmental issues influences his or her behaviour. The researchers found people understand sustainable development in terms of specific categories. They may focus on discrete issues such as poverty, pollution and companies rather than on the holistic idea of sustainability.

How People Act on Their Understanding

Based on the above two findings about how people understand and act on sustainability issues, the researchers determined there are three groups of behaviours people engage in:

This all suggests that a person who understands sustainable development in terms of social issues and who values products made without child labour may, for example, be unmoved by corporate messaging about reduced environmental impacts. And vice versa.

Managers hoping to leverage their sustainability activities should first determine their customers’ understanding of sustainable development. Better market segmentation will produce more targeted and more effective communication. These findings are similar to those in NBS’s 2009 study on Socially Conscious Consumerism, which showed there is no one profile for the “responsible consumer.”

Future research on this topic could explore consumer behaviour in response to different products, brands or companies. 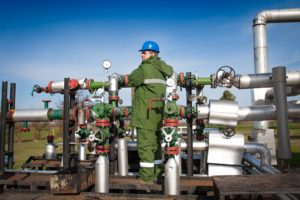 Collaboration for Innovation: Transforming the Oil Sands Together

This article is part of a series examining how business leaders are driving real change by working with their industry associations to develop industry-wide sustainability programs. For examples of Canadian industry initiatives, read NBS’s Guide to Industry-Level Sustainability Programs.