Fight Slavery in Your Supply Chain

More than 40 million people worldwide are in forced labour. Some of them may be in your supply chain. Here’s how to target modern slavery.

It can hard be to spot the signs of modern slavery. In this podcast, two experts share best practices for business on this issue. Elaine Mitchel-Hill is business and human rights lead at Marshalls PLC in the UK. Andy Crane is professor of business and society at the University of Bath.

Edited highlights from their conversation are below.

Andy Crane: It’s not like many of the pictures in our heads about slavery. It’s not people in chains. There’s a different form of control over people. Debt bondage would be the most common form of control, but there are other forms of intimidation as well — threats of violence, sometimes even just the threat of being denounced to the authorities if somebody’s working illegally.

Elaine Mitchel-Hill: It’s forced labour in terms of child labour, bonded labour and state-sponsored prison labour. All of those things would be within this modern slavery space.

Elaine: Marshalls is a hard-landscaping organization, buying natural stone from around the world. What really began our human rights journey was myself and a colleague traveling in 2005 to Kota, through India’s sandstone region, and seeing children working long hours on piles of cobblestones. The sight of that had a huge impact on us.

We began to look at how by rationalizing our supply chain and committing to certain suppliers, we could work with them on what’s become a really long journey of implementing the Ethical Trading Initiative Base Codewhich underpins our work there.

Elaine: Even if we can keep our own supply chain clean and policed, it is equally important that we work with others to address the context around those supply chains. Problems like poverty and lack of educational opportunities create conditions that enable modern slavery. Without addressing those issues, we are only policing our own supply chain, we’re not solving the broader problem.

Slavery exists in developed as well as developing countries

Andy: It happens in any country in the world, anywhere that people are vulnerable. The conditions that make people vulnerable may differ. So, in the UK it’s often immigration status or homelessness or drug or alcohol dependence, which will be exploited by an unscrupulous employer. And in developing countries, vulnerability may be due to embedded gender discrimination or child labour norms.

In the UK, we see a lot of problems happening through agency work and flexible employment. In the construction industry in particular, there are lots of small players and everybody’s outsourcing to everybody else. Workers lack full time employment and the protections that may come with that.

Andy: Elaine and I are involved in developing the Slavery and Trafficking Risk Template, which is an open access, very simple Excel spreadsheet that you can use to account for the different risks you might have in your supply chain. Maybe you rely a lot on agency workers, or source from particular countries.

Elaine: At Marshalls, we worked with a range of stakeholders, including UN agencies, anti-slavery partners, and ethical trading partners, to identify the drivers that will enable us to monitor what’s happening in all the countries we source from. Drivers like gender equality, labour rights, rule of law. We analyze our sourcing countries in terms of those indicators so we can identify where to focus our effort.

Get on the ground with supply chain and employees

Engaging employees is key to what we’re doing at Marshalls. We’ve got a growing army of modern slavery ambassadors, really strategically placed in terms of their role. We have slavery ambassadors in procurement and in the HR department, but also among the drivers of our logistics fleet. Our fleet delivers in places that law enforcement doesn’t get to, like construction sites early and late. And the drivers are aware of the signs of modern slavery and can call the police if they see something.

Elaine: It can be an indication of forced labour if there’s a small huddle of individuals who don’t speak the national language or aren’t eager to step forward, or maybe don’t have the right equipment. Or they don’t seem to have free movement — they are always accompanied or transported. The UK modern slavery helpline and app list the signs and are a good point of reference.

Andy: Identifying the signs of slavery requires good training because it’s very easy to react to indicators which might just be signs of difference, like different ethnic groups. So, I think it’s an area where we have to be very careful.

Elaine: Yes, the signs can be taken out of context. Marshalls has done human rights training throughout the organization and has a very clear code of conduct, but some organizations aren’t prepared.

Andy: There is a kind of spectrum of exploitation. If somebody’s not wearing the proper safety gear, that should be reported anyway, regardless of whether we think somebody in an enslaved situation. It’s good to empower workers to take responsibility for other workers’ safety and protection.

We need to think about how we have decent work more broadly, rather than just sweeping out the dirtiest, darkest corners. Slavery is the extreme form of a whole set of practices that are happening more generally.

Companies — and governments — are taking action

Elaine: The Modern Slavery Act in the UK came into being in 2015, and it requires organizations with a turnover above 36 million to report annually. I think there’s beginning to be positive movement, with some businesses approaching this in a find-and-fix, transparent way.

Andy: Companies now are at least reporting on what they’re doing around modern slavery and human trafficking, under legislation like the Modern Slavery Act in the UK or in the Transparency in Supply Chains Act in California. We have a new Modern Slavery Act that’s coming out in Australia this year. There are other acts around human rights in France, the Netherlands, and Switzerland. Any company that does any business in California or the UK currently has to produce a report on this issue, with board sign off.

Tiscreport.org lists 151,000 organizations worldwide that have a modern slavery statement now. So, we’re not talking about a drop in the ocean. It’s quite a groundswell of change over the last few years. 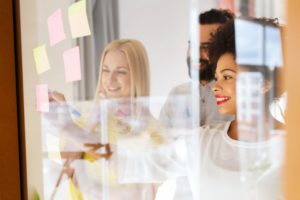 Correlation of high sustainability with higher financial performance is not new. What is new? Researchers have uncovered cultural markers for the link. 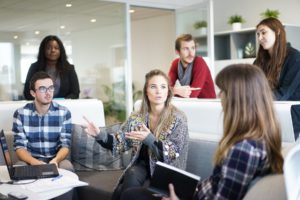 The Embedding Sustainability Working Group was launched to provide companies with research and guidance on how to embed sustainability.