How Companies Can Win with Carbon Pricing

The carbon conversation is shifting. It’s no longer about whether to put a price on carbon; it is about how to do it. Know what to expect from cap-and-trade or a carbon tax.

In Canada, Ontario is gearing up to join Quebec as the second province to implement a cap-and-trade system. Alberta is increasing the stringency of its existing carbon pricing policy and potentially considering expanding it – even oil executives are speaking up.

What are the changes likely to occur? And what do they mean for business? Here, we review the most common policy approaches and describe how businesses can adapt — and thrive.

Carbon pricing is a financial instrument that businesses and governments are using to reduce carbon emissions. Carbon pricing is generally done in one of two ways (although combinations are possible):

Through cap-and-trade systems, governments cap total carbon emissions and then give or sell companies carbon permits that add up to the cap. Companies can then trade permits with each other. Those who can reduce emissions cheaply and easily sell permits to those who cannot. The price of the permits is variable, depending on the market. But generally, the lower the cap, the higher the price.

Here, governments impose a fee on carbon: the more a company emits, the more they pay. The price determines how effective the policy will be at lowering emissions—the higher the price, the greater the reductions.

While each strategy has its advocates, carbon taxes and cap-and-trade are “more similar than different.” For example:

Differences remain, and result in specific benefits and drawbacks, shown below.

For both, success lies in the details. A cap-and-trade system introduces a ‘cap’ on emissions that should result in meaningful reductions. Such a cap should steadily and predictably decline over time. For a carbon tax, policy designers should choose a price that leads to meaningful reductions, and that slowly and predictably rises over time. Both approaches should be done in a way that does not undermine the economy.

Carbon pricing increases the cost of doing business — especially for carbon-intensive industries. But business can also benefit. Companies are encouraged to find ways to cut fuel use and reduce emissions, which can be easier than executives or managers realize.

In Norway, for example, the R&D sector has pooled resources to address carbon emissions. Projects consider different approaches to carbon capture and storage and several have already shown promise for managing emissions and for producing new forms of cleaner energy. As ScienceDaily observes, “on this technological front, there is room for not just one but many winners.”

The first businesses to develop new technology have a first-mover advantage. In 2005, China set a target of supplying 15% of their electricity from renewable sources by 2010. Today, China is a major exporter of solar panels.

Other countries are already pricing carbon, as are some U.S. states: California, for instance, implemented a cap-and-trade system in 2012. Lining up at the end of the carbon-pricing queue isn’t the best economic approach.

Yes, a carbon tax or cap-and-trade system can create a competitive disadvantage for companies that have to compete against businesses in jurisdictions that don’t price carbon.

But this effect is a small, short-term disadvantage that can be overcome by strategic business decisions that produce real innovation, as well as good policy design.

The technology, products, and processes companies develop in response to carbon pricing will ultimately reveal new opportunities. As a practitioner, will you produce them or pay for them? 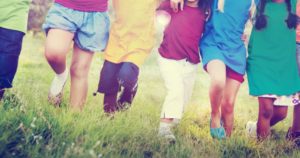