How to Adopt a Cooperative Business Model

Capitalism built around investor-owned companies is struggling to meet society’s needs. Nathan Schneider (University of Colorado Boulder) argues that cooperatives could do better.

Starting or running a business? A cooperative model might help you do it better.

While our economy keeps getting more efficient and generating more value, most people are getting a smaller and smaller portion of it. The investor-owned companies that dominate our economy are geared to maximizing shareholder value, more than pleasing customers, creating jobs, or benefitting society.

Cooperatives are a different way of doing business. They have been around since the 19th century, but many people aren’t familiar with them. They’re likely all around you, blending in with for-profit enterprises but serving a very different purpose.

In this article, I’ll describe what makes a cooperative and how you can build the principles into your enterprise. I’ll describe advantages and disadvantages and how cooperatives are being retooled for the modern era. These ideas are adapted from my 2018 book, Everything for Everyone: The Radical Tradition that Is Shaping the Next Economy.

What makes an enterprise cooperative

Cooperatives are based on the idea that those who use an enterprise — the members — should also own and govern it. Cooperative members decide to produce, how to do it, and what to do with the profits. The goal is to make businesses truly accountable to those they claim to serve.

A co-op’s members might be individuals, or businesses, or other co-ops. Cooperatives of any substantial size hire staff to manage the day-to-day, but for big decisions or board elections, the rule is one member, one vote.

As co-owners, members receive dividends from the enterprise’s profits, proportional to how much they have spent. Members can also choose to reinvest dividends to develop the cooperative.

The International Cooperative Alliance, an international non-profit, identifies seven principles of cooperatives. In addition to member control, these principles also stress voluntary and open membership – no discrimination – and concern for community. Cooperatives must aid not only their members but the broader society.

Cooperatives aren’t all or nothing.

Businesses can also take partial inspiration from the co-op model. For example, Employee Stock Ownership Plans (ESOPs) give employees an ownership stake in the company. Trusts are another strategy; they can hold some or all of a company’s stock on behalf of certain beneficiaries, such as its workers, or in service of a social purpose.

Many emerging business models draw on the co-op idea; while they aren’t formal co-ops per se, they can still gain some of the benefits. In my recent work on the idea of an “Exit to Community” for startups, we’ve been exploring a wide range of models for shared ownership.

Globally, commonwealths are a major market force. The largest cooperatives generate about $2.2 trillion in turnover and employ about 10 percent of the world’s employed population. For example:

The case for a cooperative business model

Cooperatives have advantages over investor-owned or purely for-profit companies. For example:

Cooperatives are innovative, often identifying a missing market. They’re a ground-up approach; traditionally, they have evolved when people have to figure out how to do what no one will do for them.

Cooperatives can have lower costs. Volunteerism and sweat equity reduce start-up costs, and co-ownership can mean lower transaction and contracting costs. When people trust each other as co-owners, they can cut fair deals more easily.

Cooperatives are more resilient. They have a lower chance of failure, especially after the startup phase, and greater resilience in downturns (likely due to shared sacrifice and greater risk aversion).

Today, as digital firms dominate the economy, the democracy of cooperatives has even more appeal. It can provide safeguards around data privacy and labour conditions, both under threat.

Cooperatives have disadvantages as well. Raising capital is a challenge in an economy designed for investor ownership. Lenders and investors expect businesses to be owned by a small group of founders, not a community of members; we need policies that can change that.

Cooperatives can become stuck in their ways. Investor-owned businesses attract investor-owners by promising to exceed expectations; co-ops tend to attract members by meeting known, day-to-day needs. We need to ensure that the co-ops have built-in incentives not just to meet member needs but to help prepare members for uncertain futures.

Over the years, many large, established cooperatives – like credit unions and mutual insurance giants — have lost the kind of member involvement that they had at their founding. They have low member turnout in board elections, for example. They’ve also often become conservative and hesitant to adopt new ideas. Some organizations, like We Own It, are organizing co-op members to re-activate their democracy.

Newer cooperatives often have different goals than their predecessors. They want go beyond serving their members to do good in the broader world. They can adopt complex, multi-stakeholder ownership structures to address complex challenges; many new co-ops, for instance, have separate member classes for workers, users, founders, or outside investors. Co-ops increasingly view themselves as social entrepreneurs and secure B Corp certifications, based on metrics of social impact.

Brianna Wettlaufer, an executive at image provider iStock, was frustrated that the imperatives coming from the company’s investor-owners required her to keep payments to independent artists. She left iStock and founded Stocksy United. It’s an artist-owned cooperative, where 50%-75% of all licenses go directly into contributors’ pockets. Stocksy presents its value proposition: “The sense of community and ownership felt by our members drives a greater level of passion into their work, resulting in inspired imagery of the highest quality.”

Namaste Solar is a worker co-op solar utility company based in Colorado. By combining and connecting different co-op models, the founders of Namaste have achieved both a successful local business and national-scale impact on their market. Namaste organizers created Amicus Solar, a purchasing co-op that allows other small solar utilities across North America to buy equipment together, dramatically lowering costs. Namaste has also spun off the Clean Energy Federal Credit Union to assist with financing.

Be part of cooperative change

Cooperatives provide an imaginative, exciting, possible future. In my Media Enterprise Design Lab at the University of Colorado, we explore some of the ways that cooperatives are evolving. Check out our work – and share your ideas for an economy that better addresses society’s needs. 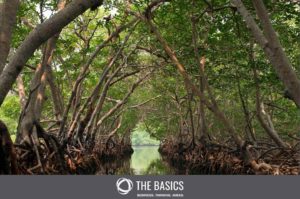 What Is Business Sustainability?