It Isn’t Easy Being Green: What Sustainability Really Takes

I remember a time when Anita Roddick, founder of The Body Shop, was going to save the planet. Anita claimed to have made social and environmental action part of her company while building it into a global brand. In 1995, I saw her give a stirring call for new leadership at a national meeting of business academics. She argued that all companies could be profitable and sustainable if they only were willing to break away from traditional business thinking and norms. Although the room where she spoke was filled with usually cynical academics, it crackled with excitement and applause. A woman standing next to me wept in relief. There was a way to avoid looming environmental destruction.

A few years later, I talked with a leading business consultant about his ideas for sustainable business. He said that if we could just get a few CEOs to “get it” like Anita we could save the world. We just had to help them see that their companies could be green and competitive, that environmental improvements came at no cost, that savings were everywhere. If CEOs fully unshackled their minds, they might even be able to solve world poverty because profits waited for those who decided to sell products to people at the bottom of the world’s income pyramid. Business could be a profitable and positive source for sustainable development.

How times have changed! Not long ago, I ran into that same business consultant again. He had left early from a meeting on sustainable business and was sitting on the steps waiting for a cab. “I used to think we just needed a few executives to ‘get it,’” he said, “Now I’m not so sure.” Most of us who care about sustainable business have come to feel similarly disheartened. The promised revolution never happened. The easy integration of sustainability and profit that Roddick spoke about has come to look harder. Indeed, many of the early claims, including those of the Body Shop, now appear to have been cynical marketing tricks. Many other proposed easy solutions have been endorsed enthusiastically, only to be rejected and abandoned. Optimism about the scale of win-win benefits has narrowed from a “free lunch” to a “free cracker.”

It is time to admit what we all know. Protecting the planet is going to require more than a few enlightened CEOs who can play the game better; it is going to require better rules for play. If we really care about protecting the resources and natural beauty of the world, then we need to embed the incentives for such protection into the rules for how our society and economy function.

For some environmental problems, small and local experiments may help define and demonstrate superior rules of the game. For example, the city of San Luis Obispo banned smoking in bars and restaurants. Remarkably, restaurant revenues actually increased. Soon other cities in California adopted the ban and new rules quickly caught on nationally.

Addressing larger problems may require the organizing power of international corporations. Such firms are well suited to take on the role of rule-makers. Their resources often rival that of those of mid-sized nations. Their span of operation can be global. They have an incentive to ensure that the business game is efficiently played. Yet, as Adam Smith once noted, firms also have an incentive to conspire against the public. Guarding against this is where scholars can be helpful.

Scholars can have an important role in sifting through proposed new rules for governing the business competition. We must evaluate whether proposed rules provide for the common good or allow firms to conspire to increase their share. We must identify which set of new rules really leads to better outcomes, and we need to ensure that we call it like we see it – even when that goes against our hope for some marvelous and inexpensive solution.

Andrew A. King is Professor of Business Administration at the Tuck School of Business at Dartmouth. He is a leading authority on environmental performance and innovation. His research established whether and when firms can find ways to profitably reduce their impact on the environment. His research now explores open source innovation and knowledge sharing. He has been a Marvin Bower Fellow at the Harvard Business School, an Aspen Institute Faculty Pioneer and an Academy of Management Journal Best Paper Award winner. Andy holds a BA from Brown University, an MS from the University of California, Berkeley and a PhD from the Massachusetts Institute of Technology. 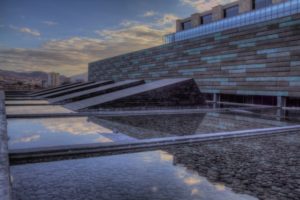 Apply collaborative community development to boost the social legitimacy of your firm and drive regional sustainability in communities where you operate.