New polls frequently announce that a significant proportion of the population is concerned about an issue or willing to sacrifice for a cause – from environmental sustainability to third world debt. The polls create the sense of a public mandate for action on these issues. However, standard polls don’t accurately measure people’s true beliefs.

Case in point: surveys always indicated that Australians were very concerned about the environment. But after the government proposed a carbon tax, support for this environmental issue quickly declined. Suddenly, people realized that their support had consequences.

Getting at people’s true beliefs

My colleagues and I developed a polling methodology that makes consequences real and gets at people’s true beliefs. Our approach assesses the relative value that people place on different issues, forcing individuals to make realistic tradeoffs. In other words, rather than being asked their opinion of an issue generally, individuals have to choose among issues in a way that reveals what truly matters when something must be taken off the table.

We have polled almost 10,000 people in Australia, Germany, the UK, and the United States. We’ve found basically identical results across countries. Our findings for Australia are below. This graph outlines the relative issue salience, or importance, for Australians of 16 general categories of social, economic and political issues (underlying these categories are 113 individual issues). The graph is read as indicating the likelihood (from 0 percent to 100 percent) that when an item appears it is considered to be salient (the ratio of the numbers indicates the odds that one issue dominates another).

Our findings and what they mean for sustainability…

We find proximity matters: people care about issues close to their daily lives. The issues of high concern to the survey respondents included food and health, crime and public safety, access to services, equality of opportunity, and individual economic well-being. Issues that are more distant were lower priority.

It’s not clear why environmental concern is decreasing in the countries studied, although we do know the change is not related solely to the global financial crisis. Perhaps the high level of concern revealed in 2007 – the first year we studied – was an anomaly. In 2007, Al Gore won the Nobel Prize and an Oscar for his climate change work; the year was a public relations watershed for the environmental movement. The lower results in 2011 may well represent a more realistic view of people’s long-term values.

What is clear is that the global environmental movement is facing an uphill battle to keep key sustainability issues on the agenda against issues that seem more relevant to individual members of society.

The lesson for sustainability advocates?

Make environmental issues as relevant and personal as access to medicine or freedom from discrimination. Individuals will prioritize sustainability issues if the issues are critical to everyday life.

Consider climate change: people care about local heat waves more than the fate of polar bears in the Arctic. They care about potential toxins in household products more than international pollution treaties. Companies must understand this – and frame sustainability issues so they hit home.

Advocates should be wary of speaking in grand terms – such as Greenpeace’s recent declaration that it is moving to a “war footing” to protect the world’s oceans. Disappointing though it may be, ordinary people are motivated to act, not by a higher noble cause, but when they feel their basic rights and livelihood, and that of those around them, are affected.

Our first report, highlighted above, examines survey results from more than 3,000 people in Australia in 2007 and 2011. The full report is available for download here. The reports on the United States, Germany and the United Kingdom will be available in September 2012.

Timothy Devinney is a Professor of Strategy at University of Technology, Sydney. He has held positions at the University of Chicago, Vanderbilt, UCLA and The Australian Graduate School of Management. He has worked and consulted with many corporations, including Apple Computer and Mobil, as well as governments and non-profits. He is a fellow of the Academy of International Business, a recipient of an Alexander von Humboldt Research Award and a Rockefeller Foundation Bellagio Fellow. He is Co-editor of The Academy of Management Perspectives and Advances in International Management. 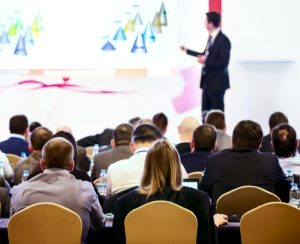 Will Stretch Goals Help or Hinder Your Firm?

Some managers and executives think stretch goals can light a fire under the company, propelling the firm to new levels of performance. However, researchers from Duke, NYU, Penn State and the universities of Houston and Maryland suggest, that for many organizations, stretch goals can actually hurt performance. 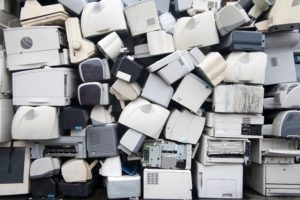 Why is “Consumer” a Bad Word?

Sustainability requires that we be sustainers or customers, but not consumers. “Consumer” is banned because consuming is unsustainable.