Understanding Why a Technology Triumphs

Renewable energy can seem a peaceful landscape of sun and wind, but different technologies are busily competing. Joern Hoppmann explains why some triumph.

The Role of Government Policy in Renewable Energy Innovation

The field of renewable energy might seem a peaceful landscape of sun and wind. But to researcher Joern Hoppmann (ETH Zurich), the renewable energy market is a cutthroat chess match with different technologies dueling for supremacy.

“There are so many different types of renewable energy technology,” says Hoppmann, “and tremendous variation even within the market, such as in the field of solar photovoltaics. And each technology wants to make it from the research stage, to commercialization, to consumers.”

Hoppmann and his colleagues were recently named runners-up for the Research Impact on Practice Award for their article: The two faces of market support: How deployment policies affect technological exploration and exploitation in the solar photovoltaic industry. The Research Impact on Practice Award is given annually to recognize research that provides actionable insights. It is sponsored by NBS and the Organization and the Natural Environment (ONE) Division of the Academy of Management, the professional association for management researchers.

In the renewable energy market, start-ups and established companies battle to develop their technologies and bring them to market. They compete to attract investors and meet consumer needs.

By studying several firms in detail, the project initiated by Hoppmann and colleagues Michael Peters, Malte Schneider and Volker Hoffman examined how firms perceive and respond to policy incentives.

They found deployment policies help firms innovate. The growing market attracts investors, generating revenue firms can invest in research and development. But government support can also lead to “technological lock-in,” where one technology controls the market and squeezes out valuable but less developed alternatives.

It’s essential that deployment policies “maximize their effect on technological innovation,” says Hoppmann, so that “clean energy technologies become cost competitive with fossil fuel-based electricity generation in the longer run.” Policies must support both “exploration” — new technology development — and “exploitation,” or commercialization and marketing to consumers.

“In recent years, governments around the world have spent billions of dollars to support the deployment of clean energy technologies,” notes Hoppmann. “We were surprised to learn that neither policy makers nor corporations had thought much about how the policies put in place affected firm-level innovation and technological diversity.”

The research team’s results have already been considered in political debates in Germany, Switzerland and the US.

The Energy Sector Will Look Different in the Near Future

In the coming years, more households will generate their own electricity. Utility companies, after years of being the primary energy generators for communities and businesses, will need to develop new business models. And all businesses will have to adapt to the changing energy landscape.

Deployment policies are one of the key drivers of this ongoing transformation. Understanding their effect is critical not only for producers of renewable technology but also for firms using and producing conventional energy technology.

Joern Hoppmann is senior researcher at the Group for Sustainability and Technology (SusTec) of ETH Zurich. His research centers on organizational learning and technological innovation in the energy sector, especially solar photovoltaic power.

Michael Peters is an Engagement Manager with McKinsey & Co and an expert on issues related to the energy sector. He received his PhD from ETH Zurich, doing research in the Group for Sustainability and Technology (SusTec).

Malte Schneider is a former senior researcher with the Group for Sustainability and Technology (SusTec) of ETH Zurich. He currently serves as the director of the German office of Climate-KIC, the EU’s main climate innovation initiative.

Volker H. Hoffmann is Professor for Sustainability and Technology at the Department of Management, Technology, and Economics of ETH Zurich. His research centers on corporate strategies with respect to climate change, with a focus on climate policy, energy policy, and innovation. 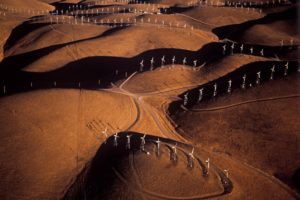 The primer is designed for professionals with limited experience in CSR who want to learn about the effects of climate change on business.

Getting Neighbour Buy-In at the 50-Yard Line

How Canadian football team the Montreal Alouettes turned out the lights, turned down the volume and got more fans to the game