A hedge fund is a specific type of investment partnership. Many hedge funds are “passive,” investing in businesses and waiting for returns. “Activist” funds, by contrast, invest in order to influence a company’s management and strategy. They aim to change governance structures, operational priorities, and management decisions in order to dramatically improve short-term financial performance and provide value to shareholders.

This account of activist hedge funds’ impacts comes from new research by Mark DesJardine (Penn State) and Rodolphe Durand (HEC Paris). They studied 1,324 firms that were targeted by activist hedge funds between 2000-2016. Targeting occurs when an activist hedge fund acquires shares in a company with the explicit intention to influence the control or management of a company. The researchers also interviewed numerous activist hedge fund principals and founders and the leaders of two multinational firms recently targeted.

Activist hedge funds want to improve companies’ market value: to raise the stock price so that the they can sell shares at a profit. “I have never seen a case [of hedge fund activism] where shareholder returns is not number one,” the founding manager of a prominent US hedge fund told the researchers.

Most activist hedge funds focus on quick profits, typically selling their stakes between one and two years after purchasing them. During that time, they commonly increase stock price by demanding that firms cut costs or divest assets. Activist hedge funds also use proceeds from these sales to redistribute cash to shareholders through share buybacks and dividends.

As short-term shareholder benefits take precedence, the interests of longer-term shareholders and other stakeholders fall in priority. Several fund managers told the researchers that corporate social and environmental efforts appear as an extra cost that can be cut to immediately improve returns; they are unnecessary “fat.” Corporate social and environmental efforts often aim to create long-term value, beyond the average hedge fund’s horizon.

Ironically, even company efforts to fight off activist hedge funds can lead to drastic changes. Because activist hedge funds usually control a relatively small percentage of the company’s stock, the hedge funds will often try to win over other shareholders by arguing that a company is mismanaged. In response, targeted companies may try to boost their own stock price, in ways that echo an activist hedge fund’s proposed strategy. After his company was targeted, one CEO told his top 500 managers to “not work on anything in the next 9 months unless it has a direct effect on short-term profitability.”

The pressure of a hedge fund attack can have grim consequences throughout a company. A senior executive of a targeted company explained: “You get this pressure during a battle like this.… The pressure goes down the lines to your operational people, saying, ‘Keep moving, work harder, we got to make money.’ And from this, I think, there can come this rash of health issues and deaths all the way down the line. Your company has to perform better, but to do that you have to put people at risk.”

Ironically, strong social and environmental performance can make companies vulnerable to activist hedge funds, DesJardine and Durand found in other research, with Emilio Marti (Erasmus University). Companies who spend more on CSR than their peers are more likely to be targeted.[1] Activist hedge funds lack reliable information on potential targets, and may interpret spending on social and environmental initiatives as a signal that the company is wasteful.

How to Protect Sustainability and Long-Term Value

Activist hedge funds have targeted many leading companies, from 3M to Unilever. But you are not powerless to resist them. Here are four actions to take.

4. As an investor, reconsider your investment portfolio. Pension funds and endowments have been primary investors in activist hedge funds in recent years. Many individuals, through retirement plans or other investments, are personally invested in activist hedge funds — which may contradict their social priorities.  Alternatives exist in sustainable finance and impact investing.

For advising on shareholder activism and/or models based on these data, contact Mark DesJardine at desjardine@psu.edu.

[1] A company’s probability of being targeted by an activist hedge fund increases from roughly 3 per cent to 4 per cent per cent when its corporate social responsibility (as measured by KLD) increases by one standard deviation above the average level of CSR. When a firm’s CSR increases by two standard deviations above the average, its probability of being targeted nearly doubles, rising to 5.1 per cent. 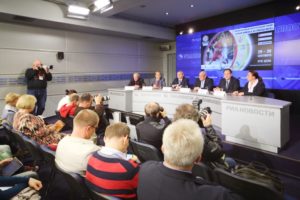 Building firm reputation through good CSR strategies can drive financial performance and improve your corporate perception on the market. 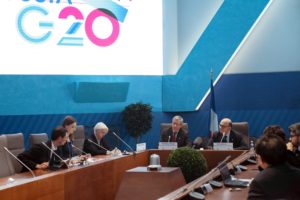